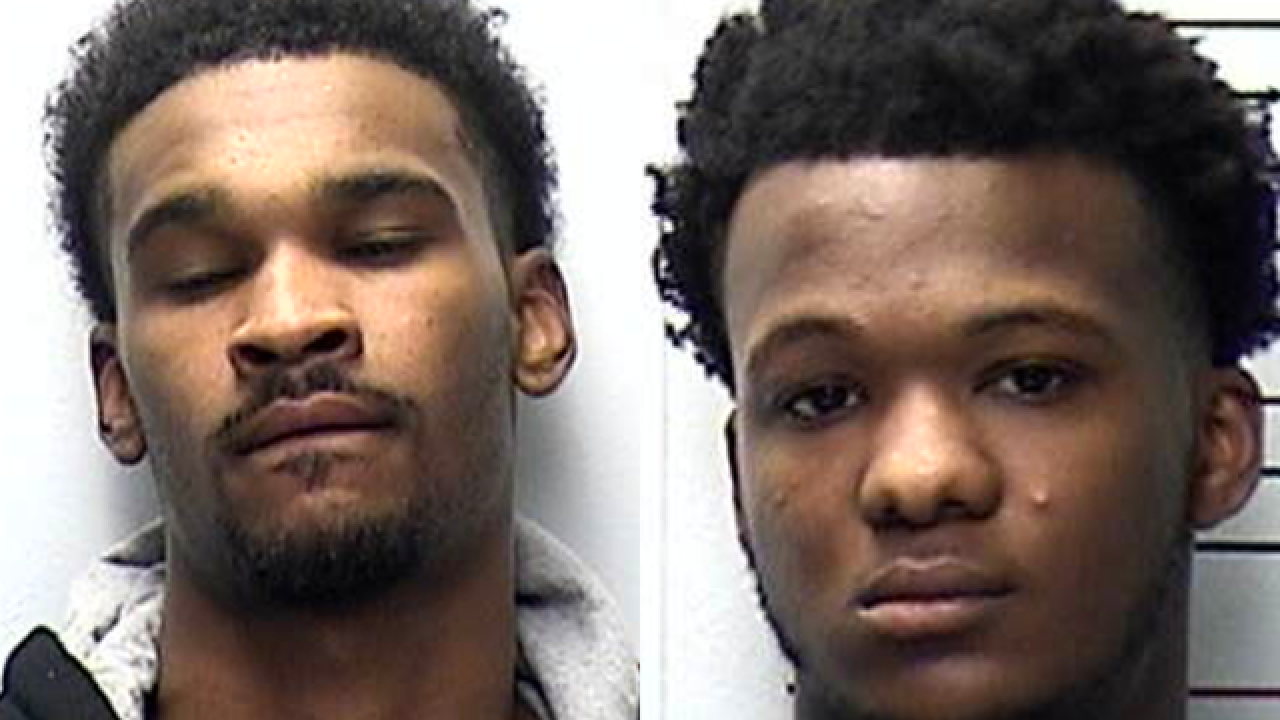 Copyright 2018 Scripps Media, Inc. All rights reserved. This material may not be published, broadcast, rewritten, or redistributed.
<p>Cameron Redd (right) and JaMical Lamar Betts (left), both 19, have been charged with aggravated robbery.</p>

MIDDLETOWN, Ohio -- A pair of thieves had fewer than 10 minutes to enjoy their getaway from a Middletown Rite Aid before police crashed their party, according to a Facebook post from the Middletown Division of Police.

Police said JaMical Lamar Betts and Cameron Redd, both 19-year-olds, had been arrested and charged with aggravated robbery on Friday. A delivery driver helped officers locate the suspects and their car.

"Thank you to our citizens who stepped up quickly to point out descriptions and direction of travel," the Facebook post reads. " That's what it takes."

It's been a bad week for thieves in Middletown generally, according to police. Michael Adkins, a 27-year-old man whom authorities believe robbed a River Valley Credit Union on Thursday, was arrested near the Middletown Shopping Center after a foot chase involving both Middletown officers and Ohio state troopers.

Adkins stands charged with a felony count of robbery.