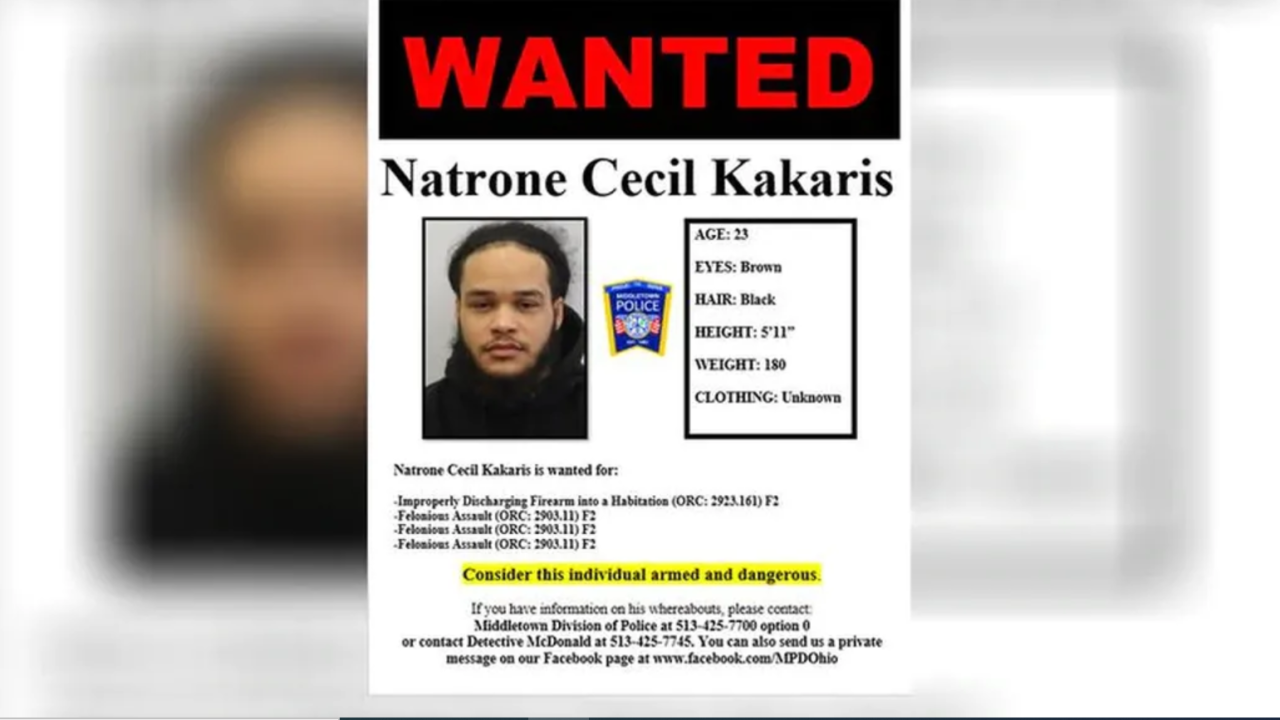 MIDDLETOWN, Ohio — Middletown police are looking for a man described as “armed and dangerous“ who is a suspect in a drive-by shooting during the early hours of Aug. 16, the Journal-News reports.

Last week police alerted the public to the search for Natrone Cecil Kakaris, 23, of Middletown. He is wanted for improperly discharging a firearm into a habitation and three counts of felonious assault. He lives in the 3100 block of Wilbraham Road, according to court records.

Police Chief David Birk said Kakaris is accused of firing shots 2:30 a.m. Sunday from a car at a residence in the 1200 block of Baltimore Street. A male was shot in the leg and received non-life-threatening injuries.

A male caller screamed for the police, saying someone had shot at his house.

“I need the police, My son’s been hit …. Somebody is shooting at my house, they just drove by twice … I just got shot at too,” the man said before telling the dispatcher he was going to get a weapon.

Two callers provided a description of the car involved and a direction of travel. One caller said the vehicle hit a car as it was driving away.

A Middletown patrol officer located a silver Dodge Magnum that matched the description of a vehicle seen leaving the area shortly after the gunshots, but no one was inside, Birk said.

If you know his whereabouts, you’re asked to call Middletown police at 513-425-7700, Option 0; or detective Brook McDonald at 425-7745. You can also send a private message on the department’s Facebook page.