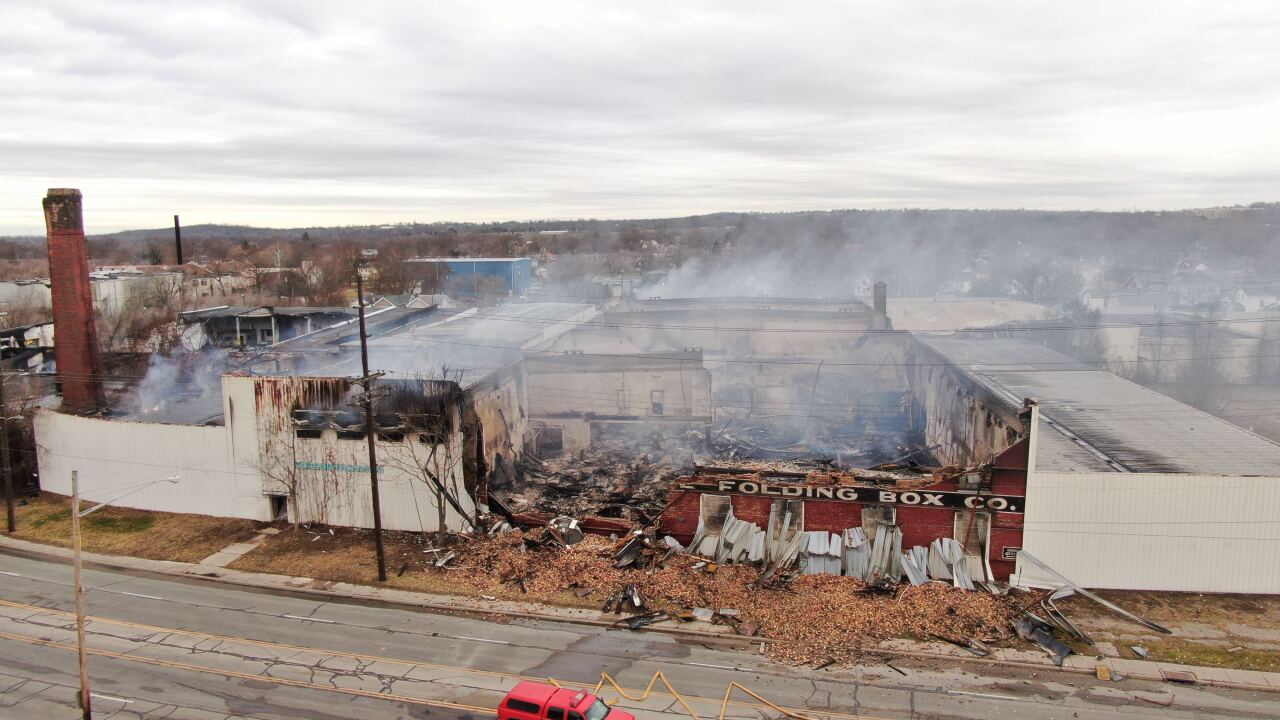 Copyright 2020 Scripps Media, Inc. All rights reserved. This material may not be published, broadcast, rewritten, or redistributed.
Dwayne Slavey
default

MIDDLETOWN, Ohio — A Middletown man has admitted to starting a New Year’s Day fire at the former Middletown Paperboard complex, the Journal-News reports.

Joshua Lamb, 35, was charged with arson, a fourth-degree felony, and aggravated arson, a second-degree felony, for starting the fire at 300 S. Verity Parkway that burned for days.

Lamb, who has been held since January in the Butler County Jail in lieu of $20,000 bond, pleaded guilty on Tuesday in Butler County Common Pleas Court to the arson charge. The aggravated arson charge was dismissed.

In June, Lamb’s attorney, Ramona Daniels, raised concerns about competency and entered a not guilty by reason of insanity plea on his behalf. Pater ordered a psychological forensic examination of Lamb. After reviewing the results, he declared Lamb competent.

During a preliminary hearing in January, Middletown Detective Steve Winters said Lamb, who is homeless and was sleeping in the building, told him he started the fire. When he walked away to get more wood, his bedding caught fire, and he fled the scene in the early morning on New Year’s Day.

The fire at the abandoned building burned for days and cost the city an estimated $130,000 in demolition costs and firefighter overtime. The 11-acre site of 61 parcels had an estimated 400,000 to 600,000 square feet of space.