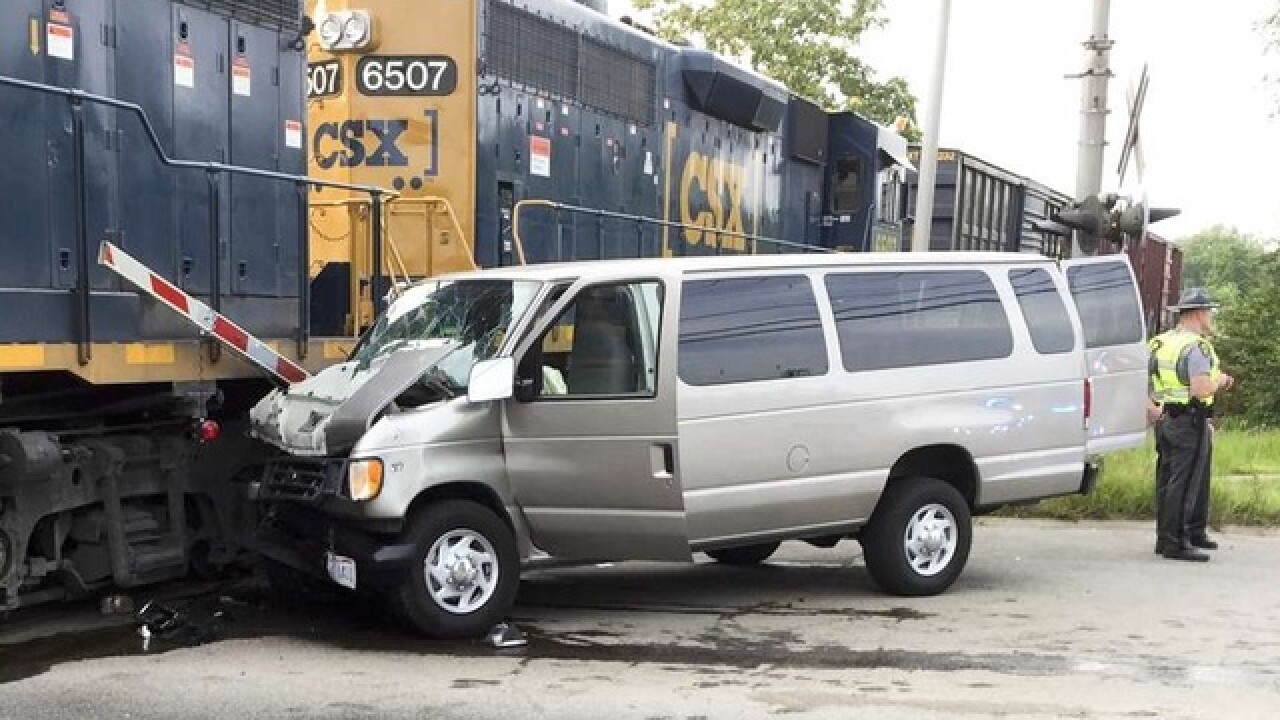 MIDDLETOWN, Ohio — The woman behind the wheel in a deadly train-church van crash in Middletown last summer is now charged with aggravated vehicular homicide and two other felonies, the Journal-News reports.

Judith Ashley, 63, was the driver of a Church of Mayfield van on July 28 when it collided with a CSX trail on 14th Avenue, killing 64-year-old Janice Martin and injuring nine children.

Ashley told two Middletown paramedics at the scene that she had been “taking Vicodin and Adderall all day,” according to the Ohio Highway Patrol’s initial crash report obtained by the Journal-News.

Vicodin is a prescription pain killer, and Adderall is used to treat conditions such as narcolepsy and attention deficit hyperactivity disorder.

Investigators have looked into possible reasons why someone would drive into a train, including the possibility of any significant distractions, vehicle defects, impairment and Ashley’s medical condition.

“My client was involved in an accident. It was not intentional,” Ashley’s attorney, Jerry Bryant, previously told this news outlet.

Bryant said Ashley had a prescription for medication, but said he has not seen the test results of the blood sample taken from Ashley.

“This has decimated her life. Her friend was killed,” Bryant said, adding that the railroad violated two statues at the crossing.

Bryant said the train has to stop before the crossing and an engineer gets out and presses a lever to activate the lights and alarms.

“They are required to wait 20 seconds. We do not think they did,” Bryant said, adding the railroad also failed to keep the area free of brush.

Butler County Prosecutor Michael Gmoser said in April the presentation of the case to grand jury was held up because a key witness was injured in a car accident and could not testify.

Ashley and Martin had been picking up children for an evening vacation Bible school at the church when the crash occurred.

Martin, of Middletown, died from blunt force trauma to the chest after being transported to Atrium Medical Center.

The nine children in the van, ages 4-10, were treated and released from Atrium Medical Center and Cincinnati Children’s Hospital Medical Center, according to the church.