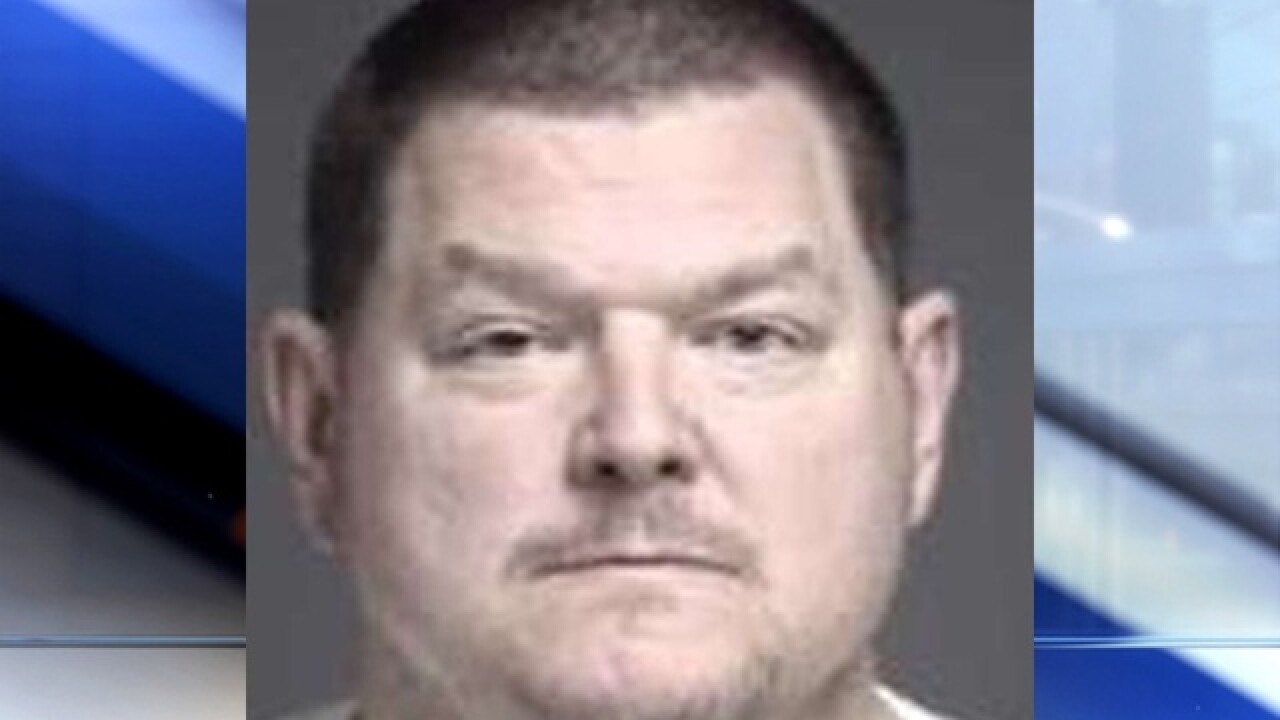 WARREN COUNTY, Ohio -- A Middletown High School teacher and assistant football coach is behind bars charged with misdemeanor domestic violence after an incident at his Clearcreek Twp. home involving his adult son, the Journal-News reported Monday.

Alex E. Frueauf, 50, was taken into custody about 5:30 p.m. Saturday after Clearcreek Township Police responded to a 911 hangup, according to the police report from Officer Charles Sweet.

Sweet found Alex Frueauf, his wife, Tracy, and their son, 21-year-old son Chalmer, in the foyer of the house.

Tracy Frueauf told the officer the Chalmer had returned home from college on April 26 and there had been trouble ever since, according to the report. She said her son had been in her face and cursing at her.

She told police they had tried to help her son, who was “doing drugs” at school, but they were not putting up with his behavior anymore.

Chalmer Frueauf requested to talk with the officer alone. He said he had been to counseling for anger management that morning and had been arguing with his mother. Chalmer told the officer that he was angry and did say he cursed at her.

Alex Frueauf confronted him when he heard the yelling, Chalmer told the officer, according to the report.

Sweet said he observed a large red area on the right side of Chalmer’s back and that Chalmer was crying during their conversation.

Tracy Frueauf told the officer when her son got in her face “she was fearful of the confrontation and where it would lead.”

She said Alex pushed her son when he got in his face and that Chalmer had fallen to the floor in a “dramatic fashion.” She added her husband nudged Chalmer with his foot to get him off the floor.

Alex Frueauf told the officer he heard the argument between his wife and son and told Chalmer to show his mother some respect.

“Alex Frueauf advised that Chalmer Frueauf stated ‘you are not bad ass enough to make me stop…,” according to the report.

When Chalmer got in his face, Alex Frueauf told the officer he pushed him causing him to fall to the floor.

“Alex Frueauf stated that he ‘nudged Chalmer Frueauf with his foot to see if he could respond,’” according to the police report.

When Chalmer Frueauf got up, he threatened to call 911 and the parents told him to go ahead.

Frueauf is a science teacher at Middletown High School. He was named last month as an assistant football coach for the Middies.

“This is currently under investigation and the district is gathering information,” said Destini Burns, district spokeswoman.

Frueauf is scheduled to be arraigned in Warren County Court at 10 a.m. Wednesday.