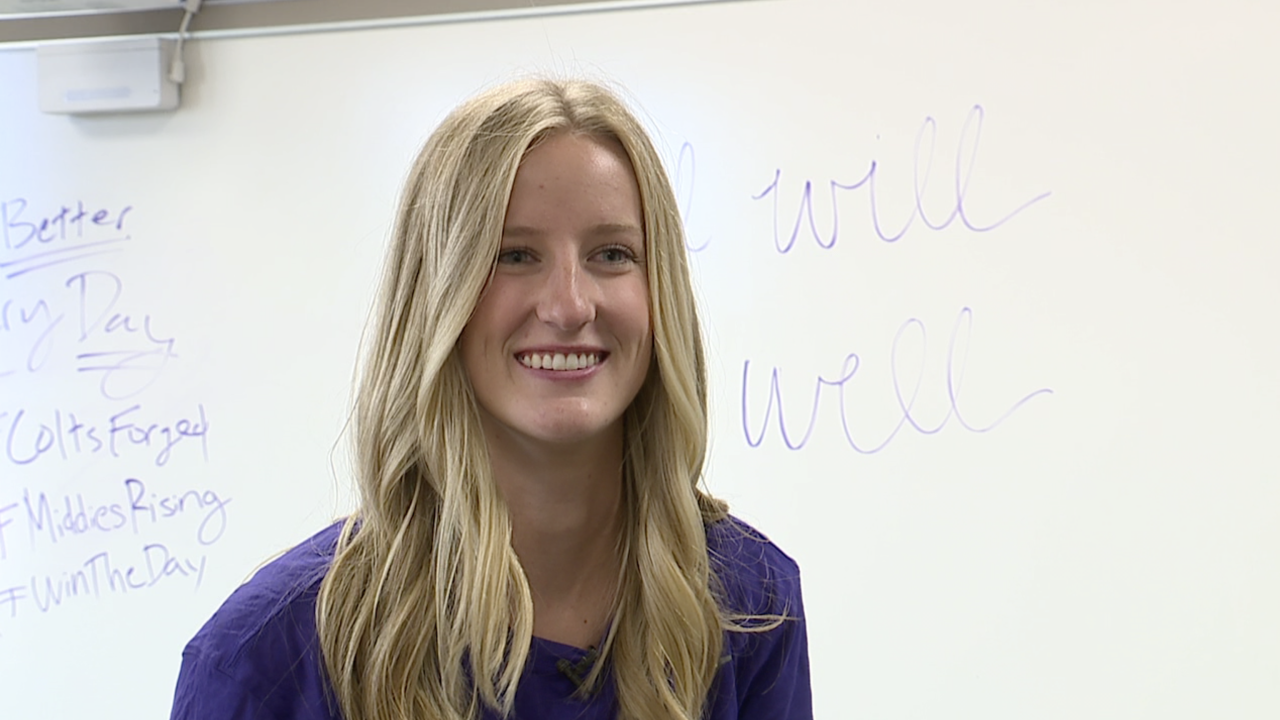 Copyright 2019 Scripps Media, Inc. All rights reserved. This material may not be published, broadcast, rewritten, or redistributed.
Terry Helmer
Rachel Sutphin starts her first day as a teacher at Middletown Middle School on Tuesday, Aug. 13, 2019. 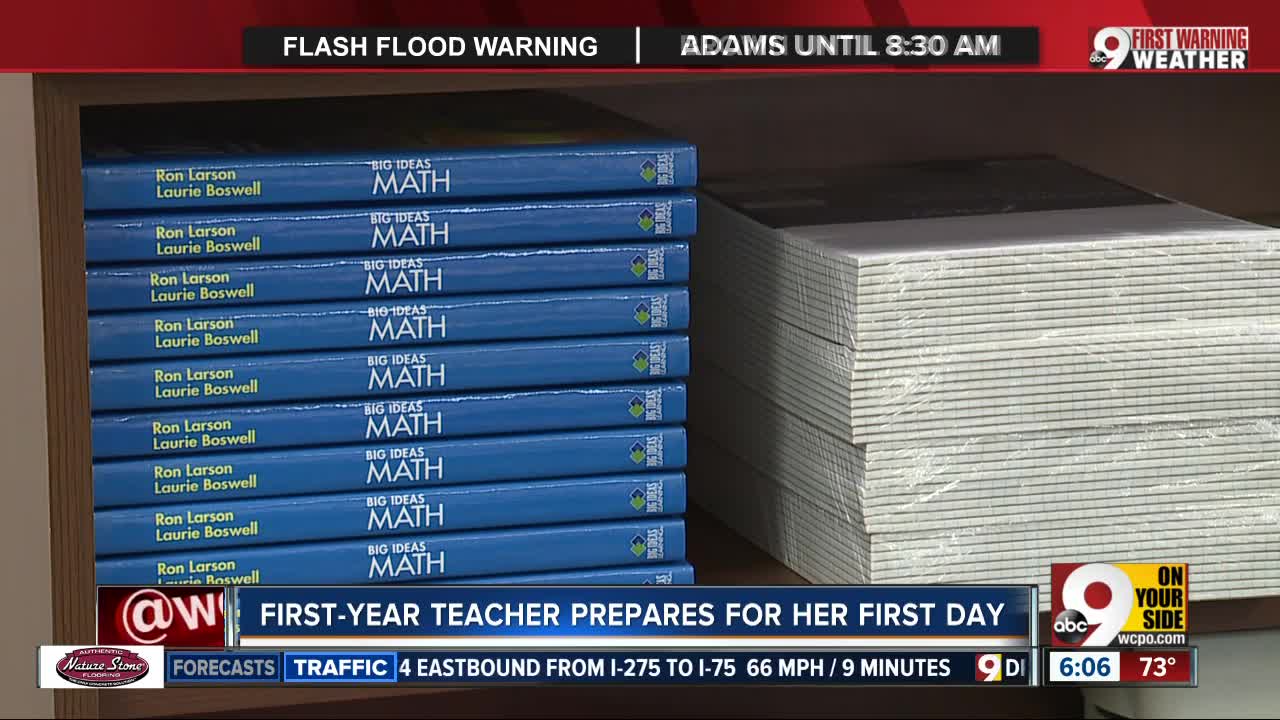 MIDDLETOWN, Ohio -- Rachel Sutphin hadn’t even heard about Middletown until a job fair.

She had planned on “playing it safe” and going home to Columbus after graduating. But the Miami University alumna is teaching her first ever first day of class at Middletown Middle School on Tuesday.

Sutphin, one of six pre-algebra teachers, said she remembers what it’s like to be nervous as a student on the first day.

Now, she’s feeling the anxiety as a first-year teacher.

"I'm trying to not let the fear and nervousness trump any kind of joy and excitement that I have because this is such a gift to be able to walk in here on Tuesday and have 30 kids ready to learn,” Sutphin said.

She said she accepted the job at Middletown because of the culture in the district and the passion of the administrators.

Sutphin said she hopes to teach more than math; she wants to have conversations with her students about how they can grow.

“So if we are struggling one day, what can we point to … I am rooted in knowing there is only one of me and I'm made very well,” Sutphin said. “And if kids aren't believing that I can be like, ‘Nope, remember what we're rooted in. This is where we're growing from, this is the soil that we're growing from.’"