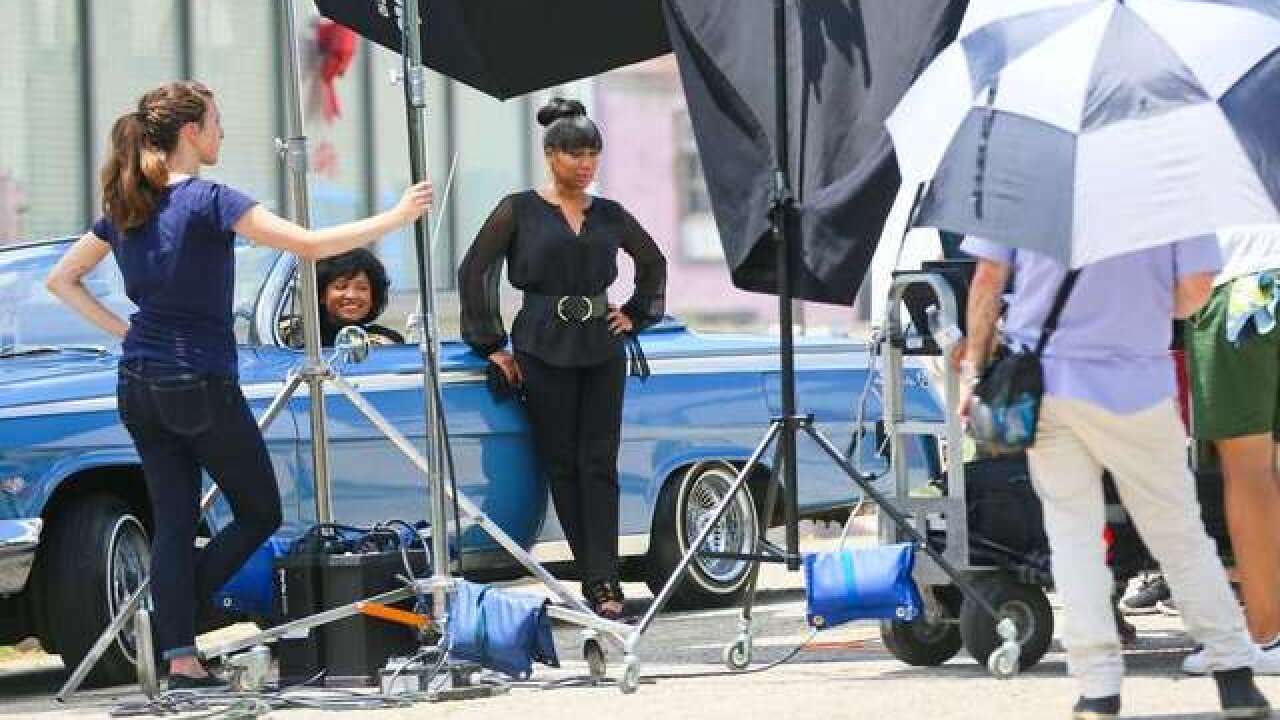 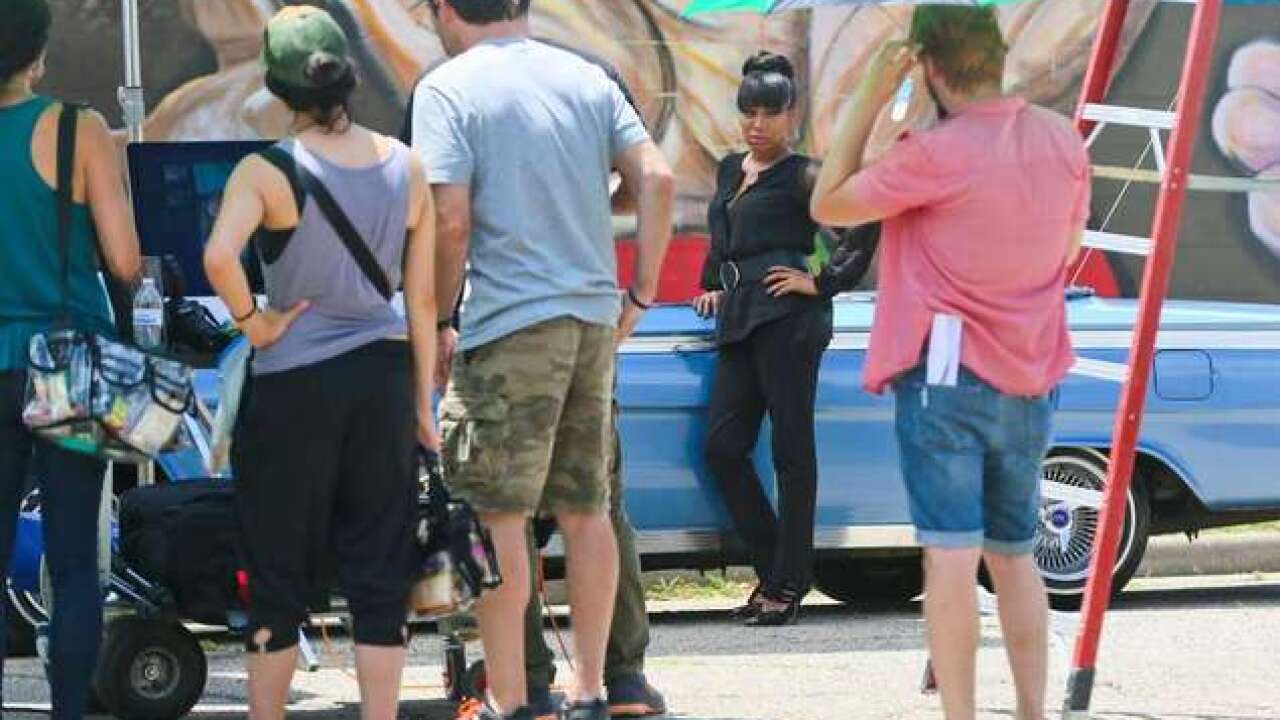 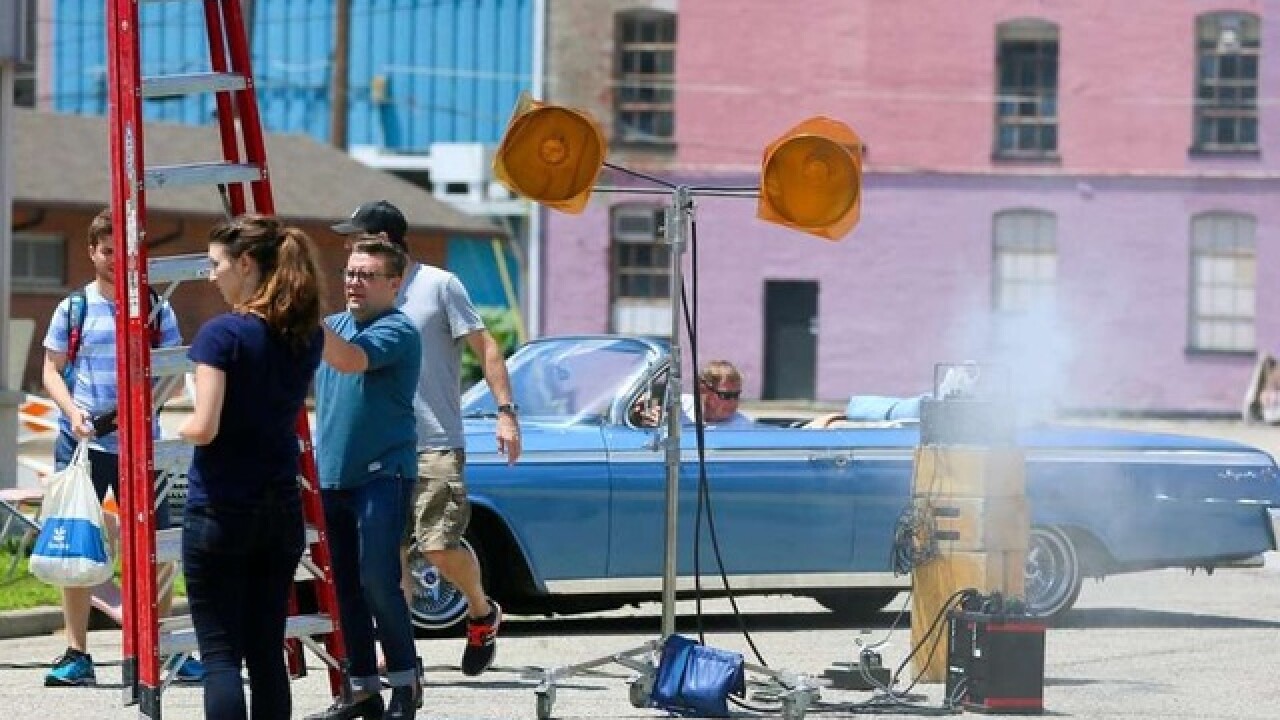 The makeover was part of the filming of the movie with the working title “The Girl from Compton,” though the title may change before it’s released late this fall, Leslie Greif, executive producer, told the Journal-News. He expects the shooting in Cincinnati to continue for two weeks.

The cast and crew for the Lifetime movie were stationed at Rosa Parks Elementary School on Tuesday, though most of the movie scenes will be shot in downtown Cincinnati, said Greif, who also produced “Hatfields and McCoys” and “Walker, Texas Ranger.”

Central Avenue in Middletown was closed to traffic for most of the morning until the action shifted to Clinton Street off Central. Workers held umbrellas over the actors and actresses to protect them from the afternoon sun, and they were shuttled from downtown to Rosa Parks Elementary in large white vans.

For several shots, the side of The Gathering church on South Clinton Street was a backdrop, though graffiti was taped to the mural on the building. Other graffiti was attached to downtown buildings.

The Rosa Parks Elementary parking lot resembled something you’d see in Hollywood. There were several trailers for the actors and actresses and the extensive wardrobes.

Greif said everyone in Middletown, from city officials to interested residents, were “lovely.”

Then he added: “It’s been nothing but good.”

The Greater Cincinnati Film Commission announced earlier this year that the Lifetime movie about R&B artist Michel’le would shoot this summer in partnership with Sony and Thinkfactory. Greif said the film depicts her journey from the streets of Compton, including her experience with Death Row Records and her relationships with founders Dr. Dre and Suge Knight, two of hip hop’s biggest stars.

It’s a story of “fame, abuse and ultimately, survival and triumph,” according to a press release.

“It will give the female perspective of growing up in that world,” he said.