‘He was not afraid of the gunfire’: Shot Middletown officer praises response of K-9 partner 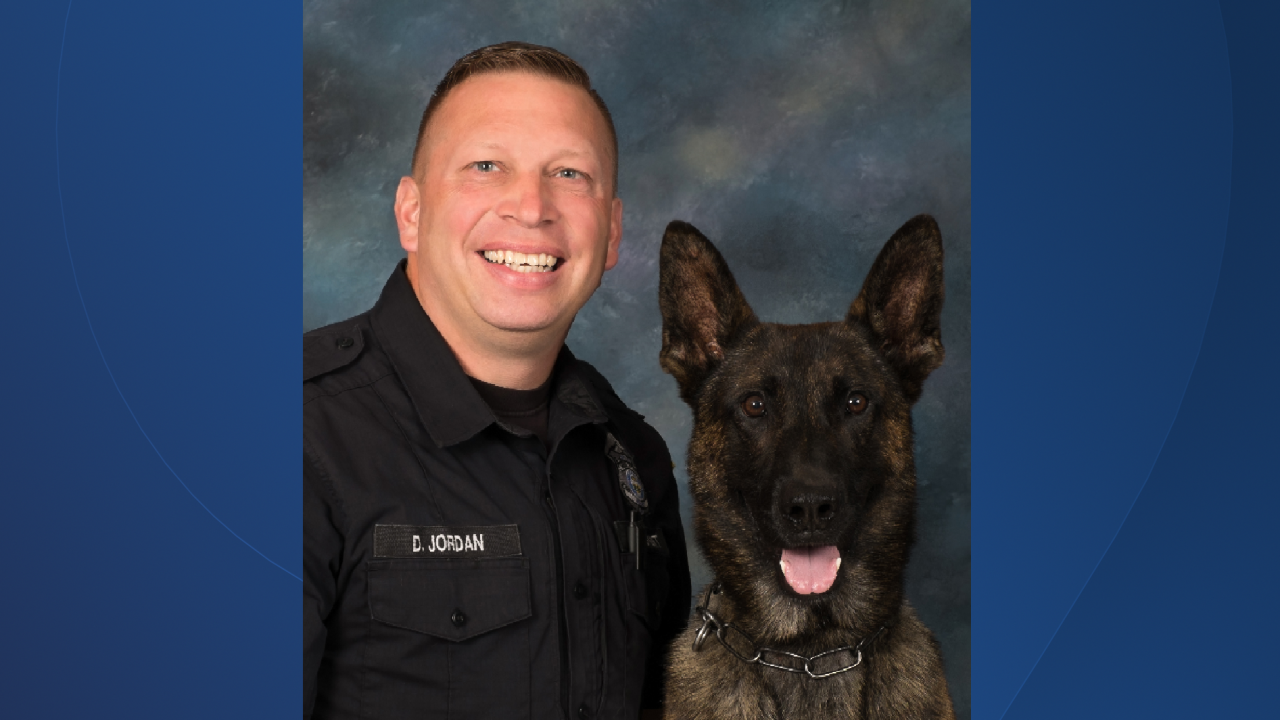 Copyright 2020 Scripps Media, Inc. All rights reserved. This material may not be published, broadcast, rewritten, or redistributed.
Provided, Middletown Division of Police
Officer Denny Jordan and his K9 partner Koda.

MIDDLETOWN, Ohio — Dennis “Denny” Jordan told the Journal-News he wasn’t surprised by the response of his K-9 partner or the Middletown community.

Jordan, a 21-year veteran on the Middletown Division of Police force, was shot three times — in the right leg, arm and finger — Aug. 31 following a pursuit that started near 18th Avenue in Middletown and ended in Warren County.

Jordan, 49, a K-9 officer since 2008, was with his partner, Koda, when Christopher J. Hubbard, a suspect in a Hamilton homicide, opened fire after the chase ended in the 2600 block of Mason-Montgomery Road in Turtlecreek Twp., according to police.

After Jordan shot out the suspect’s window with bean bags, Koda jumped through the window, attacked the suspect, then returned to Jordan when he was called. Jordan was concerned Koda may attack others in the area, he said.

“He was not afraid of the gunfire,” Jordan said of Koda who was not shot. “Did exactly how he was trained.”

In the week since the shooting, Jordan said he wakes up thinking about the incident and how he reacted.

“Things happen,” he said of the shooting.

He didn’t want to discuss details of the shooting because the investigation is ongoing, he said.

A video of the shooting taken by a bystander and released by the Butler County Sheriff’s Office appears to show Hubbard shooting out of the window as Koda jumps into the car, then police returning fire.

Hubbard, 35, received multiple gunshot wounds when eight officers returned fire, according to officials. He remains in the hospital and hasn’t been charged.

He was released from prison on April 19 after serving an 18-month term for having weapons under disability and a drug charge.

After the dogs graduate in three months, they will be certified to track illegal drugs and apprehend suspects.

That’s exactly what Koda accomplished when he came to his partner’s rescue.

“He did that job,” Jordan said Monday while sitting in the K-9 training room. “He’s like a best friend who always has my back. We have a bond together."

After the shooting, Jordan was hospitalized for one day at Atrium Medical Center with non life-threatening injuries. He said the Middletown community was very supportive to him, his family and the police department.

Police chief David Birk said the family that lived where the shooting occurred dropped off a fruit basket at the police station.

“Despite what’s going on in the world and this country, Middletown people appreciate the police and the job we do,” Jordan said.