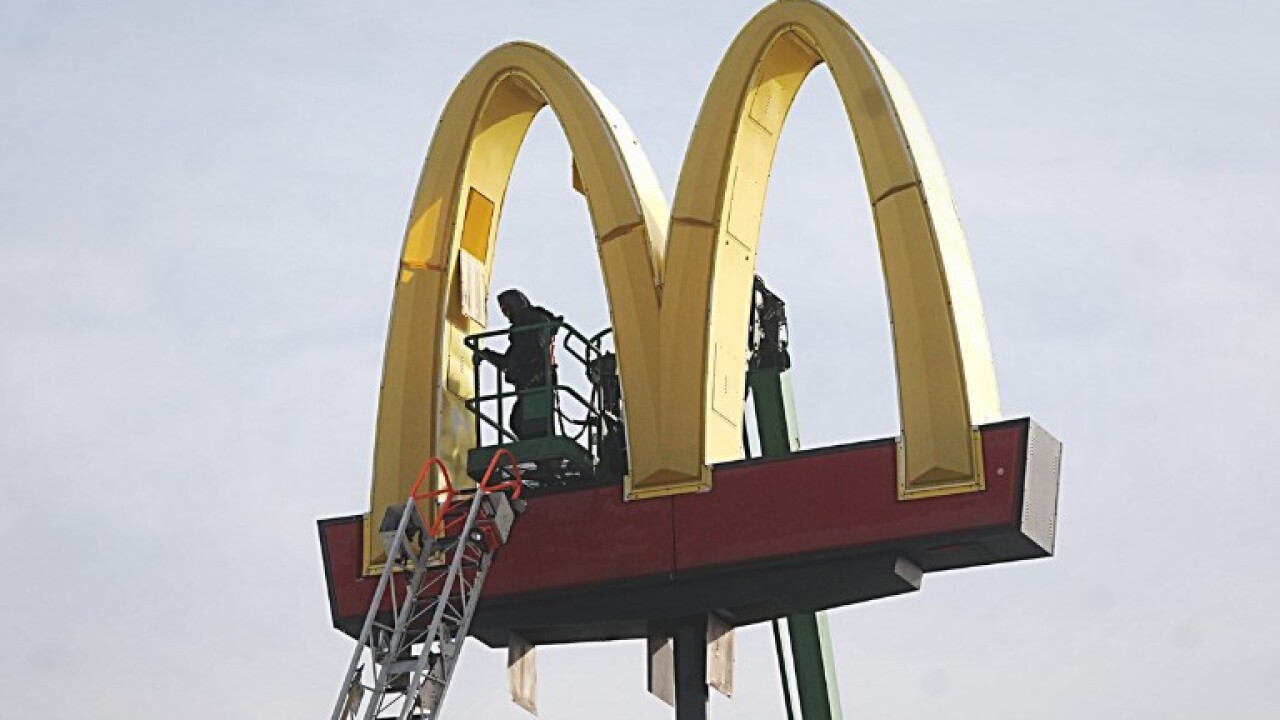 MIDDLETOWN, Ohio — Emergency crews rescued a worker trapped on top of a McDonald's sign 135 feet above the ground Wednesday afternoon, the Journal-News reported.

Firefighters were dispatched to the McDonald's at 3750 Commerce Drive near the I-75 exit around 2 p.m. after receiving reports that the person working on the sign was stuck on top of it.

According to the caller, the man’s lift was in tilt mode and could not move up or down.

The worker was rescued at 3:15 p.m. after a little less than an hour.

“While the temperature was below freezing, the trapped worker and rescuers suffered no weather related injuries,” said Middletown fire Chief Paul Lolli.

The Butler County Technical Rescue Team worked with the Middletown Fire Department to safely get the man on the ground.