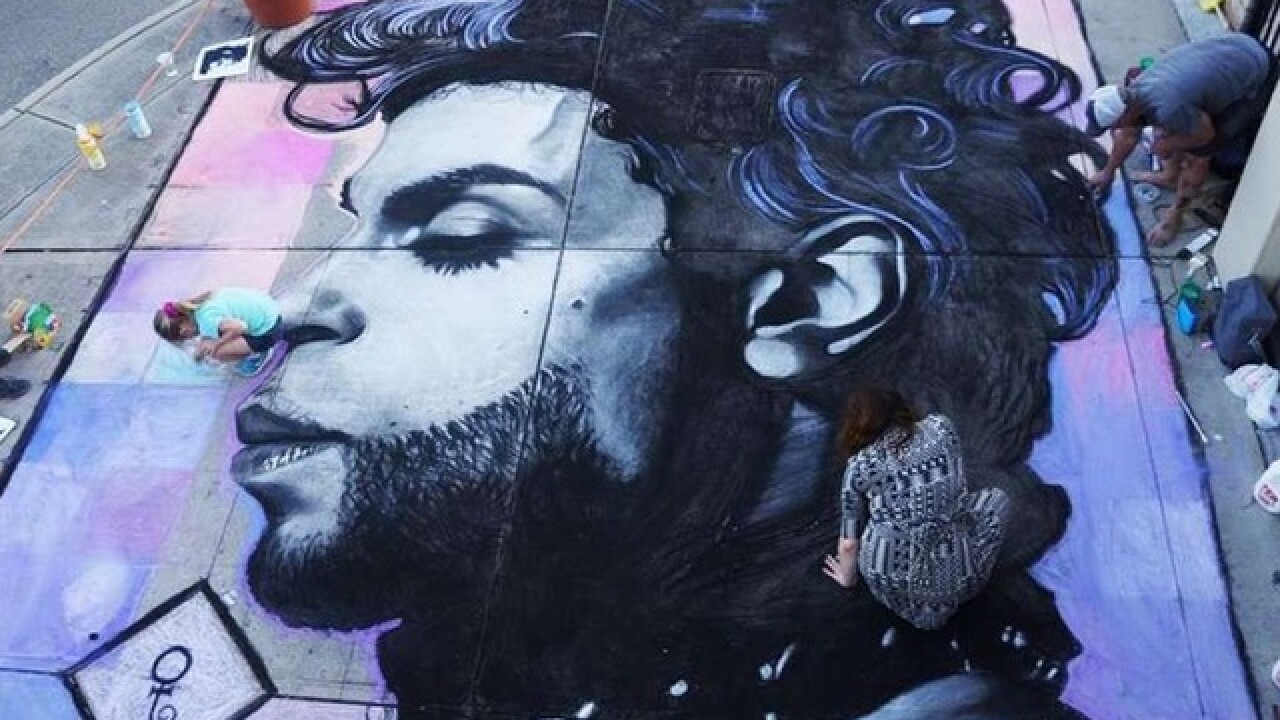 Journal-News
<p>Children and other members from the community helped the artists by coloring some of the outer squares.</p>

Mark Hanavan, of Middletown, and Paul Loehle, of Cincinnati, created the drawing May 6 during downtown Middletown's First Friday event.

Hamilton High School students and other community members helped create the artwork, which is based on a photograph from a 1993 triple album of Prince's greatest hits, "The Hits/B-Sides."

The musician was found dead at Paisley Park, his Minneapolis-area estate, April 21.

"We were going to do a picture of Trump and Hillary, but when the news came through about Prince, I said we have to do a Prince image now," Hanavan told WCPO media partner the Journal-News.

He said some fans were moved to tears by the artwork.

Loehle is a teacher at Hamilton High School and Hanavan plans to teach classes at Miami University Hamilton in the fall.

The Canal House Bar & Grille sponsored the artwork, and co-owner Jamie Murphy said they were thrilled to see how much traction it got on the Prince Museum Facebook page.

"It is absolutely spectacular and created this very exciting energy," she said. "This has gone Internet viral."