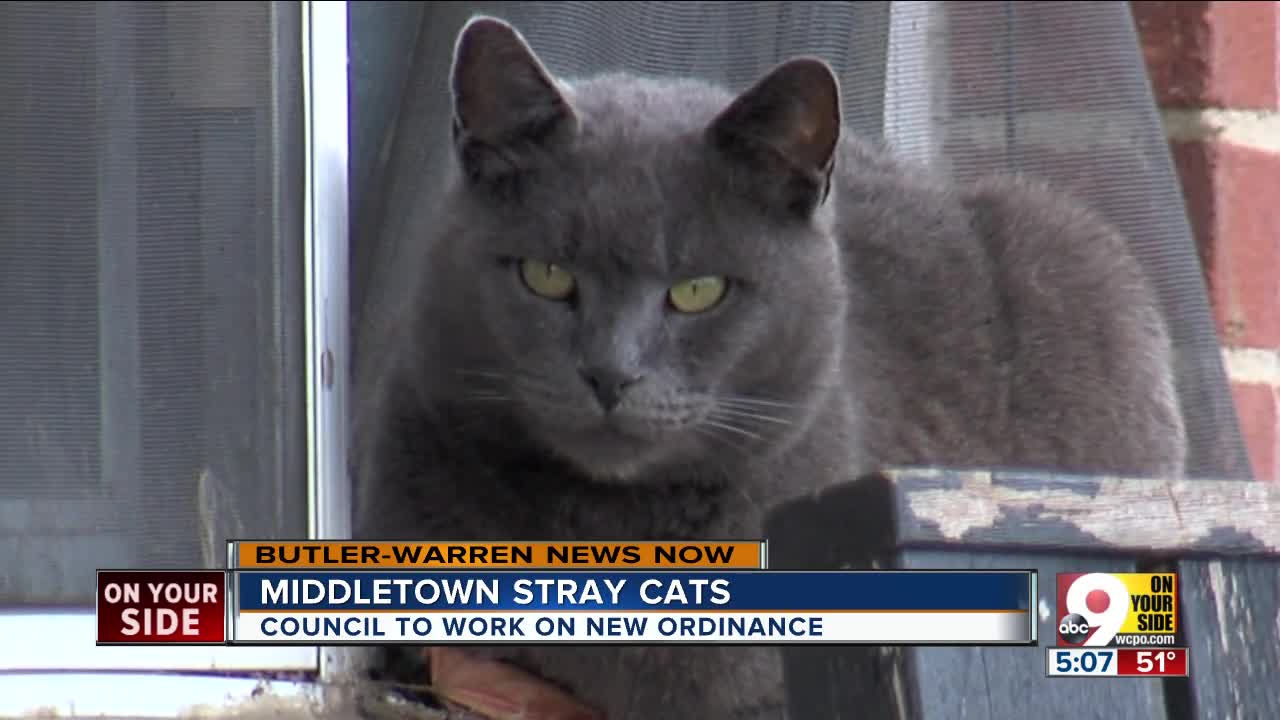 Middletown city officials have pulled a proposed ordinance about animal control guidelines from next week's council agenda in response to public outcry.

Nearly a dozen residents and others voiced opposition to the proposed stricter guidelines at a public hearing last week, WCPO news partner the Journal-News reported. Opponents said the ordinance would go too far, and the rules would punish people trying to help stray animals.

In a statement provided to the Journal-News Wednesday, city spokesperson Shelby Quinlivan said, "Based on community feedback, Council and the City have decided to pull the animal ordinance legislation planned for the January 8, 2019 Council vote. The City will continue to research best practices to find a solution for the community."

Middletown officials eliminated the city's animal control officer position in 2011, and City Manager Doug Adkins told the Journal-News that there are thousands of stay cats throughout the city.

Officials budgeted funding for an animal control officer this year, and a person started working over the summer. In the meantime, residents have been feeding and paying to spay/neuter stray cats, the Journal-News reported.