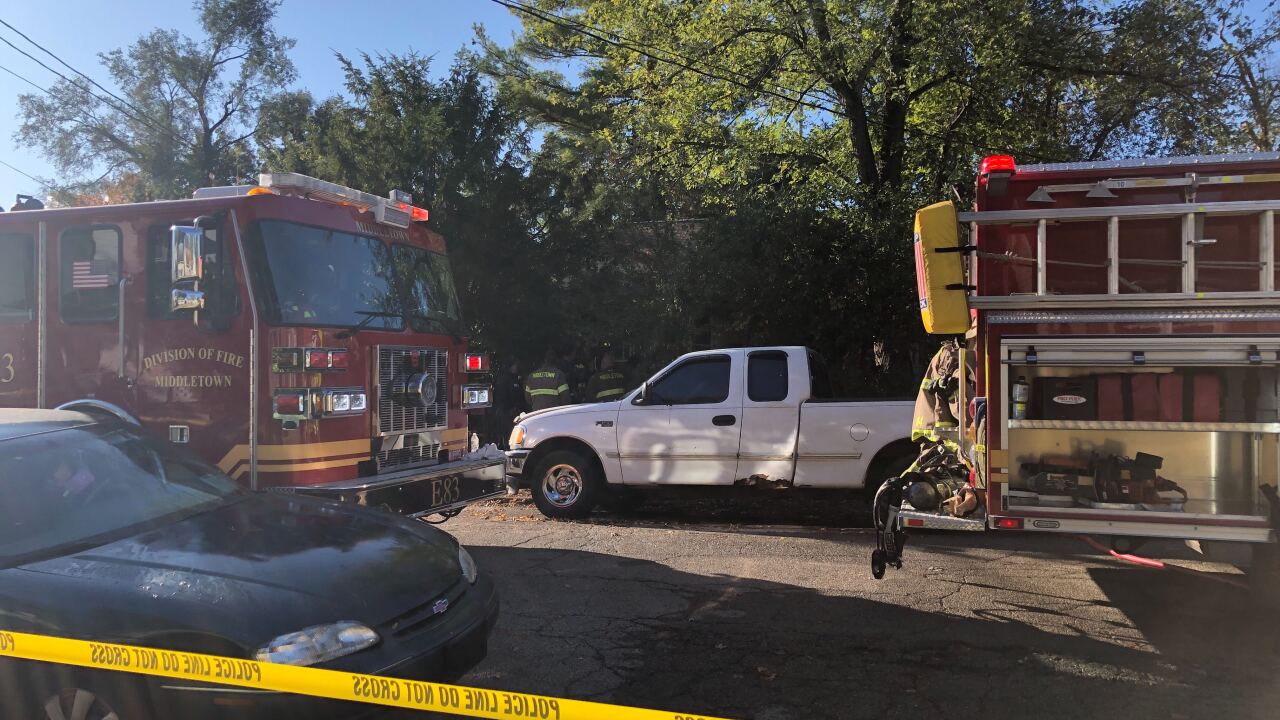 Copyright 2019 Scripps Media, Inc. All rights reserved. This material may not be published, broadcast, rewritten, or redistributed.
One person died in a house fire in Middletown on Saturday morning, fire officials said.

Middletown fire crews responded to the 700 block of 11th Avenue at approximately 7:30 a.m. Saturday for a one-story house fire.

A person inside the house died of smoke inhalation, officials said. The victim has not been identified.

Resident Donald Simms said he and a passerby saw smoke coming out of his neighbor’s roof before the two kicked down the door and tried to find anyone trapped inside.

“I couldn’t see nothing but smoke,” Simms said, describing how he wore his shirt over his face as he searched the house for his neighbor.

The cause of the fire is under investigation.