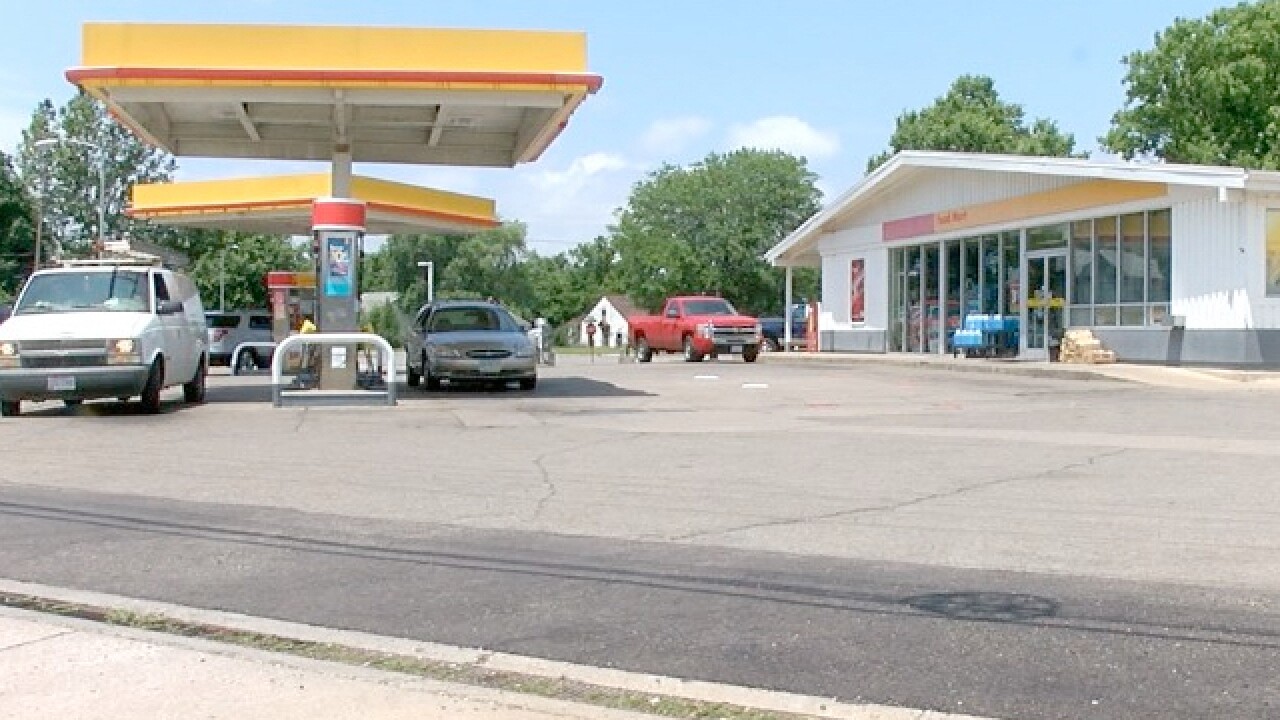 MIDDLETOWN, Ohio – A store clerk stabbed a would-be robber after being beaten with a jar of moonshine early Wednesday, police said.

A man entered the Lindsay Shell gas station at Germantown Road and Verity Parkway at 4:28 a.m. When the clerk opened the register, the man tried to grab the money, but the clerk shut the register.

The man then began beating the clerk with a jar of moonshine that was displayed on the counter, police said. The jar broke, but the man beat the clerk with two more jars.

After being hit several times, the clerk pulled out a knife and stabbed the man at least twice, police said. The man then ran out to a gray or tan extended cab pickup truck driven by another man.

Police said the would-be robber was 40-50 with a scruffy beard and weighing about 175 pounds. The driver had a moustache. They drove north on Route 4.

Police located a man matching the suspect’s description while he was seeking treatment at Grandview Medical Center in Dayton. He was later identified as Stephan Glenn Sr. of Clayton, Ohio.

Warrants for Glenn were issued on charges of robbery and felonious assault, police said. They will be served when his condition improves.

The clerk was treated for injuries to the head, arm and hand.

The investigation is ongoing. Police asked that anyone with information call Lt. Cunningham at 513-425-7737.