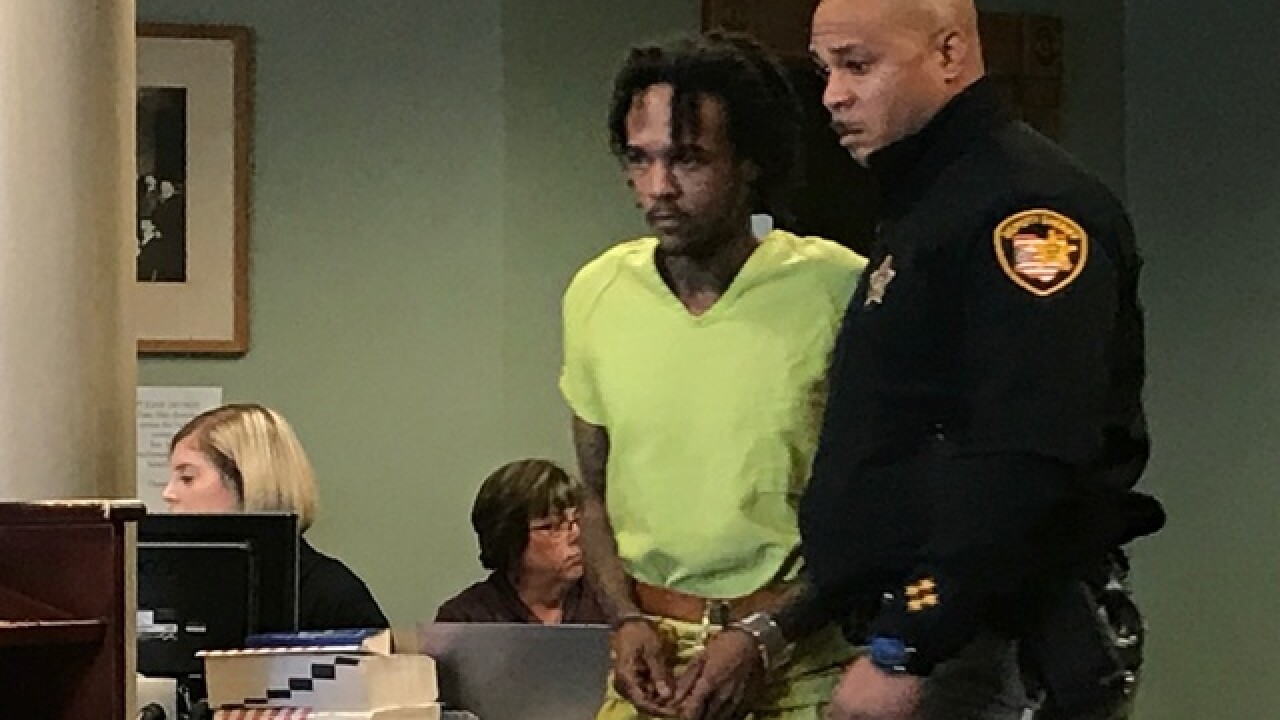 Copyright 2018 Scripps Media, Inc. All rights reserved. This material may not be published, broadcast, rewritten, or redistributed.
Jake Ryler | WCPO
<p>Donald Gazaway in a pre-trial hearing.</p>

LIBERTY TOWNSHIP, Ohio -- A trial is scheduled to begin Monday for a Cincinnati man facing multiple charges in connection with a 30-hour standoff in which he allegedly held a 10-year-old hostage.

Donald T. Gazaway, 32, was charged with kidnapping, felonious assault and inducing panic after the incident that started Jan. 12 at an apartment in the Springs at Liberty Township apartment complex off Hamilton Mason Road.

A Butler County grand jury handed down an indictment with additional charges of aggravated burglary, aggravated robbery and two counts of having weapons under disability, WCPO media partner the Journal-News reports.

Gazaway, who has been held in the Butler County Jail for nine months in lieu of a $1,001,000 bond, was scheduled to stand trial beginning July 7 in Butler County Common Pleas Judge Charles Pater’s courtroom. But defense attorney Lawrence Hawkins III was retained to represent Gazaway just days before that trial date and asked for a continuance.

Detectives say Gazaway was let into the apartment and there was an altercation. The adults, including the boy’s mother, fled. But Gazaway took the child hostage before surrendering hours later, according to deputies.

Butler County Sheriff’s Detective Joe Nerlinger said during a previous court hearing that about 25 bullet casings were removed from the scene and that Gazaway fired the majority of the shots from the apartment before moving to the garage with the child.

The child was not physically injured, according to the sheriff’s office, though officers said they saw Gazaway use the boy as a shield. That, they said, prevented them from making any movement toward the residence.

The trial is scheduled to last five days. More than 20 subpoenas have been issued for witness, including the young victim, his family and many law enforcement officers.