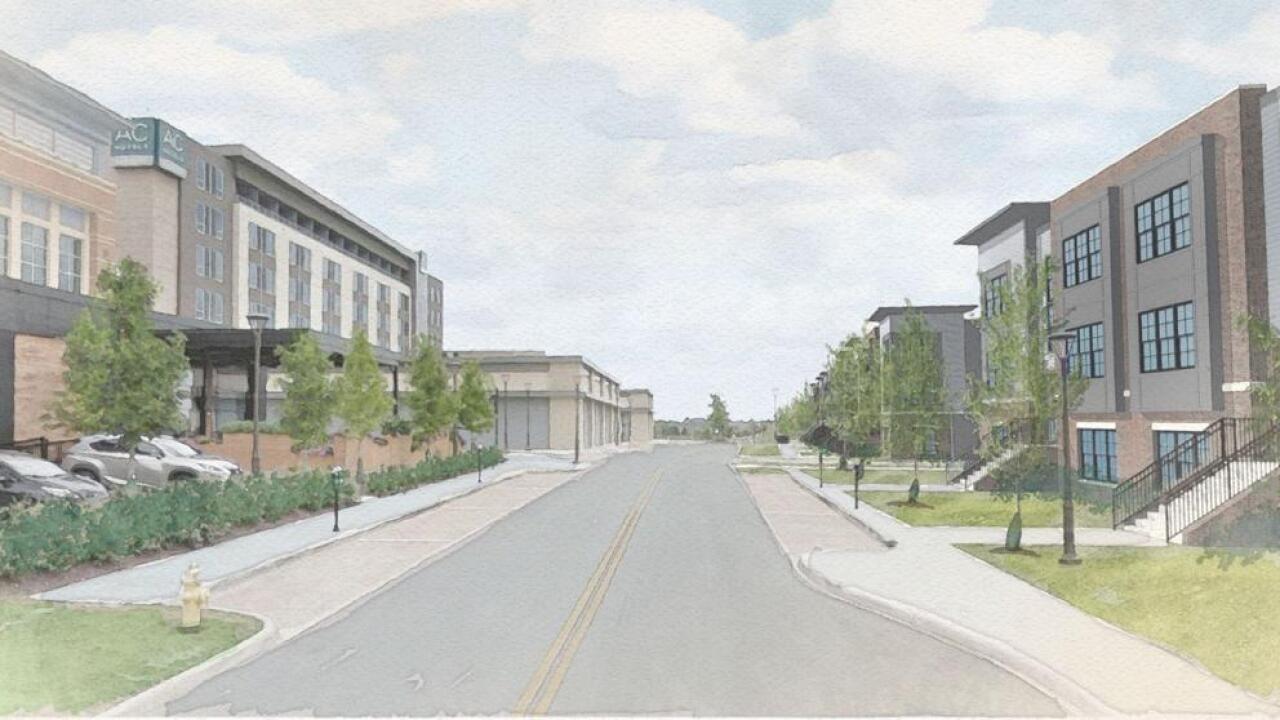 Provided by The Journal-News
A rendering of Liberty Flats.

Liberty Township trustees approved rezoning this week for Liberty Flats, a 356-unit development that will be located on 22 acres west of Taylor Street and adjacent to Liberty Center. Zoning for the site had been for planned and trustees voted to change it to planned residential.

The proposed complex includes 24 three-story buildings, each between 22,680 and 160,608 square feet each, totaling 411,841 square feet. Each building has eight to 20 units, according to plans submitted to Liberty Township.

Construction of the garden apartments and two-story townhouses is expected to launch all at once on the project in early spring 2021 and wrap up within a two-year timeline.

Columbus-based Steiner + Associates, Liberty Center’s developer, originally approached CASTO since they liked some of its projects in Columbus and felt there were similarities between this site and Tuller Flats, a project CASTO developed in the Bridge Street District in Dublin, according to CASTO Communities President Brent Sobczak.

CASTO, which owns and manages over 4,000 units in 13 apartment communities throughout Ohio, is now evaluating its next steps, Sobczak said in an email Thursday.

“Given that there are several moving parts in any development, we will have more details about the project within the next 30 days,” he said.The product CASTO designed on its Tuller Flats project would provide the same symbiotic relationship with Liberty Center as it did in Dublin,” Steiner + Associates CEO Yaromir Steiner wrote in a March 13 letter to township trustees.

“CASTO was very thoughtful in creating this product so that it speaks to both the millennial and ‘empty nester’ markets,” Steiner said.

The firm will deliver a product of high-quality design and materials, well-positioned to meet the growing demand for alternate housing options for the community, he said.