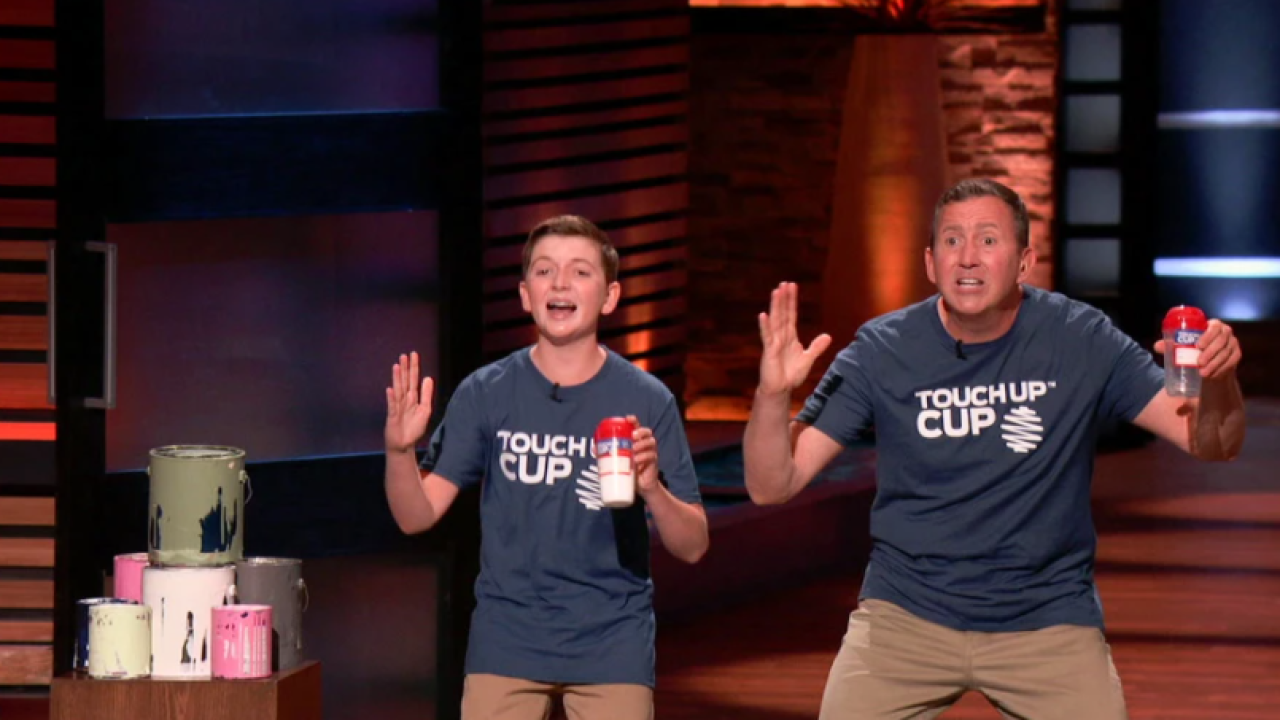 A Liberty Township teen is hoping to take his inventions to the next level by appearing on Shark Tank. He’s already sold thousands of products across the country and even overseas, but what will the sharks say? 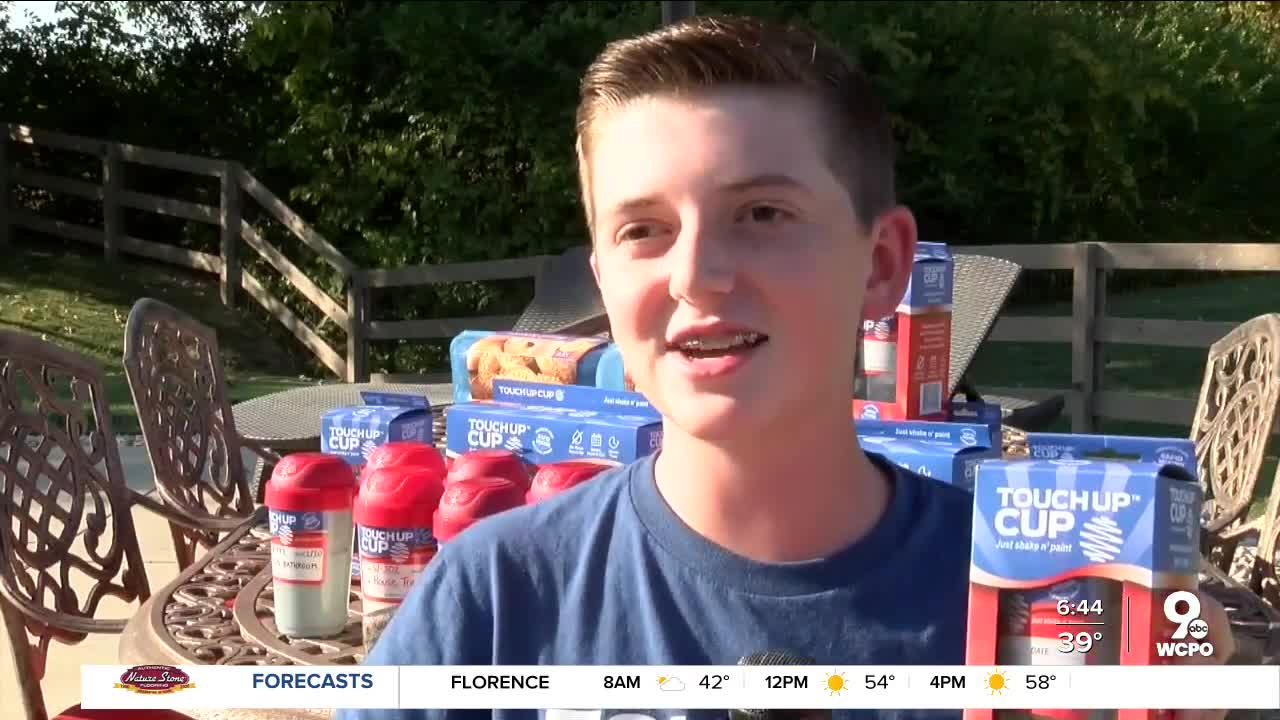 LIBERTY TOWNSHIP, Ohio — A Liberty Township teen left ABC's "Shark Tank" Friday night with a six-figure investment to take his invention to the next level.

From his home in Liberty Township, 15-year-old Carson Grill invented something to make cleaning up his messes a little easier.

“So, about two years ago, I was making a bunch of marks on the wall,” Grill said. “My dad would make me do touch-ups with him.”

His dad said the old paint they would use was clumpy, aerated and just not feasible for painting walls.

That’s when the Bishop Fenwick student made a container called the "Touch Up Cup" to store paint for over 10 years.

The father-son duo are doing well with their new invention. They've sold about 55,000 units, about 30,000 three-packs and about 20,000 individual cups. Their appearance on "Shark Tank" landed them a $200,000 investment to expand the Touch Up Cup business, but they have other products in the works, too.

“I have a muffin fresh, bagel fresh and a donut fresh,” Grill said. “They are ergonomically designed containers to extend the freshness of muffins, bagels and donuts by three to four days longer than conventional packaging.”

Jason Grill might be Carson’s dad, but his son is the boss of the business.

“He’s the CEO and I answer to him,” Jason Grill said.

The proud dad and his son flew to Las Vegas and stayed in a hotel room 11 days for isolation due to COVID-19 safety procedures before entering the shark tank.

“When we went to the tank I was nervous and he wasn’t!" Jason Grill said. “But it turned out great.”

You can check out the Touch Up Cup and place an online order here.