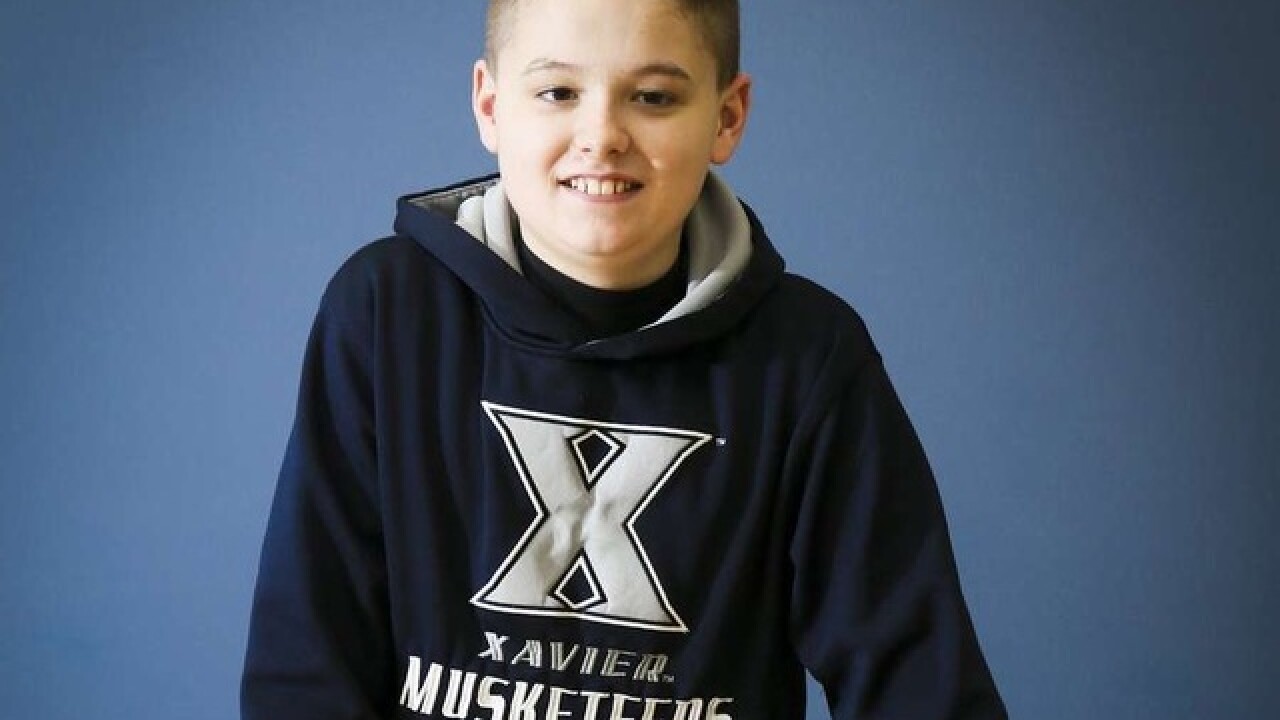 LIBERTY TOWNSHIP, Ohio — A Liberty Twp. teen “drafted” onto the Xavier men’s basketball team a few years ago was among the thousands of hometown fans cheering for the Musketeers when they faced Weber State Friday night in St. Louis.

Trey Couch, 14, was diagnosed with Cerebellar Degeneration in 2010. The neurodegenerative disease currently has no cure. It impacts the cerebellum, the area that controls coordination and balance, and over time it will lead to muscle deterioration throughout his body.

The Xavier basketball team drafted Trey in 2013 as part of Team IMPACT’s efforts to boost the quality of life for children facing life-threatening or chronic illnesses.

Team IMPACT matches these children with local college athletic teams as “a boost to improve their quality of life both socially and psychologically,” according to its website.

Team IMPACT children are drafted on to local college athletic teams and, in effect, become official members of the team from “Draft Day” through to graduation, according to the organization.

Trey said he thinks Xavier can win it all after the watching the Musketeers' victory in the first round.