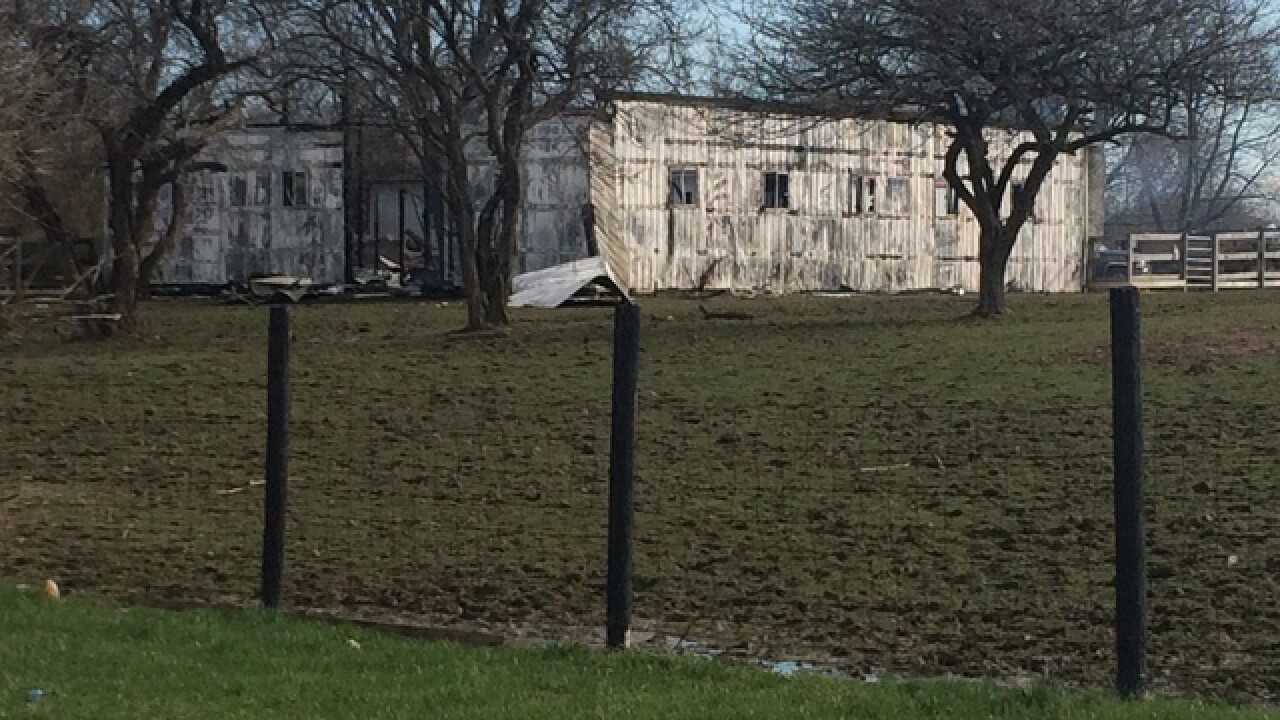 The fire at the pole barn, which sits around 400 to 500 feet off the road in the 7600 block of Kyles Station Road, was reported at 6:39 a.m., according to Liberty Township Fire Chief Paul Stumpf.

“The owner had just woken up and noticed the fire” at the 40-by-60 pole-type barn, Stumpf said. “It was fully involved. He made the 911 call and … someone else, either a neighbor or a passerby, had already reported the fire.”

No injuries were reported by either residents or firefighters as a result of the blaze, which was visible from both Cincinnati-Dayton and Kyle Station roads and extinguished in about half an hour, he said.

Kyles Station Road was shut down between Kyles Station Meadows Drive and Cin-Day Road until around 9:30 a.m. as firefighters battled the blaze, then worked to ensure no hotspots reignited what left of the structure.

There’s no suspected cause at this point for the fire, he said.

“There was electric to the structure but there was no known problems or defects,” Stumpf said. “The Butler County Fire Investigation Team assisted but it’s probably going to end up being undetermined.”

WCPO's Briana Harper will have more details later in the day. The Journal-News is a WCPO media partner.