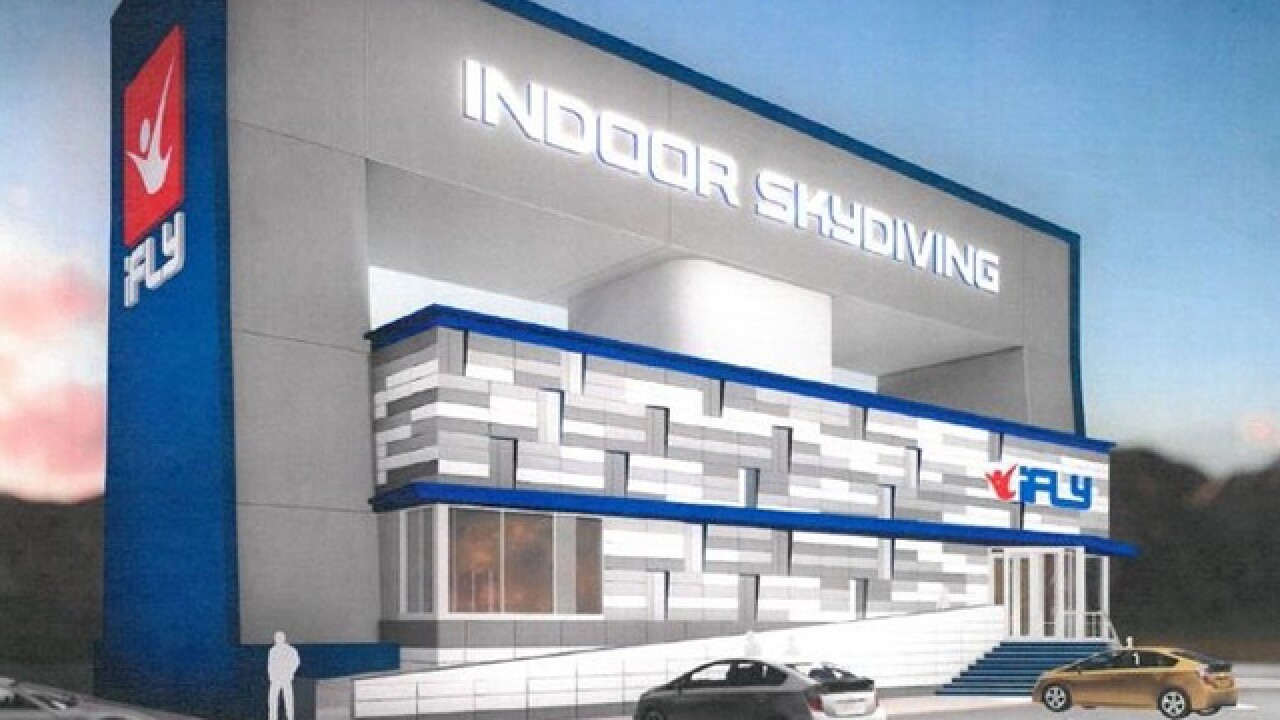 The experiential entertainment company, which simulates freefall conditions in a vertical wind tunnel, will open adjacent to Dick’s Sporting Goods in 2018 in a building with updated architecture compared to other locations.

iFLY has flown more than 8 million people in a dozen countries and at sea since launching the modern vertical wind tunnel industry in 1998. The company has 67 facilities operating in the United States, Canada, Europe and Asia with 28 wholly-owned in the United States and “significant growth plans” worldwide in the next two years, Liberty Center officials said last week.

“iFLY is an exciting new attraction for our guests at Liberty Center,” said Kevin Cedik, Liberty Center’s general manager. “We continue to add experiences that will attract guests from the region to shop, play and dine.”

iFLY considered sites in Butler, Warren and Hamilton counties before deciding to pursue construction of a facility on the south side of Blake Street at Liberty Center.

A 2018 opening for iFLy is “a wonderful addition to our tourism landscape” and ‘clearly huge news for us,” said Tracy Kocher, marketing director for the Butler County Visitors Bureau.

“We see this as being a very large draw for us, not only in 2018 but years beyond,” she said. “It also pairs nicely with our (Start Skydiving) facility up in Middletown, so we’ll have both options available, people who actually want to skydive from a plane or just try it out with this indoor skydiving facility.

The new facility is another sign that Butler County as a destination is up and coming.

“With the addition of this to Topgolf (and) Main Event Entertainment (in West Chester Township), some of the renovations over at Wake Nation (in Fairfield), it’s just going to be a bright future for us here in Butler County,” Kocher said.