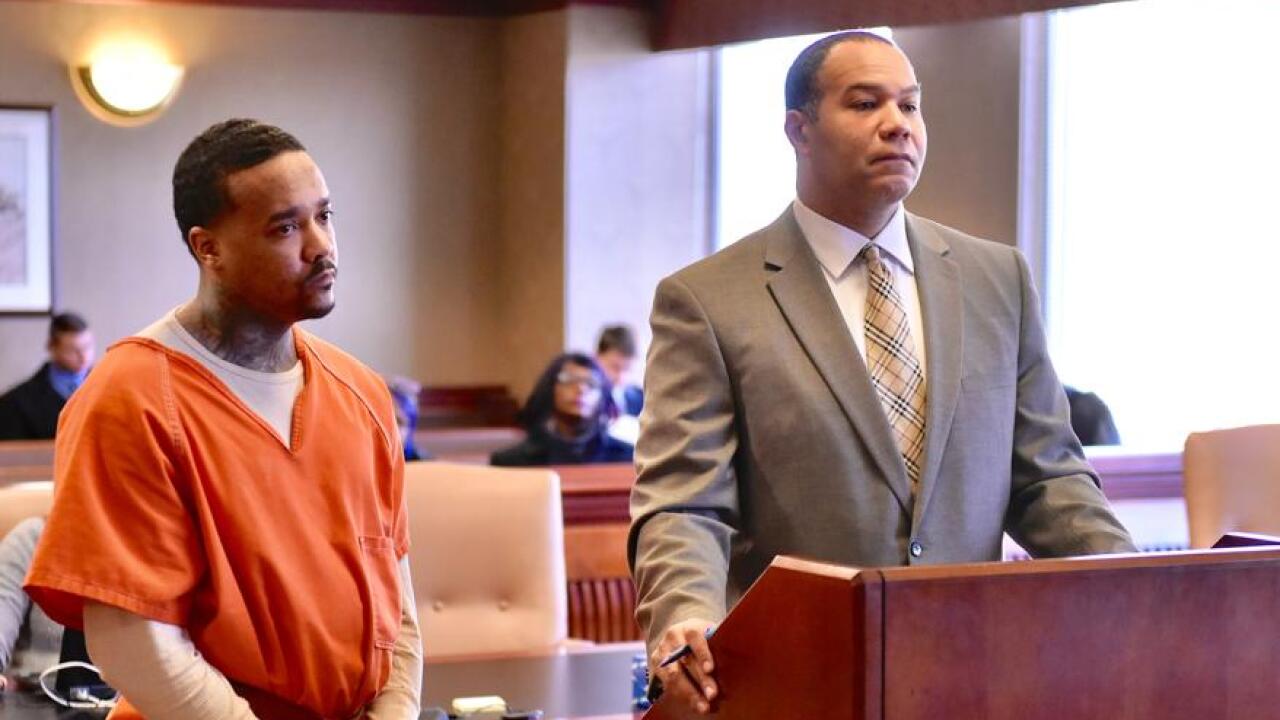 NICK GRAHAM | JOURNAL-NEWS
Donald Gazaway was sentenced to 41 1/2 years in prison in Butler County Common Pleas Court for the January standoff in which he held a boy hostage. NICK GRAHAM/STAFF

BUTLER COUNTY, Ohio — Donald Gazaway held a 10-year-old boy hostage for 30-hours last winter at a Liberty Township apartment complex and he will spend more than 40 years in prison for crimes committed during the incident, WCPO media partner the Journal-News reports.

A plethora of law enforcement, including the SWAT teams from Hamilton and Butler County Sheriff’s Office, were on the scene for more than a day in January at the Springs at Liberty apartment complex after Gazaway had a confrontation with the boy’s mother. He demanded money and eventually kept the boy with him as he fired weapons and moved around the residence, according to prosecutors.

Many of the officers testified during the trial, recounting efforts to end the standoff and free the boy. The young victim also testified.

Defense attorney Lawrence Hawkins III told the judge “nobody was injured and nobody was shot” during the incident, which began Jan. 19.

Hawkins said his client was involved in some activity that he shouldn’t have been that led up to the incident and if he could turn back time he would.

“The primary issue was not coming out when law enforcement made themselves known,” Hawkins said. The attorney added, “As a young black male dealing with law enforcement, he was worried he was going to be shot and killed.”

Gazaway did not mean to cause anyone harm, Hawkins said, pointing out the majority of the gunshots that were fired were internal to “create noise in the hope that folks would go away.”

But Gazaway told the judge before sentencing he had done nothing wrong. He said the shots were fired by someone else, and he committed no crime getting into the home.

“I had a key to unlock the door and a passcode to open the garage. No burglary, I practically lived there,” Gazaway said. He said he and the mother of the boy had been in a relationship and her ex-boyfriend entered the residence then shot numerous times.

“He blamed me for it,” Gazaway said.

He added his attorney had not represented him well and believed he did not get a fair trial because jurors knew people who lived in the apartment complex, and the judge is related to law enforcement.

“It is not my fault; I was only protecting the child … (the ex-boyfriend) fired shot at law enforcement, not me,” Gazaway said.

Assistant Prosecutor Kraig Chadrick pointed out there was no evidence to support Gazaway’s claims that someone else fired the shots nor that he was aiming at no one.

Chadrick also recounted Gazaway’s past criminal history that sent him to prison twice before.

Gazaway was released from prison in July 2017 after serving four years for felonious assault in Hamilton County. He shot a gun into a crowd of 30 people at a party, according to court documents.

“His behavior isn’t getting better it is getting worse,” Chadrick said.

Pater told Gazaway “words are cheap in many ways,” before handing down the sentence.

The judge said Gazaway terrorized a little boy for 30 hours and had it not been for reinforced glass on an armored vehicle, a deputy would be dead.