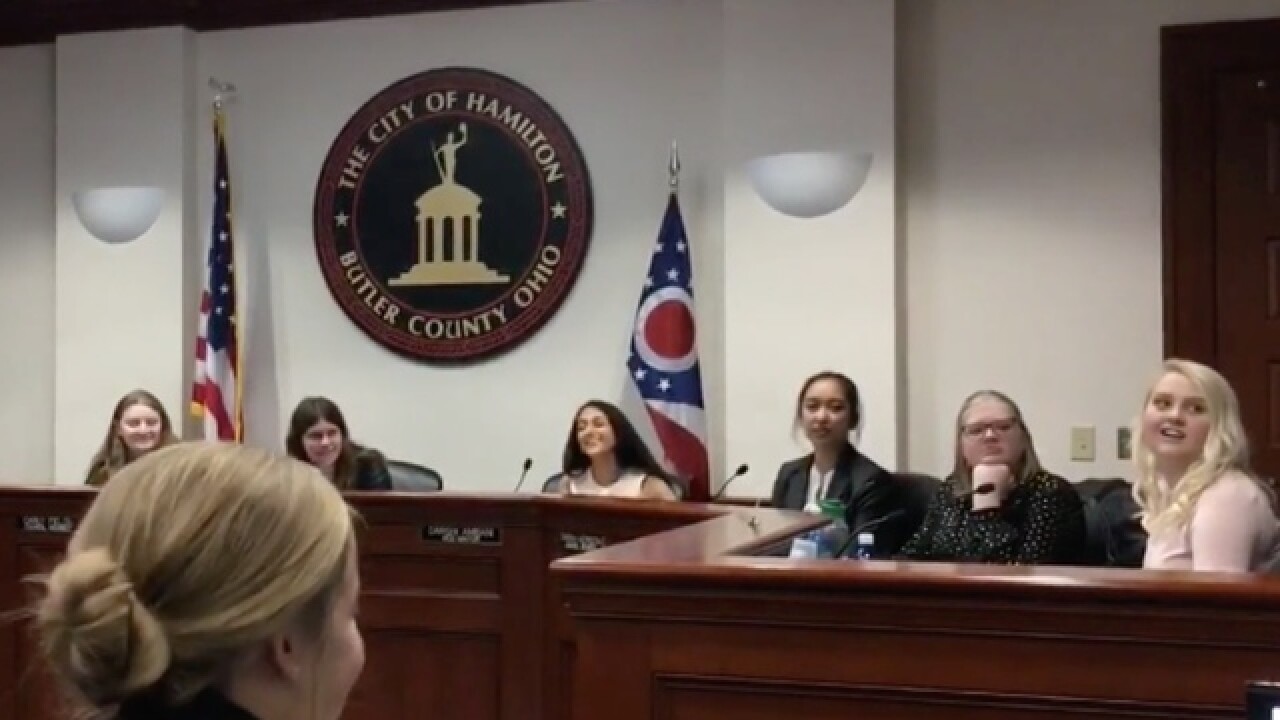 HAMILTON, Ohio -- A recent educational coup swept over Hamilton city leadership and the victors of the friendly takeover were students from Hamilton and Badin high schools.

And dozens of their classmates joined in as the audience for the Civics Day event designed to give local high school students a taste of the parliamentary procedures and public meeting responsibilities of the city’s two major, elected governing bodies.

A bemused Pat Moeller — Hamilton’s mayor — looked on in the city chambers as some of the students played the role of unhappy residents complaining about alleged city and school problems to the teenage, temporary office holders.

Traffic and parking problems around Badin High School, pot hole repairs on city streets and deciding the details of Friday Food Trucks at school were among the local issues tackled by the students.

They debated, put forward motions and cast non-binding votes as their teachers watched and made notes of their performances.

The faux meetings were part of a day-long series of events that included a luncheon for the students featuring student speeches on various issues in the city.

For Conner Robinson, a senior from Hamilton High School who got to wield the power of a school board president, the experience was eye-opening.

“It was a very cool experience and a great way to be involved in the community,” said Robinson.

“It’s a great way for students from Hamilton and Badin to get engaged in local government as well as school issues,” said Wilhelm, who watched from the chambers’ public seating.

“Our students are very in tuned with their local government systems and they want to be part of solutions and answers the city has because they are the future of this area,” he said.