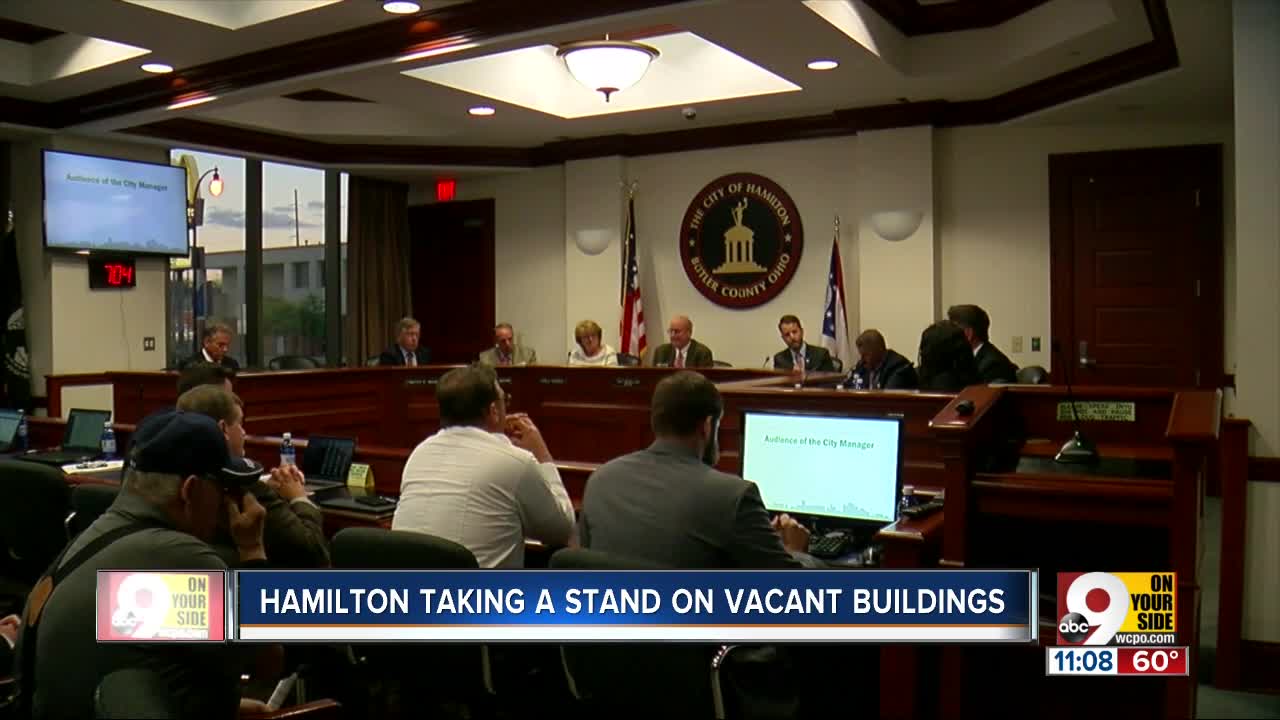 Many of the vacant buildings are century-old remnants of its manufacturing past; some aren’t safe even for firefighters to enter. And if another goes up in smoke, taxpayers will be asked to foot the bill once again.

HAMILTON, Ohio — When Larry Chance woke up on the sofa July 25, the first thing he registered was heat.

“And then the light hit me,” he said Wednesday. “Everything was yellow and orange, a hundred feet high or more. From one end of the block to another, at least 100 yards long, fire and flames and heat.”

It was a warehouse fire, he and his neighbors would learn — one hot enough to melt their siding, crack their windows and leave them shouldering thousands of dollars in repair costs. Police later arrested a teenager who they claimed confessed to starting the blaze in the nearby abandoned building.

Chance, who had no insurance at the time of the fire, estimated he had spent about $3,000 on repairs in the following two months. The city of Hamilton spent dozens of times that: $30,000 to douse the fire, then $180,000 to demolish the building for good.

City council members hope a new ordinance passed Wednesday will keep taxpayers from having to pick up a check that hefty ever again.

The measure targets the owners of vacant commercial and industrial buildings like the one that caught fire in July. Starting in 2020, they’ll be required to register each building annually at an initial cost of $400 — then $800 the next year; then $1,600 and $3,200 and $6,400 in the years after. They can avoid paying the fee by listing the property with a real estate agent or remodeling it.

“It incentivizes the owners to say, ‘Well, if I’m not doing anything with this building, maybe it’s better for me to find a way to reactivate it, reoccupy it, to put someone else’s business in there,’” said fire Chief Mark Mercer, who had been advocating for similar legislation even before the July fire.

Hamilton is an old town, he said. Many of the vacant buildings are century-old remnants of its manufacturing past; some aren’t safe even for firefighters to enter. And if another goes up in smoke, taxpayers will be asked to foot the bill once again.

Mercer said he wants the new law to help people like Larry Chance.

Chance said he hopes the city will follow through and hold building owners' feet to the fire.

“Ordinance on the books, no good if they don’t enforce it,” he said.