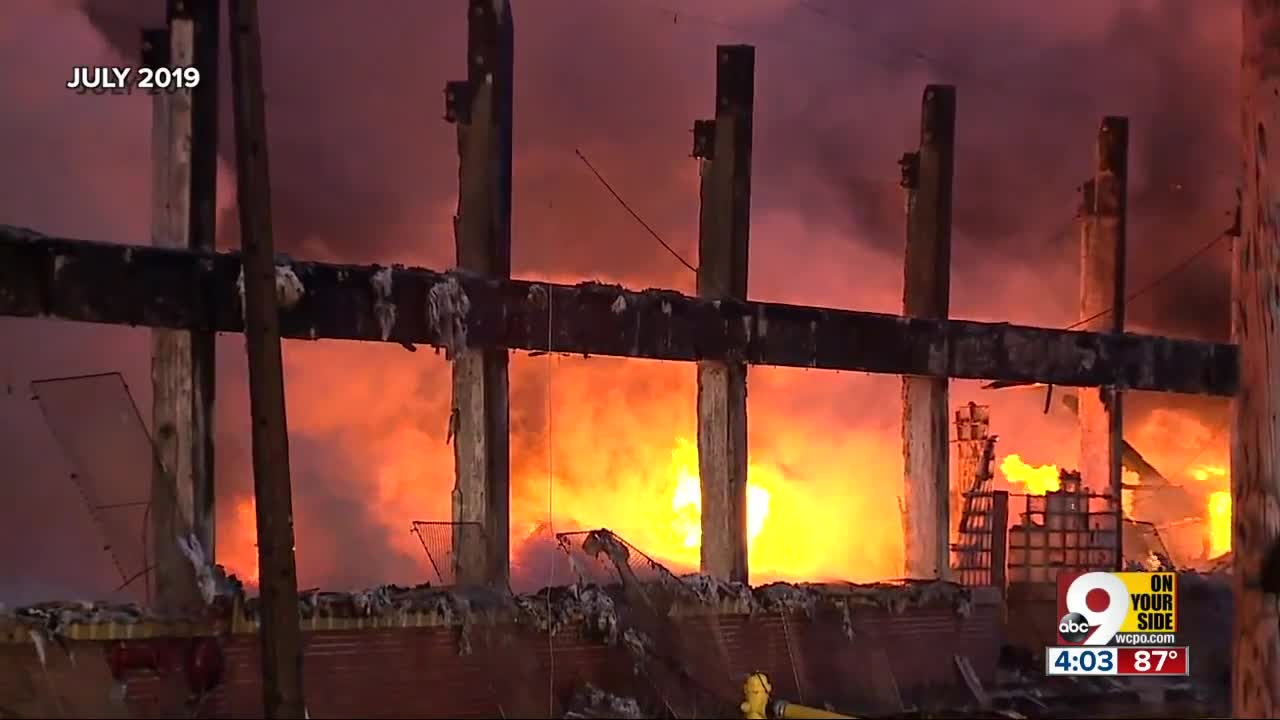 HAMILTON, Ohio — Robin Thompson said the fire that burned a vacant Hamilton warehouse to the ground last month could have had deadly consequences for him and others who lived nearby.

The Butler County prosecutor wants the juvenile charged with aggravated arson to be tried as an adult, and Thompson agrees.

“He could’ve killed a lot of people,” Thompson said. “It was super hot and all these homes around here, we’re lucky we got away with just the damage we got.”

The siding on the home where Thompson lives melted off from the fire. Five other homes were damaged.

“It looks like just the paint itself bubbled off,” Thompson said.

RELATED: Warehouse fire was like a nightmare, neighbor says.

The suspect entered the building with the intention of committing the crime, according to juvenile court documents obtained by our partners at the Journal-News. That also makes it more serious for Thompson.

“You should pay for what you done, especially if you planned it,” Thompson said.

Prosecutor Mike Gmoser wants the suspect to face severe penalties, but another resident, Tom Baker, doesn’t entirely support the idea even though his home was damaged, too.

“I would hate to see that a stupid mistake that a 17-year-old would make would affect the whole rest of his life,” Baker said.

Gmoser said the request will be made through a juvenile court proceeding. A judge will decide if the suspect will be tried as an adult or juvenile.

A pre-trial hearing is set for Sept. 3.