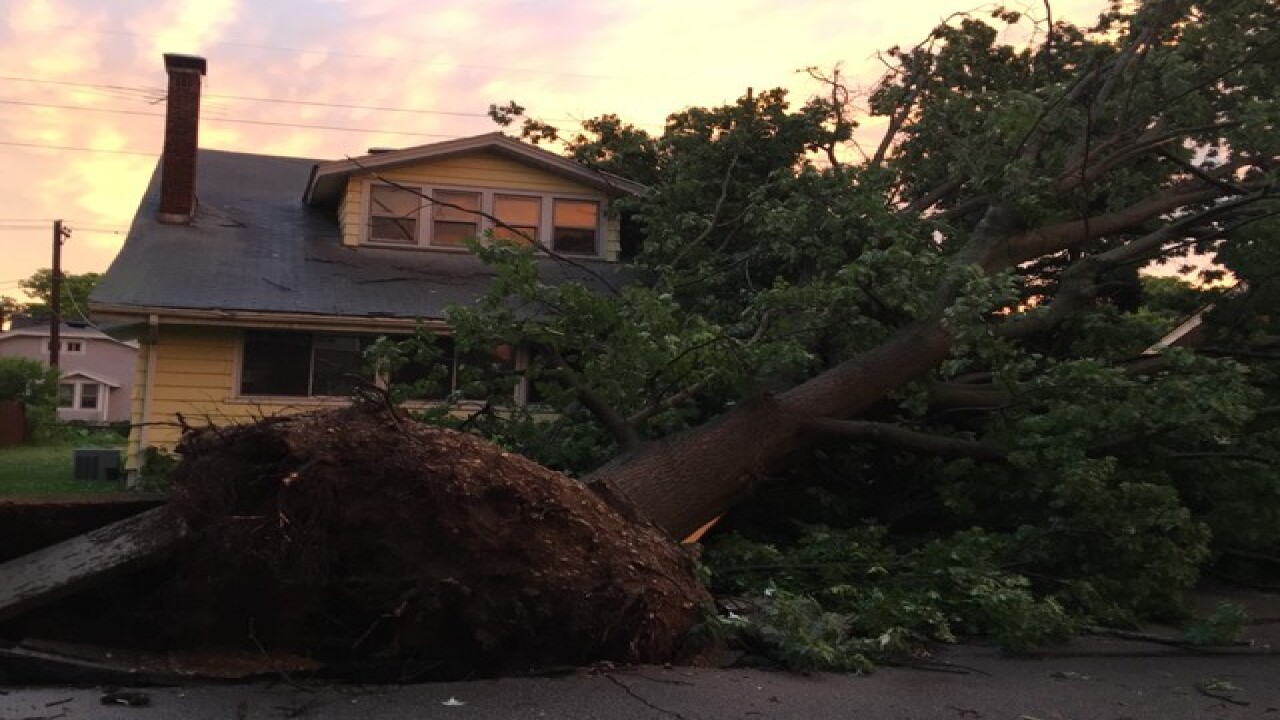 HAMILTON, Ohio -- After conducting a storm survey in Hamilton Thursday morning, the National Weather Service said the damage in Wednesday’s storms was caused by straight-line winds rather than a tornado.

Winds in the microburst reached an estimated 85 miles per hour, according to the NWS. Residents of a Hamilton neighborhood took shelter underground Wednesday evening as strong winds decimated their homes and cars — all in the space of about 30 seconds.

“I had cold chills,” said Connie Parker, who lives on Hooven Avenue in Hamilton. “I didn’t know what to think.”

While Parker and her neighbors hid underground from the storm winds that buffeted their street, they heard a series of loud cracking and snapping sounds.

All around the neighborhood, trees uprooted by the wind were keeling over on top of decks and cars. One nearly hit Michael Force.

“As soon as I opened the front door, the tree fell and hit the corner of the house,” he said. “Honestly, it just happened so fact.”

No one was injured in the event, but the property left damaged by just a few seconds of howling wind will take time to repair.

And Ron Parker will remember it.

“I was in the back bedroom laying down, and usually I can’t hear it rain or anything, but I heard rain start and then the house started to move,” he said. “It felt kind of like a suction inside the house.”