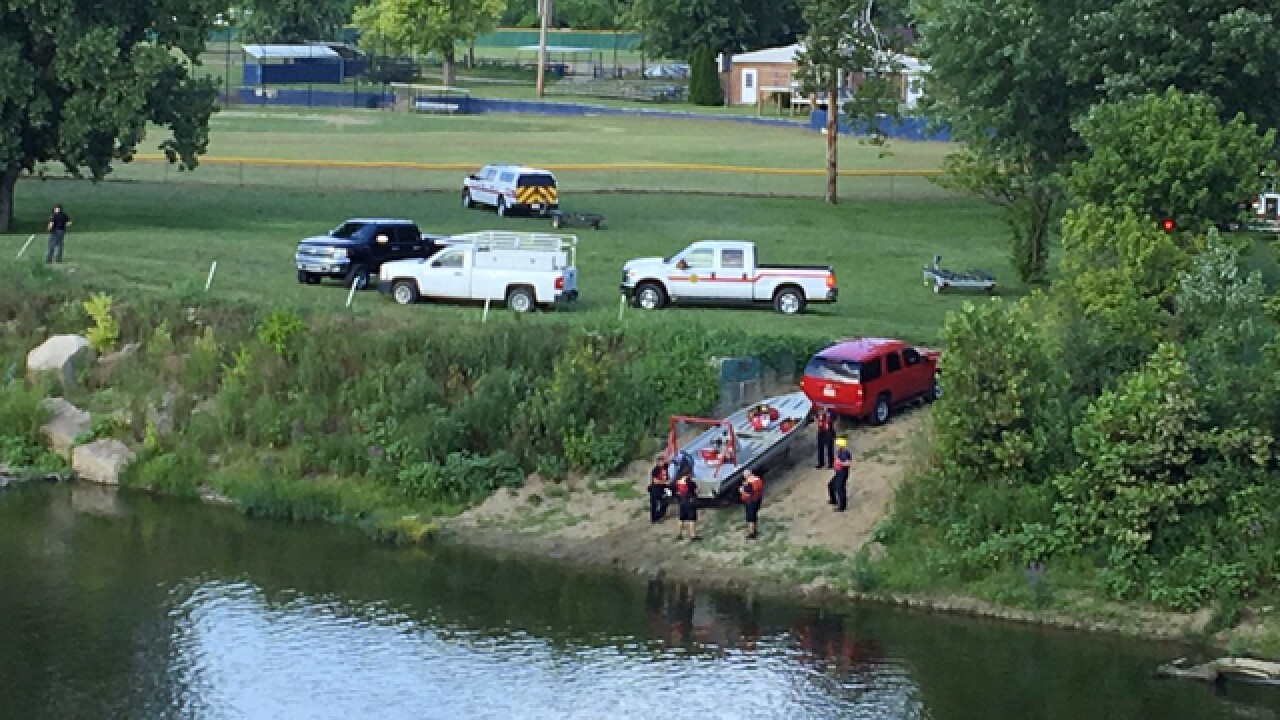 WHITEWATER TOWNSHIP, Ohio -- Rescue boats searched the Great Miami River Thursday night for a man who drowned while fishing near the Miamitown Bridge.

Friends and witnesses said that Ronald Specker, a 44-year-old resident of Mays Lick, Kentucky, took a break from fishing with his cousin and friends Thursday afternoon and went for a swim. While he was crossing the river, a strong current pulled him under the water; his friends called the police.

“He went under, (his cousin) Rick jumped in to try to help him, and then he was gone," said Nate Gdula, a friend of the family. "He was gone, and the only thing Rick has is his hat.”

Authorities from multiple Hamilton County towns closed down the bridge and sent multiple rescue boats into the river. They recovered Specker's body around 10 p.m. and informed his relatives of his death.

"They all seem to be very close," said Jim Love of the Colerain Township Police Department. "The father especially is taking this very hard. This is a family that has had some tragedies lately, and this just seems to be added to it."

Battalion Chief Steve Conn of Colerain Township said the river appears deceptively calm on the surface, which can lead swimmers to get in -- literally -- over their heads.

"This river is notorious for being shallow. However, that middle channel, we’ve already been measuring it at over 10 feet," Conn said.

Two years ago, a 13-year-old Middletown Middle School student drowned in a different area of the Great Miami after making a similar miscalculation. While swimming with a friend, Caleb Spivey was carried away by the current into unexpectedly deep and turbulent water. His friend was unable to reach him, and Spivey drowned.

Conn said Thursday that he would still encourage swimmers to enjoy their summers in the river, but to be conscious of the current and to always wear life vests.

This is a developing story.