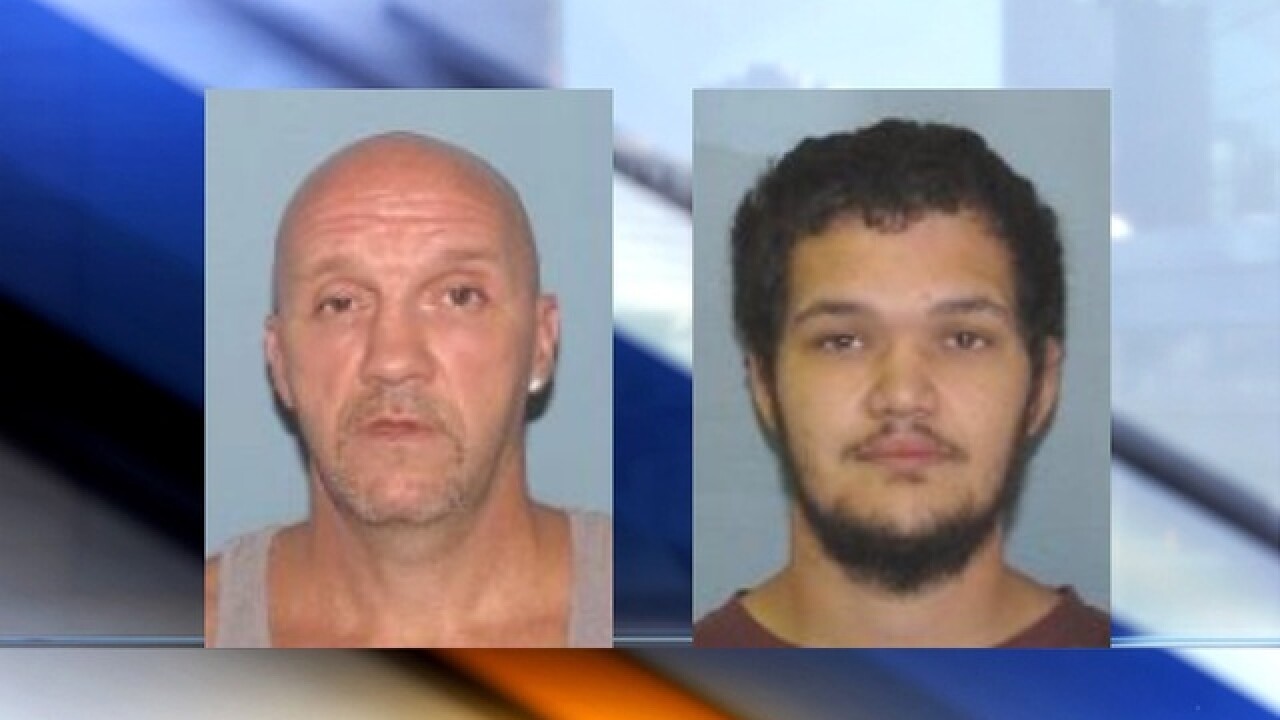 OXFORD TOWNSHIP, Ohio -- A woman was left with knife wounds to her face and neck after two men robbed her home Monday, Oxford Twp. police said.

Police responded to a report of robbery and assault in the 7100 block of Morning Sun Road at 2:37 a.m. Monday, according to an OTPD press release. When they arrived, they found a 48-year-old woman who was cut in the face and neck. She told police two men entered her home and cut her with a knife before taking items from her home.

Two men were charged with aggravated assault, aggravated robbery, kidnapping and aggravated burglary -- Fred Lee Gaston, 46, and Ryan A. Issaacs, 29. The two were spotted by a Hamilton police officer.

Gaston and Issaacs are in the Butler County jail awaiting arraignment.