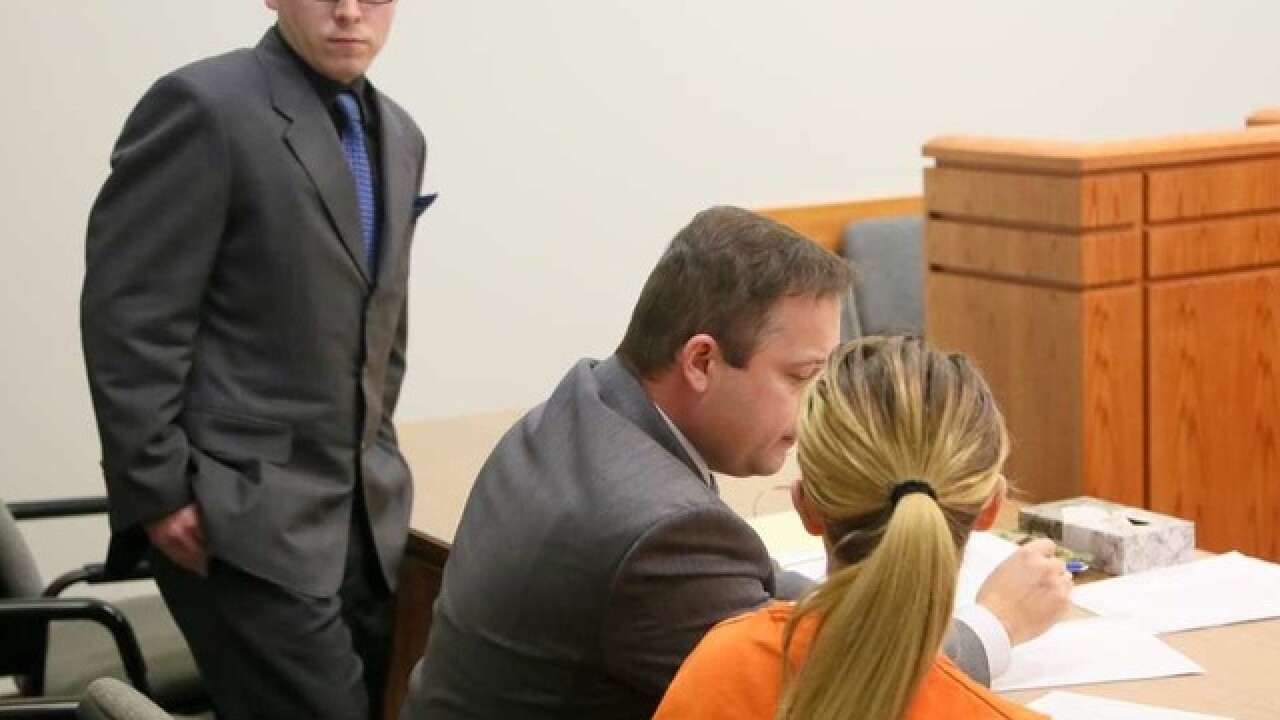 Greg Lynch | Journal-News
<p>HAMILTON, OHIO. March 16, 2016. Jason White, the man believed to be the father of Rebekah Kinner’s baby boy is seeking custody of the infant, and appeared in Butler County Juvenile Court along with attorney Kyle Napier and Rebekah Kinner.</p>

HAMILTON, Ohio -- The infant son of a woman charged in connection with her daughter's beating death has been placed with his biological father.

The Butler County Prosecutor's Office is mounting a case that Kinner's boyfriend, Bradley Young, beat young Kinsley to death in early December and that Kinner did nothing to stop the abuse, though her attorney, Kyle Rapier, disputes those allegations.

Last month, Rapier said he helped White -- who he only referred to as "Jason" at the time -- file petitions for custody of Wyatt Matthew Kinner. Wyatt was born Feb. 1 at Atrium Medical Center in Middletown, spending about 10 hours with his mother before she was sent back to the Butler County Jail.

Because White wasn’t represented by counsel at the pretrial hearing Wednesday, the Journal-News reported, a custody hearing was rescheduled for 3:15 p.m. May 6. Bruewer encouraged White to delay his hearing until counsel was appointed or he had hired an attorney and since the Journal-News was present in the room; White agreed.

Throughout Wednesday's short hearing, White never to his right, where Rebekah Kinner sat in her orange Butler County Jail jumpsuit, the Journal-News reported. And he refused to comment after the hearing as he walked toward his car.

Rapier has said that White is a family friend of the Kinners.

"He seems to be very level-headed," Rapier said. "He has two children from a prior marriage. He works."

Read more about this story from Rick McCrabb with the Journal-News, a WCPO media partner.