Jet skier rescues one kayaker but can't save the other 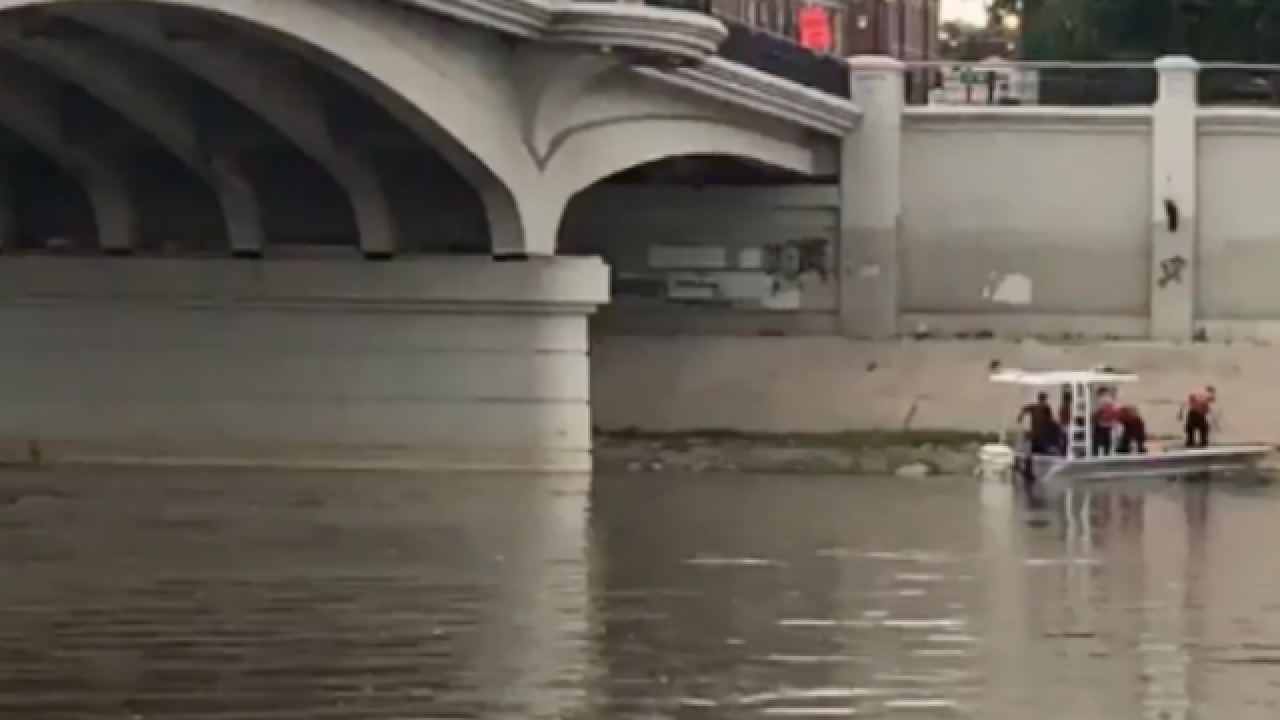 Copyright 2018 Scripps Media, Inc. All rights reserved. This material may not be published, broadcast, rewritten, or redistributed.
<p>Crews search near High-Main St. Bridge for kayaker believed drowned in Great Miami River in Hamilton.</p> 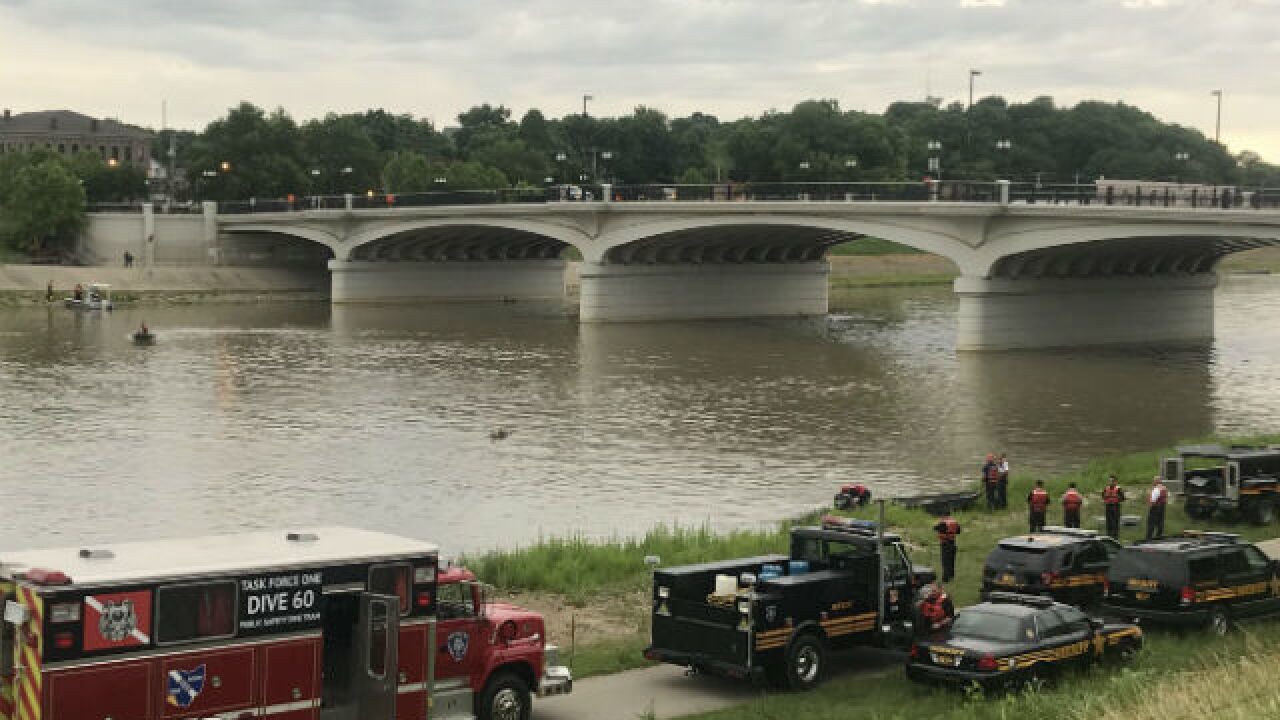 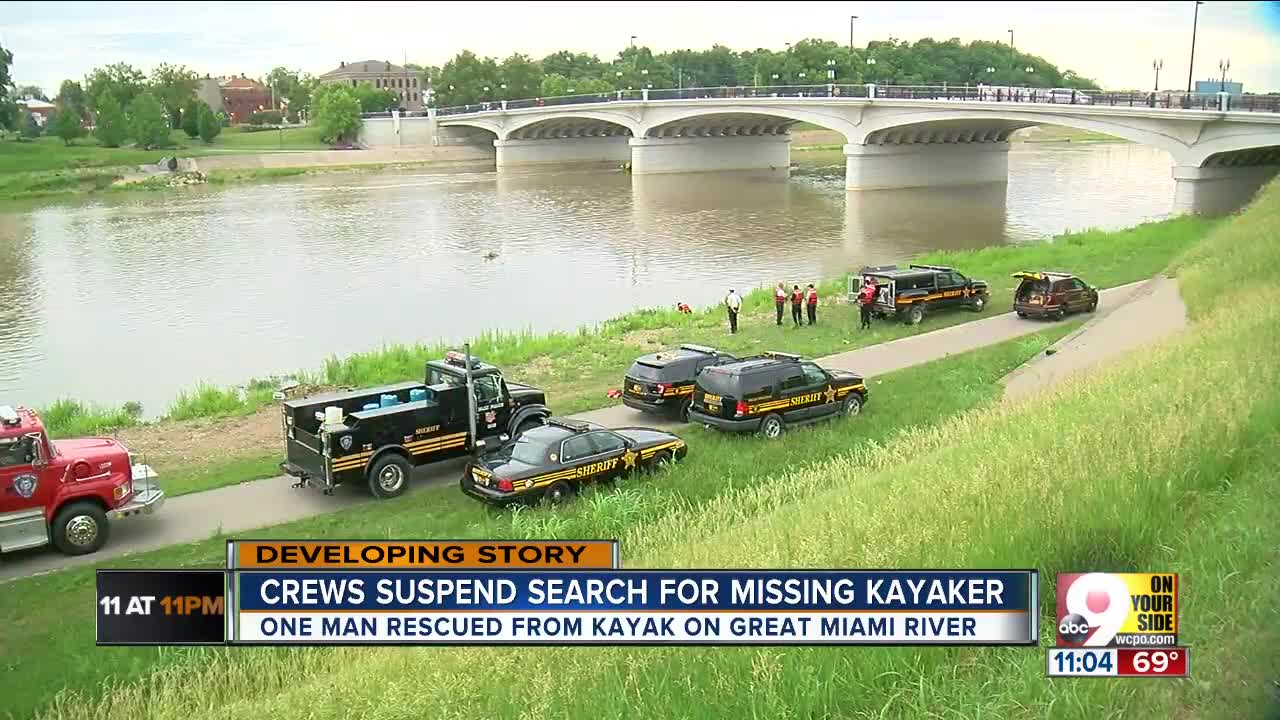 HAMILTON, Ohio – Judy Riley said she could hear the man's screams for help as he clung to his overturned kayak in the Great Miami River Sunday afternoon.

Fortunately, a passing jet skier rescued the 35-year-old man, but by the time he arrived, another kayaker, 29-year-old Benjamin Gipson, had disappeared under the water.

Divers and boats specially equipped with sonar returned Monday and Tuesday to continue searching for Gipson's body after a tragic accident at the High-Main St. Bridge.

The Butler County coroner will determine if the body is that of Gipson.

The two kayakers were “inexperienced" and had borrowed kayaks from a friend for a day of fun on the water, according to Hamilton Fire Department Deputy Chief Ken Runyan. Neither was wearing a life jacket.

Hamilton Fire crews were dispatched to the bridge around 3:10 p.m. after getting a report of two boaters in the water, Runyan said.

The two kayakers "flipped" when they went under the bridge, Runyan said.

"One was hanging onto a stick under the bridge, and he saw his buddy was struggling, so he let go of his stick to go get his buddy, and before he got to his friend he went under," Runyan said.

The man got hold of one of the kayaks and started drifting downstream, Runyan said.

"We were reassuring him they were coming," Hollan said.

"You’re in a place where you can’t do nothing. Even though you want to help so bad. you have to wait till they get there,” Riley said.

As fire crews were responding to the scene, the battalion chief arrived first and saw the jet skier rescue that kayaker, Runyan said. The other kayak was floating freely next to it with no one else in sight.

The jet skier brought the rescued man to shore, where he was treated by the fire department. He told rescuers that one of their wives had been kayaking with them, but she had left.

Officials have not released the name of the hero on the jet ski.

It was the second suspected drowning reported in the Tri-State this weekend. Crews have been searching the Little Miami River since Saturday after a 17-year-old boy disappeared while trying to swim across with his brother.

People who know the Great Miami River said it's much too dangerous for inexperienced kayakers. It may look calm, but don't be fooled, said Orlando Stuart of Fairfield Township.

"I think people get comfortable with this water, but this water will kill you," Stuart said.

“All the undercurrents, undertows ... It’ll pull you right under," said Riley

Runyan said the kayaker's rescue, with all of its moving parts, was "rare." He said fire boats did a sweep of the area "for about an hour" looking for the other kayaker.

"When we did not find that victim, we dispatched the Butler County Sheriff's Office for the Dive and Rescue team," Runyan said.

A task force dive team joined the effort to recovery the body, he said. The search was called off after dark.

Hamilton Police Chief Craig R. Bucheit tweeted that the search had transitioned from rescue to recovery and the dive team from the Butler County Sheriff’s Office was leading efforts.

Searchers were back out Monday using sonar technology, the Hamilton Fire Department said in a news release.