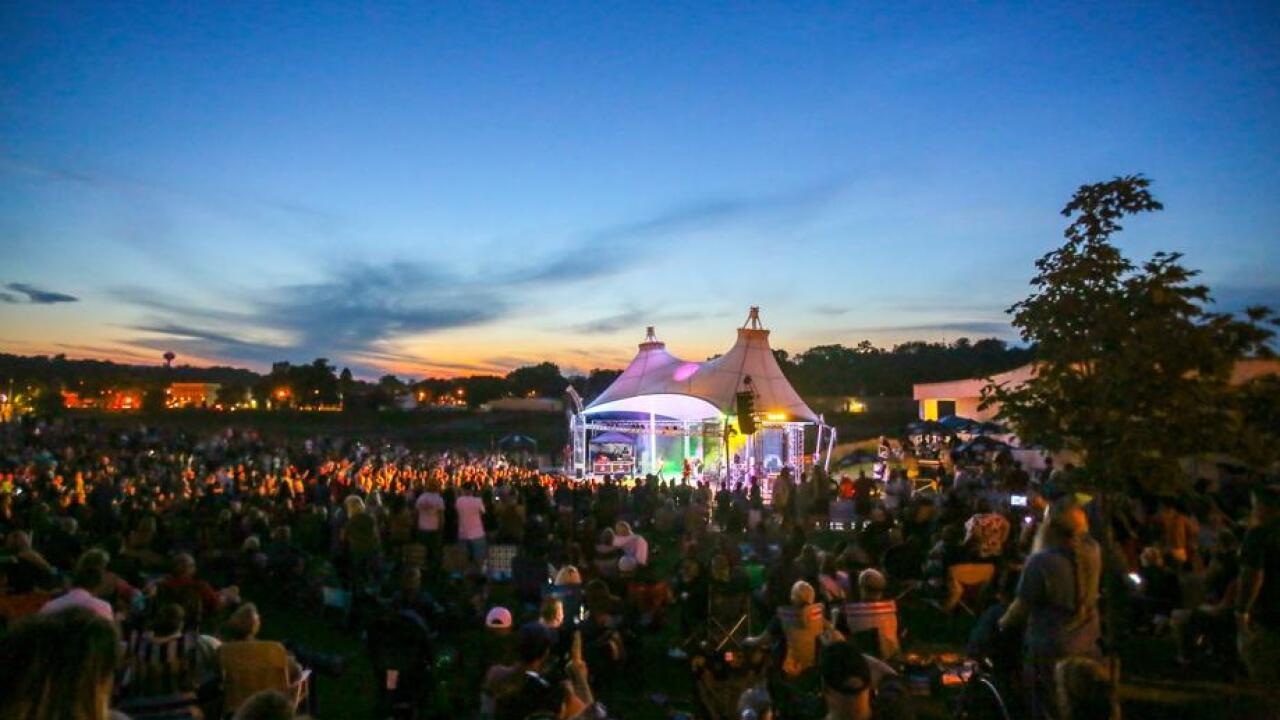 Greg Lynch
The RiversEdge Amphitheater in downtown Hamilton has hosted numerous concerts along the Great Miami River since 2013.

HAMILTON, Ohio — Concerts at the RiversEdge amphitheater in downtown Hamilton will resume on July 4, with varying degrees of social distancing, according to the Journal-News.

People willing to pay more for the outdoor shows can have more social distancing for themselves and their friends, while those wanting to economize can have less space.

Under the city’s plan, the city will have 8-foot-by-8-foot squares — the size of two pieces of plywood next to each other — spaced eight feet apart.

Originally, the city planned to limit each square to four people, each sitting at a corner of the square, Helms said. But: “Based on some of the feedback we received on social media, some people were concerned about the cost.”

If nine people are in an 8-by-8-foot square, they are sitting immediately next to each other’s chairs, Helms said, showing a photo of people sitting in chairs in such a square.

“We believe that it’s feasible to put nine people in an 8-by-8 square for a variety of reasons, the biggest one being it increases our capacity, it allows more people to attend, and it also brings down the cost of admission,” Helms said.

Whereas a family of four might have had to pay $10 apiece for a show where a square costs $40, if there are nine people, the per-person cost drops to $4.44.

“This is our best effort to bring live music to Hamilton in some form or fashion,” Helms said.