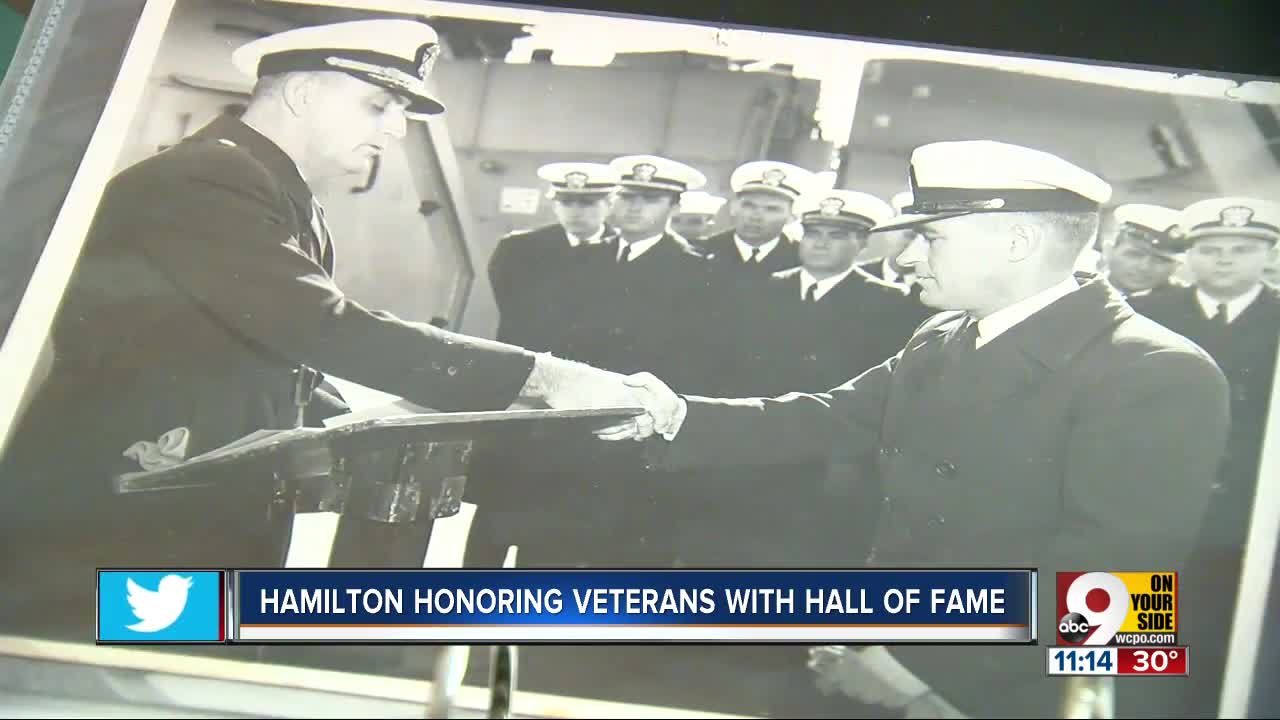 HAMILTON, Ohio — Twenty veterans will be inducted into the Hamilton Veterans Hall of Fame this weekend in its inaugural class. The ceremony will be the first of its kind for the city.

Navy veteran Marvin Sizemore, who will soon turned 98, served in World War II from 1941 to 1945. While in the service, he helped build a railroad through the jungle from Burma to Thailand.

"It was tough," Sizemore said. "I was a firm believer if you wanted to die you could turn your head and die any time you wanted to."

Sizemore survived his time overseas and even got left behind by his own ship once. He was visiting a small clinic to get a rash checked out.

"I looked at the nurse and she said, 'Is that your ship leaving there?' I said, 'Yeah.' They forgot I was there," Sizemore said. "They pulled out. Eight hours later, it got sunk."

After retiring from the Navy, he joined the Oxford Police Department and served the community for 20 years.

"I was very fortunate, I guess," Sizemore said. When asked if he would do it all over again, he said, "I'd have to think about that. I probably would, yeah."

"There were 16 million Americans in the military service in World War II," Kirsch said. "They could all be inducted, really. I'm just fortunate to be one that was selected, I guess."

The ceremony is slated to start at 1 p.m. on Sunday at the Fitton Center in Hamilton.