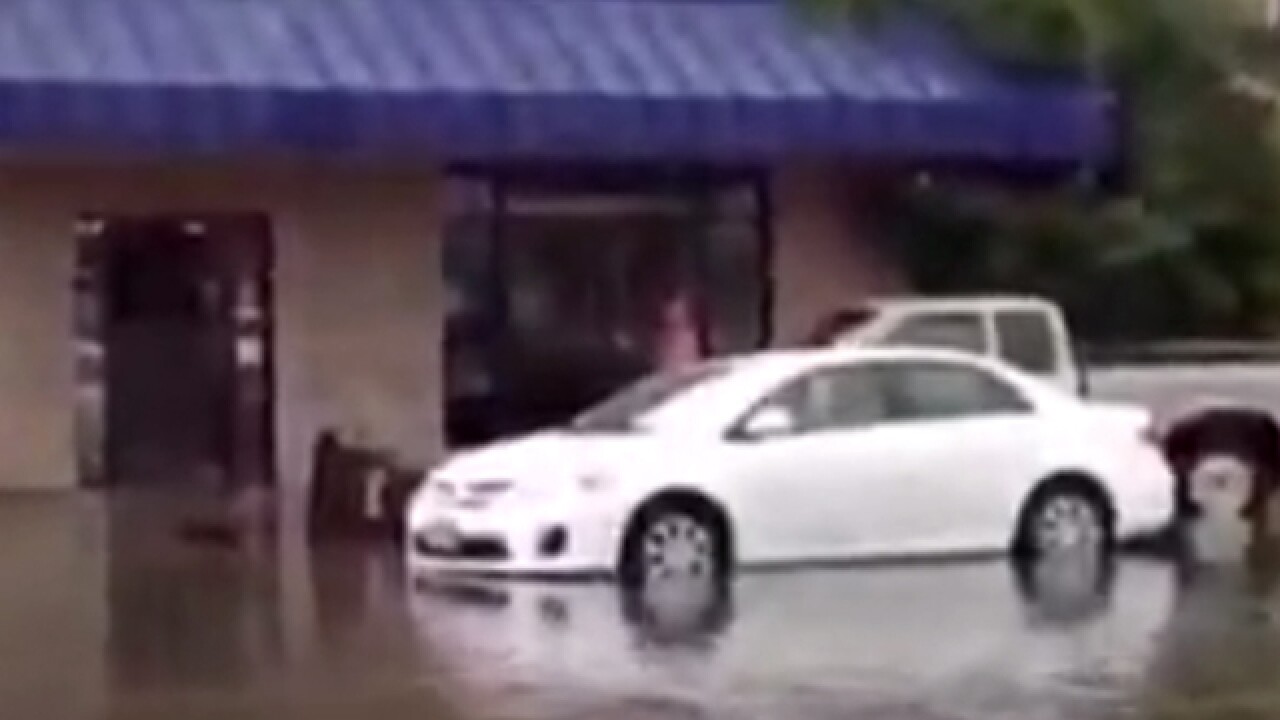 HAMILTON, Ohio — As the Tri-State prepared for a line of severe storms to roll through Wednesday night, some residents in Hamilton weren’t just concerned about hail or wind damage -- they were concerned their homes and businesses would be flooded…again.

The 9 First Warning Weather Center predicted the severe weather event just a few weeks after another string of storms came through the area, resulting in storm water, and in some cases, raw sewage pouring into their basements.

According to 23-year Hamilton resident Carolyn Smith, this has been a problem in Hamilton’s West Side for more than a decade.

“The residents in my area, Park and Haldimand [avenues], have had issues with the storm sewers backing up in our basements many times over the last 10 to 15 years,” she told WCPO earlier this month, after that most recent line of storms.

Kevin Maynard, director of public utilities for the city of Hamilton, said sump pumps and down spouts at the affected areas are contributing to the problem.

“The sump pumps and down spouts of the customers in those areas that are dumping all this rain water right into the same sewer that’s collecting the waste water from the home — that’s really what is causing this,” he said.

Maynard said, in many cases, it can be as simple as disconnecting those down spouts and putting them instead into the lawn or garden.

Maynard was confident the process to resolve the issue can begin quickly, although it will take time to completely fix.

“The good news is that we can at least reduce this problem," he said. "I think we can significantly reduce it. It’s not a quick fix.”