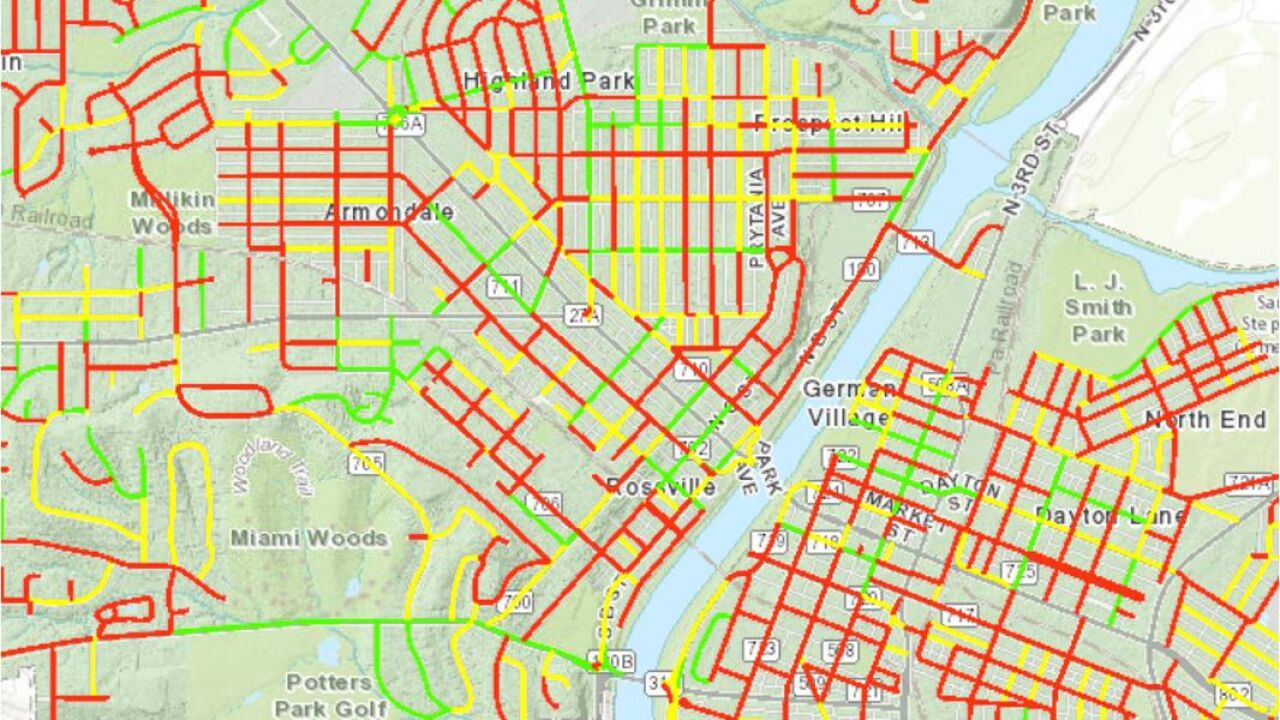 Streets shown in red are in the worst shape in Hamilton. Those in yellow are in next-worst shape. Those in green are in the best condition, according to consultants who evaluated the roadways. Image provided.

As Hamilton residents vote on which streets they most would like to see paved next year with proceeds from this spring’s successful street-repair levy, Grand Boulevard so far is three times more popular than the second street, City Clerk Nick Garuckas told City Council on Wednesday.

Residents can vote online at the city’s website, by messages to513-785-7155, with forms that appear in their utility bills or with forms in the lobby of the city-government tower at High Street and Martin Luther King Boulevard.

But to have their suggestions count toward the streets the city will pave during 2021, those opinions have to be turned in by Aug. 7, officials have said. That amount of time is needed for city staff to determine which streets will be paved next year and also prepare for bidding through the rest of this year for the work.

City officials pledged before the street-levy vote that over the 10 years of the levy, each of the city’s 17 neighborhoods will see a proportionate number of street miles paved that is comparable to the percentage of miles of streets it has to the city’s total.

“We’ve heard from about 500 residents all across Hamilton, 17 neighborhoods,” Garuckas said.

The city will continue to collect residents’ opinions throughout the year about which streets they want paved, Garuckas said.

In another transportation matter, council voted 7-0 to authorize city staff to enter an intergovernmental agreement with the Butler County Transportation Improvement District to make preparations for the first studies that will determine the route and other particulars of the proposed North Hamilton Crossing.

That will include bridges over the Great Miami River and CSX railroad tracks and highways that will give traffic an alternative to the east-west corridor of High and Main streets through the city and help alleviate heavy traffic through the city, especially with the expected December, 2021, completion of Spooky Nook Sports Champion Mill indoor sports complex and convention center.