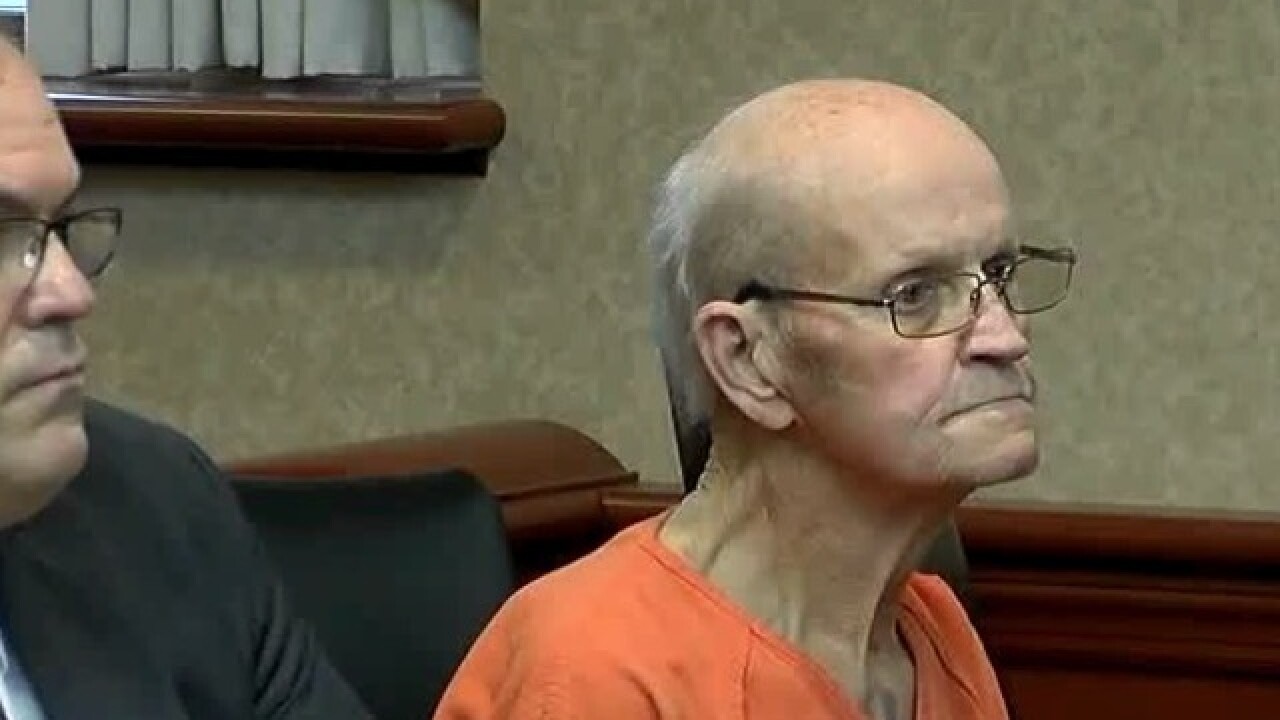 BUTLER COUNTY — Lester Parker, who was convicted along with his nephew of murder and arson in the death of Hamilton firefighter Patrick Wolterman, has died in prison, according to fire officials.

Parker, 70, and William “Billy” Tucker were sentenced to life in prison with the possibility of parole after 15 years after a long jury trial in 2017 in Butler County Common Pleas Judge Greg Stephens’ courtroom.

Ohio Department of Rehabilitation and Correction confirmed the death of Parker this morning and that his death is believed to be related to coronavirus. Parker died on Monday at the London Correctional Institution.

“His death is considered “probable” for COVID-19 at this point, however we are awaiting the death certificate,” said Sara French, deputy communications chief.

Parker and Tucker, of Richmond, Ky., were charged with arson and murder in the fire at Parker’s Pater Avenue home that killed Wolterman on Dec. 28, 2015.

Both men denied any involvement in the deadly fire and testified in their own defense.

Tucker admitted to being in Hamilton during the early-morning hours when the fire occurred but said he came to get pain pills from one of Parker’s daughters and then “peddle” them in Hamilton to make money. He also admitted to lying to police when they first questioned him about his whereabouts that day by saying he was in Richmond, Ky.

Parker testified he moved items from his house to his garage to make room for a family gathering, not to spare them from the fire as the prosecution argued.

During trial, now-retired Assistant Butler County Prosecutor David Kash told the jury they could make inferences from text messages and testimony to conclude Parker and Tucker were guilty of murder and arson.

He meticulously went over social media messages, phone records and even a Hamilton police license plate reader that caught the image of the car that a Hamilton woman used to drive Tucker to the city on the morning of the fire.

“Clearly this is a case of circumstantial evidence,” Kash said, telling the jury to “take facts you know and make reasonable inference,”

Kash told the jury that the state is not arguing Parker and Tucker purposely killed Wolterman, but rather conspired to commit arson that resulted in Wolterman’s death.

“If someone acts in partnership with the person who actually committed the crime, he is just as guilty,” Kash said.

Parker was in Las Vegas celebrating his 45th wedding anniversary at the time of the fire.

“The data starts to tighten the noose,” Kash told the jury.

Butler County Prosecutor Michael Gmoser pointed to what he called a “silver bullet” during final closing arguments — a call placed from a phone registered to Tucker’s Kentucky girlfriend to Parker’s house on Dec. 27, 2015.

Parker previously testified he had not talked to Tucker in more than one year before the fire.

“That is the call from Tucker checking in to find out if the deal is still on,” Gmoser said.