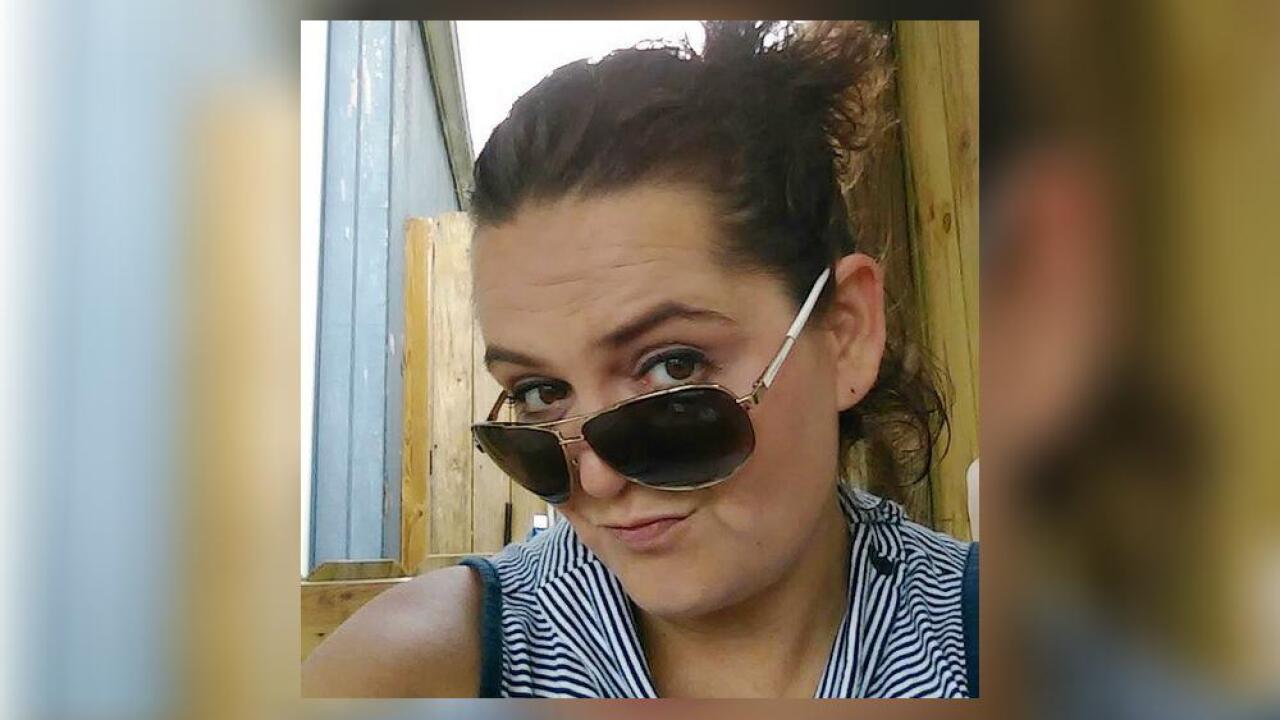 Provided
Michelle Henry was 37 when she was stabbed to death in June 2018 by her boyfriend, who a police officer shot to death while he was refusing to stop his attack. Henry’s father, Raymond Miller, is organizing the 5th annual Light the Night Purple in downtown Hamilton.

HAMILTON, Ohio — Michelle Henry, known as Shelly to her friends and family, was a victim of domestic violence.

The 37-year-old mother of three was stabbed 53 times by her boyfriend, Logan Williamson, 37, in the 1500 block of Gelhot Drive on June 22, 2018. Fairfield Police Officer Bryan Carnes broke through the door of the residence and bathroom where he saw a man actively stabbing a woman, according to the investigation. He fired two shots and struck Williamson, who died at the scene. Henry was transported to Mercy Health-Fairfield Hospital but died at the hospital.

“She probably is a person who cared for people too much, without doing anything for herself and her relationships,” said Raymond Miller, Henry’s father. “She was very loving, caring and very protective.”

Miller is organizing the fifth annual Light the Night Purple to raise awareness against domestic violence, and similar events are happening around the world, he said. The Hamilton rally runs from 6 to 8:30 p.m. Saturday at the gazebo outside the Butler County Historic Courthouse at 101 High St.

“We need more education in junior high and high schools, teaching that humanity deserves respect,” said Miller. “No one deserves any type of form of abuse.”

Miller said his daughter was always outgoing, even in her high school days, and she befriended new and shy students. But he said Henry “had her own demons” and admits he was in denial about her problems, including drug abuse. Despite her problems, “I think that she really thought that she could fix Logan.”

Miller has consistently told his daughter’s story in hopes it will help a domestic violence victim leave an abusive relationship. He has distributed “ShellyStrong” yellow wristbands to those who have left abusive relationships, which he believes has “given a lot of women bravery to stand up to their abuser.”

“She has helped so many people with her death through her story,” Miller said.

The rally comes two days ahead of October, which is National Domestic Violence Awareness month.

According to the National Coalition Against Domestic Violence:

• One out of four women and one in nine men experience domestic violence;

• Domestic violence makes up 15 percent of all violent crime;

• Nineteen percent of domestic violence involves a weapon; and

• Twenty percent of domestic violence homicide victims were committed by a family member or friend.

At Saturday’s event, survivors of domestic violence and members of the county’s religious community will speak, and itwill conclude with a release of up to 300 purple balloons.