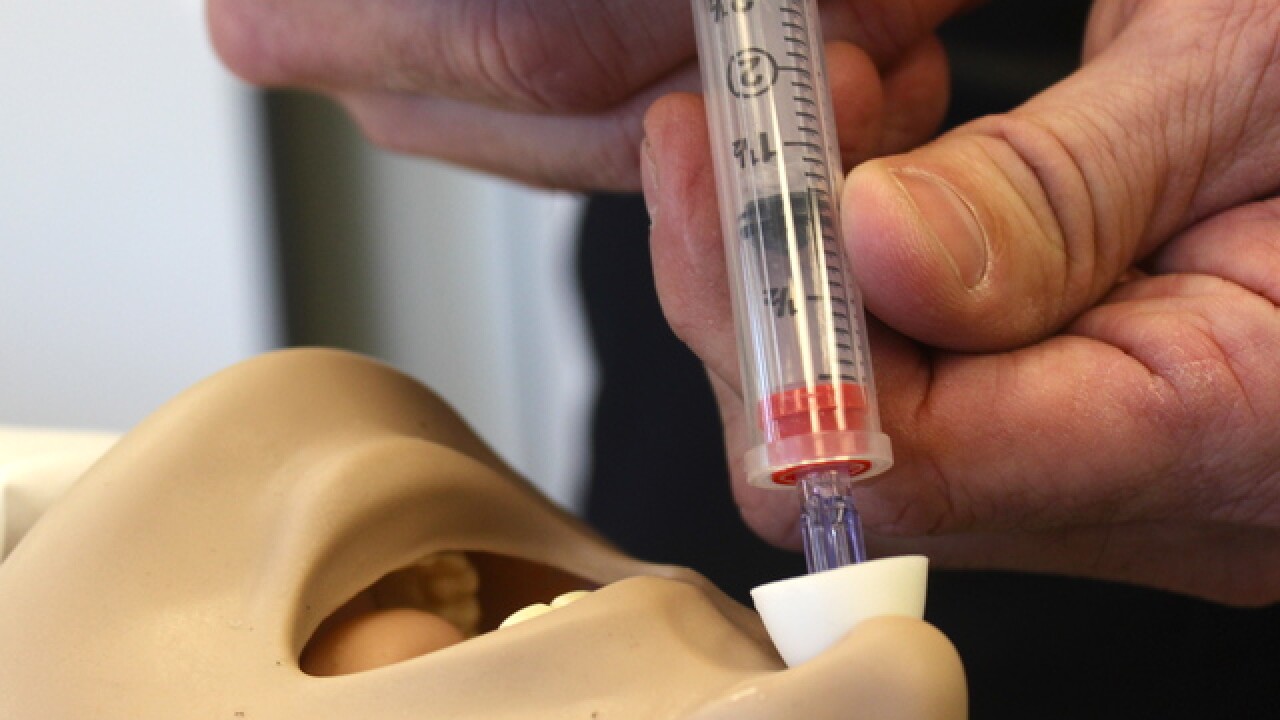 Taylor Mirfendereski | WCPO
<p>Narcan, sold over the counter in Ohio pharmacies, is a nasal spray that can reverse a heroin overdose. </p>

A single dose of Narcan used to be enough to save heroin users after an overdose, according to Hamilton County health officials, but the heroin cocktails entering the Tri-State are proving tougher to treat.

Heroin mixtures laced with fentanyl (a surgical anesthetic) and carfentanil (typically used as a tranquilizer for large animals) are so powerful that they resist the treatments on which first responders have historically relied to save opioid overdose victims’ lives.

"We have been receiving reports from some of our colleagues in the healthcare systems that people have had to be put on IVs of Naxolone just to keep them and bring them back,” said Hamilton County assistant health commissioner Craig Davidson. “The carfentanil is that strong that, again, one, two or (even) three doses sometimes is not enough.”

And these deadly mixtures are becoming steadily more common throughout the Tri-State.

Officials said Hamilton County hospitals received over 30 drug-related visits on the same day during the weekend; former heroin user Jessica Sageser said that isn’t surprising. Drug users who become victims of carfentanil and fentanyl-laced products do not seek them out intentionally and are often blind-sided by the deadly effects.

“It’s not like they hand you your dope and say, ‘Here’s the carfentanil dope,’” she said. “You don’t know. The seriousness of it has escalated so much more because this drug is, like, indescribable. It’s a snap of the fingers and the blink of an eye, and you are done.”

While medical professionals and emergency responders struggle to find effective ways to treat increasingly potent drugs, Craig Davidson encouraged ordinary people to help overdose victims as much as they can.

“(If you see someone who has overdosed), call 911 right away, attend to them, provide CPR if you are able to and administer Naloxone as much as you can or as much as you have until help arrives,” he said.