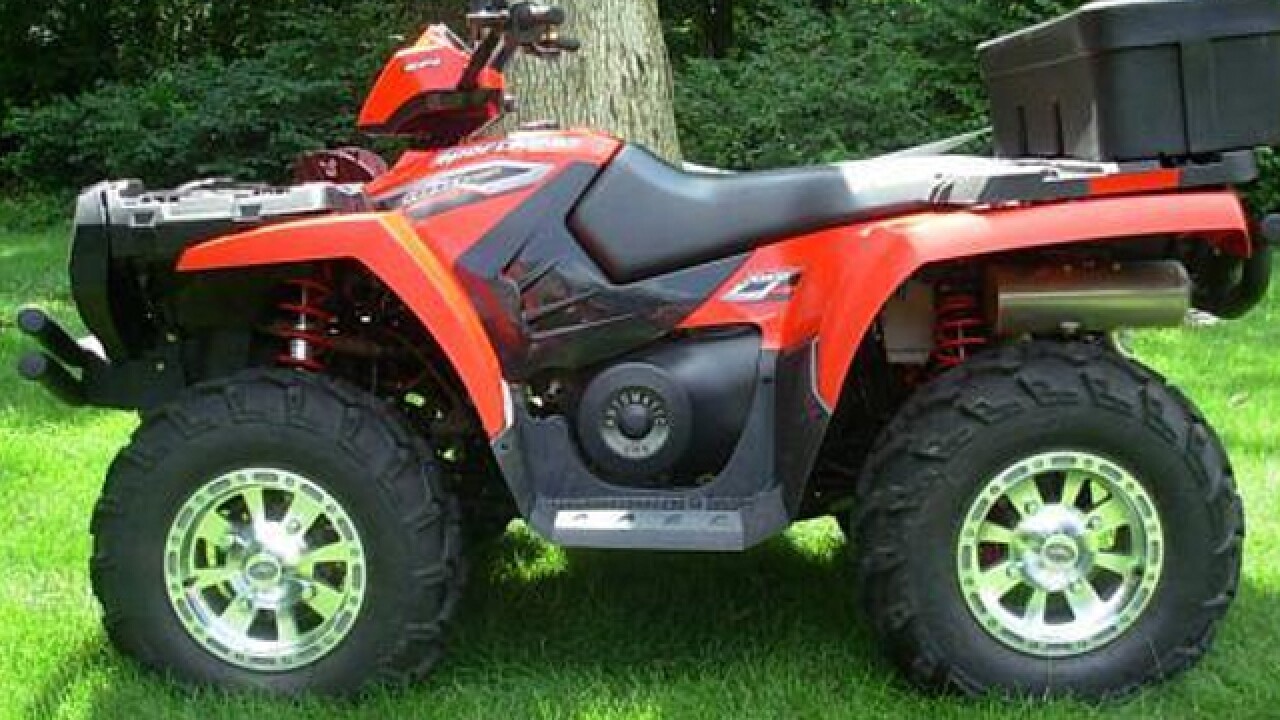 Creative Commons
<p>File photo of a 2007 Polaris Sportsman 800 Quad runner. Not the actual ATV involved in the crash.</p>

MADISON TOWNSHIP, Ohio — A sheriff's official said a 16-year-old boy was killed in an all-terrain vehicle crash at a fishing lake in Madison Township.

Joseph Gillis, of Gasport, New York, died around 8 p.m. Wednesday after he crashed his ATV.

Sgt. Reggie Bronnenberg of the Butler County Sheriff's Office says the ATV crash was reported around 6:30 p.m. Wednesday at Stony Meadows Fishing Lake in Madison Township. Bronnenberg says the boy was pronounced dead at the scene.

Bronnenberg says the crash happened on private property and remains under investigation.