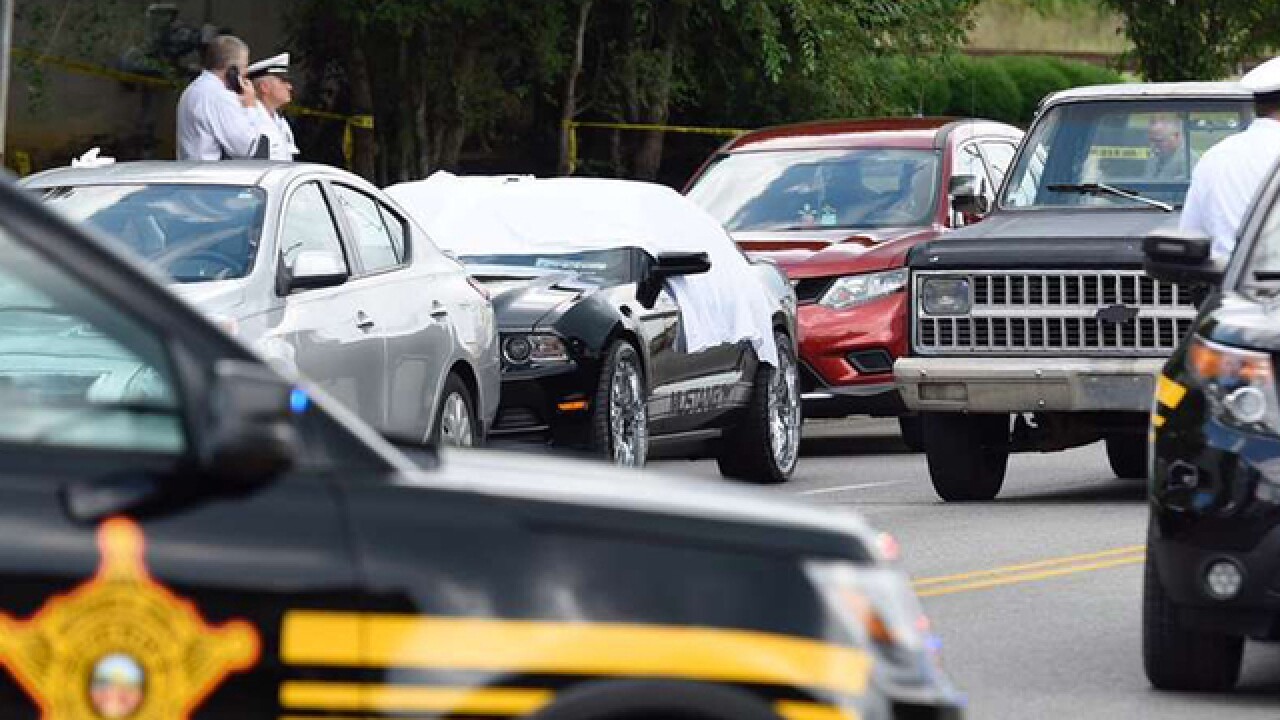 Nick Graham | Journal-News
<p>Tarp hides the body of a shooting victim from view after two men were killed in Hamilton on Wednesday.</p> 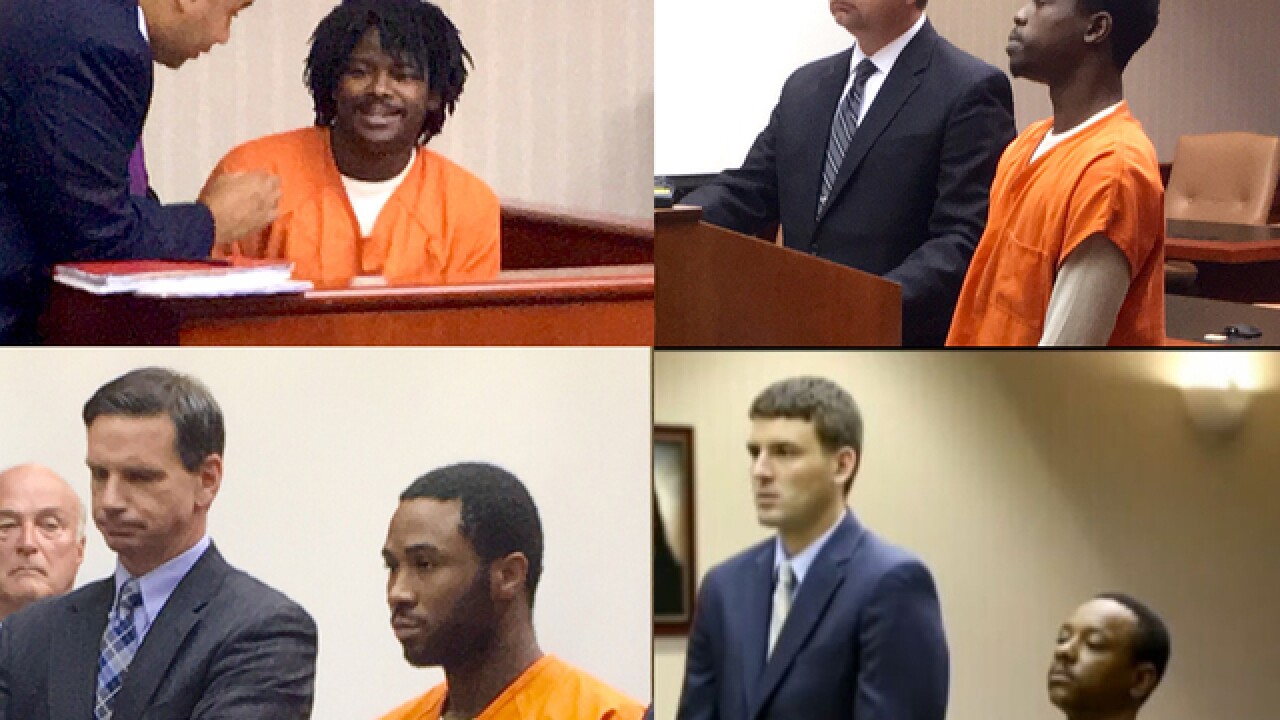 HAMILTON, Ohio -- Seven suspects are due in court Friday facing charges in connection with a pair of shootings in Hamilton that left three people dead and several others injured.

A Butler County grand jury returned indictments Aug. 11 against seven men and one woman for the July 24 shooting at Doubles Bar and the Aug. 3 drive-by shooting along Central Avenue. Some could face the death penalty if found guilty, according to the prosecutor.

Cornell McKennelly previously appeared in court and is facing a murder charge for the shooting at Doubles bar that killed Kalif Goens. He was given a $1 million bond.

Goens' brother, Mondale Goens, pleaded not guilty to two counts of felonious assault. He was given a $500,000 bond after the prosecutor noted that Goens is currently on probation for receiving stolen property. If found guilty, Goens could face up to 22 years in prison.

Rodrick Curtis pleaded not guilty to felonious assault Friday in connection to the Doubles Bar shooting. He was given a $500,000 bond and faces up to 13 years in prison.

Police believe the shooting at Doubles bar led to a second one on Aug. 3 on Central Avenue. They say that shooting was a hired hit as revenge for Goen's death. It killed Orlando Gilbert and Todd Berus.

Zachary Harris, 24, of Columbus, is charged with aggravated murder with a death specification in the Central Avenue shooting. Police said Harris was sitting in the backseat of the car during the drive-by shooting. Harris faces the death penalty if convicted. He was given a $5 million bond Friday in court.

Also facing murder charges are Melinda Ann Gibby, 35, of Lancaster; Tony Patete, 23, of Newark; and Michael Tracey Grevious II, 23, of Hamilton. Prosecutors say all four charged in the Central Avenue shooting could get the death penalty if found guilty.