5 things to know about ‘Billy Yank,’ the historic monument that stands over Hamilton 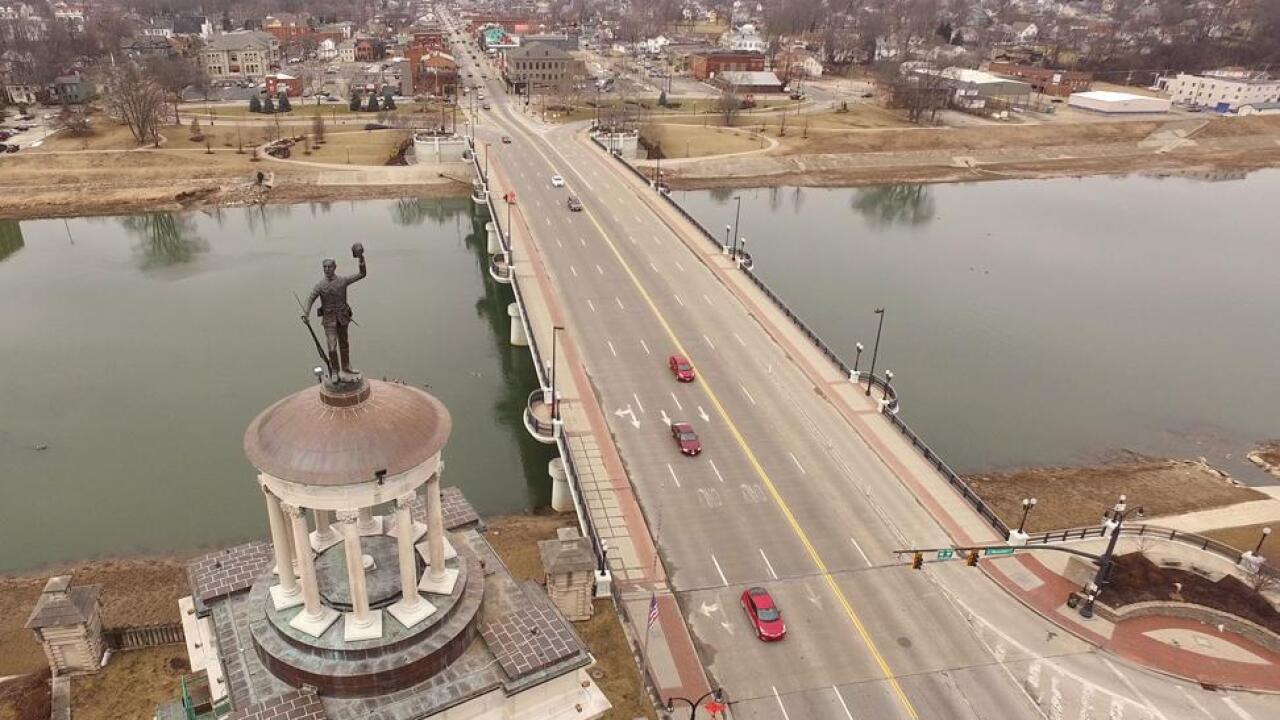 Journal-News
Restoration work has started at the Soldiers.

HAMILTON — The Soldiers Sailors and Pioneers Monument in downtown Hamilton has been a landmark in the county for almost 112 years, and now that “Billy Yank” has a new dome to stand on, the museum will once again be open to the public.

Here are 5 things people might not know about the familiar fixture:

1. More on the inside. The monument is 100 feet tall and 40 feet square and holds a myriad of uniforms, artifacts of wars like cannons and bayonets, documents, books and other memorabilia dating back to the Civil War. Before the museum closed for repairs, people were still bringing uniforms for display.

2. Who is Billy Yank? The bronze soldier atop the structure is Billy Yank, a common name for Union soldiers during the Civil War. Billy’s official title is “Victory, the Jewel of the Soul.” He is 17 feet tall, weighs more than 3,000 pounds and his foot is resting on an unexploded shell.

3. Why that spot? The monument was planned and promoted by Butler County Civil War veterans and financed by a county levy in 1899, according to the Ohio History Connection website. The monument is made of Indiana limestone and sits near the center of the site where Fort Hamilton once stood.

4. Fascinating trivia. Former curator Don Schollenbarger gave the Journal-News a tour of the monument before he retired in 2015. He told all kinds of fun facts about the historic treasure. Tidbits included a note that a little cannon in the museum wasn’t used as a weapon but as a means of communication between soldiers, and the story of the origin of the beautiful stained-glass windows.

“One of the unique items is the stained-glass windows upstairs, which are to honor the women that served in the Civil War,” the curator said. “It was a very unusual thing for the Civil War veterans to do.”

5. Billy Yank will live on. The county and Hamilton Community Foundation spent almost $500,000 to make critical repairs to the monument, like installing a new copper dome and waterproofing the many leaks in the building. The Butler County Historical Society will take over curator duties soon and they plan to open the building to the public in May.