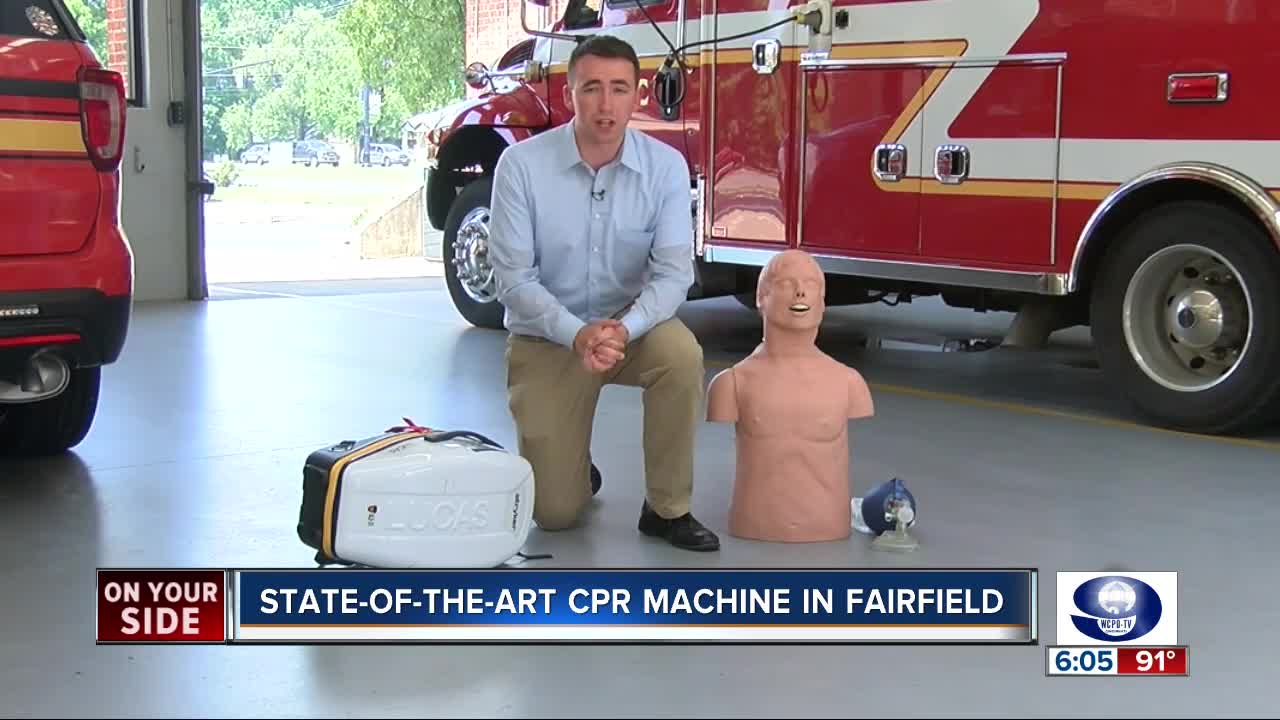 By implementing a machine for the job, Fairfield Fire Department hopes to take a lot of the rusk out of human error. The LUCAS devices can automatically determine how deep to push on a patient's chest, and they don't get tired or slow down compressions over time like a human might.

"It's the best, basically, we can offer," said Tom Wagner, deputy chief of the Fairfield Fire Department. "A machine is going to do something better than what a human being can do. Again, it's the consistency and continuous amount of compressions we're providing."

These devices can also continue performing CPR as a patient is carried, moved or brought in and out of the ambulance. Fairfield firefighters said the department has already used the LUCAS device on two calls, and they said it's working perfectly.

"It's safer for us," said Wagner. "It's going to help reduce injuries. But, it also benefits the patient in that it provides continuous and consistent compressions during the course of the resuscitative efforts."

The department's two LUCAS devices arrived the week of July 8. They aren't cheap, though; a LUCAS chest compression system costs $20,000 each. One of the two devices Fairfield Fire Department obtained is being paid for by a donation from the Mercy Health Foundation.