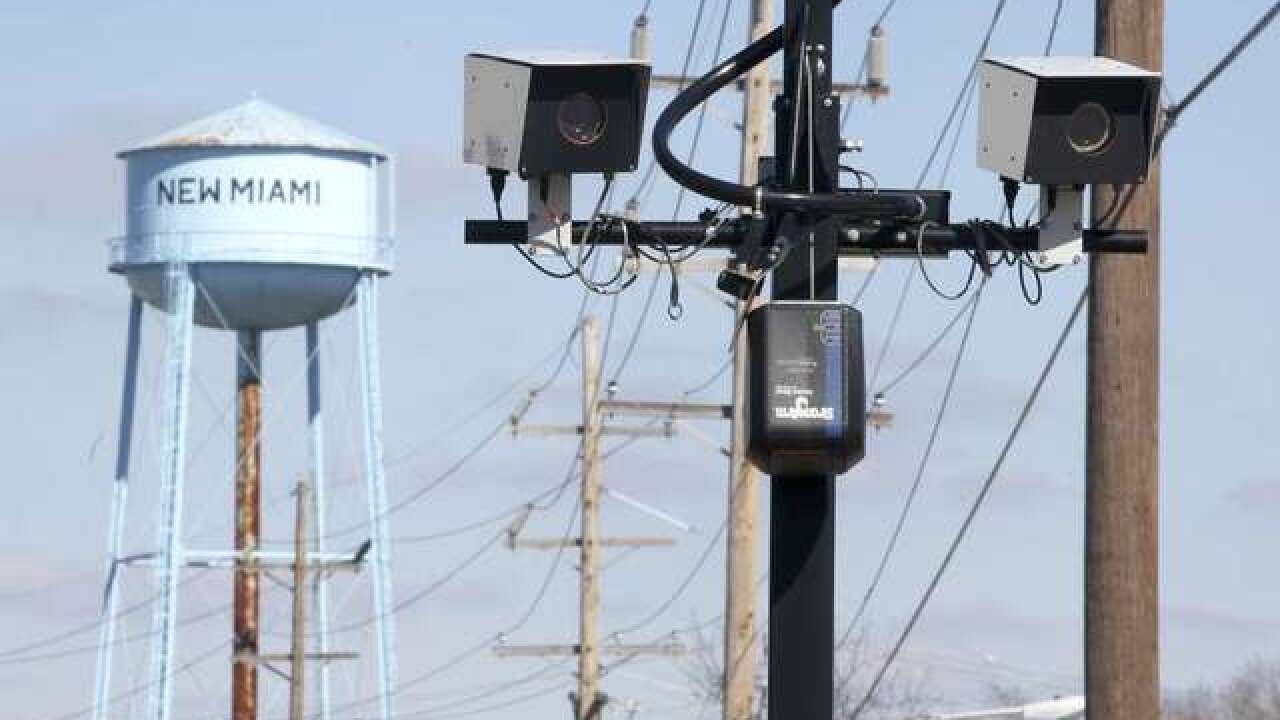 Copyright 2015, Journal-News
<p>Speed cameras formerly used in New Miami, Ohio, before a judge ruled their use was unconstitutional. (Journal-News via WCPO, File)</p>

That's every penny 44,993 the drivers paid in fines during the 15 months the cameras were rolling, WCPO media partner the Journal-News reported.

New Miami's speed cameras were found to be unconstitutional in March 2014, and the case has been in and out of common pleas and appellate courts ever since. The Ohio Supreme Court declined a review of the case last summer.

The village itself collected just $1.8 million of the $3 million; the rest went to Maryland-based contractor Optotraffic, which ran the program.

Judge Michael Oster asked the speeders' attorneys to provide him with a spreadsheet of how much their clients were ticketed for within 30 days of Wednesday's ruling, the Journal-News reported.

James Englert, the village's outside counsel on the case, could not be reached for comment. But he's said previously the village would appeal again.

Police in New Miami started using a handheld LIDAR device with a camera to crack down on speeders early last year, a move to enforce speeding while also complying with state law. The village collected $424,196 through November.

Read more about the case at the Journal-News.