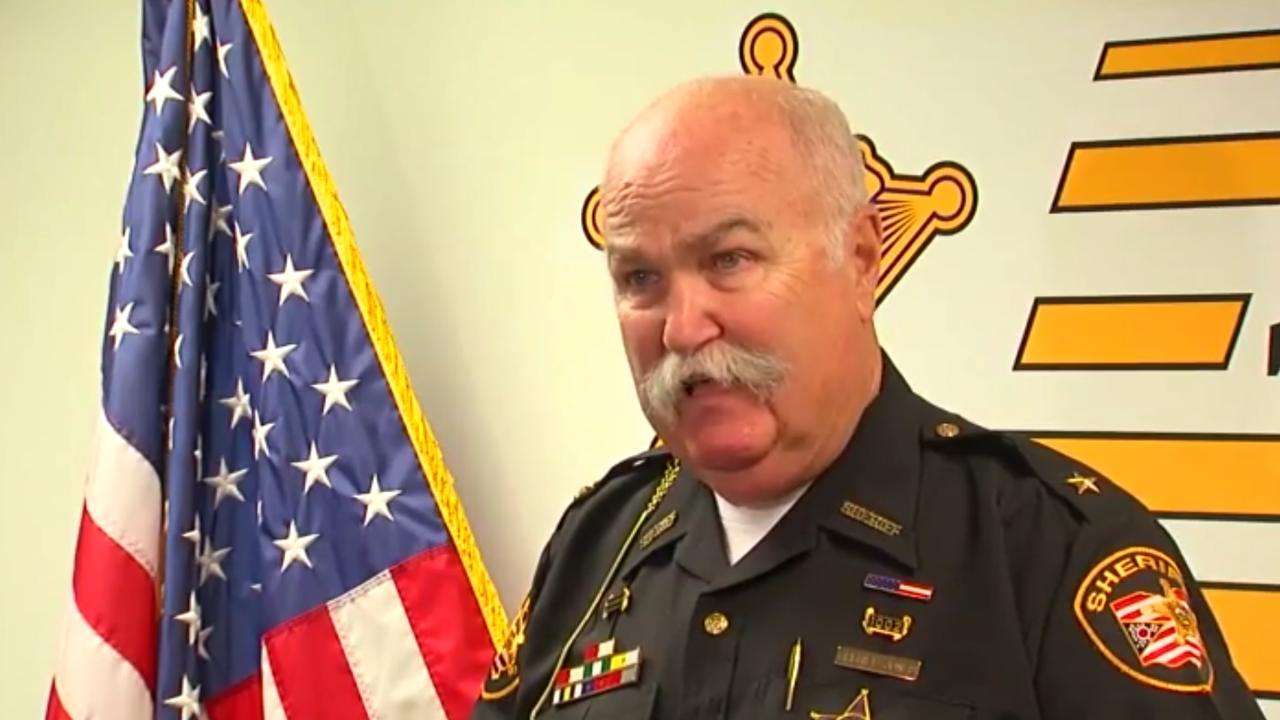 Scott Wegener
Sheriff Richard Jones said on Friday, June 28 that he wants to increase penalties for people who sell drugs to pregnant women.

Middletown and Hamilton officials changed their stand and said they will now release information about locations of people with COVID-19 to the Butler County Sheriff’s office, the Journal-News reported Wednesday.

Sheriff Richard Jones criticized those cities’ health departments this week for not providing addresses of those who tested positive so first responders dispatched there would know. When Middletown continued to refuse, Jones said Wednesday he would go to court to force Middletown to provide that information.

In announcing the change, Middletown and Hamilton said Wednesday they received updated guidance from federal authorities. They cited a federal document that states that the Health Insurance Portability and Accountability Act (HIPPA) Privacy Rule allows the information about names and other identifying information of people with some diseases to be shared.

“We will provide all locations of Hamilton residents with COVID-19 to the Butler County Sheriff’s Office to be logged into the computer-aided dispatch (CAD) system,” Hamilton official Brandon Saurber said. “Our local police and fire departments will benefit from access to this information through the CAD system.”

“The City of Middletown leadership and Department of Health have been in contact with the Butler County Sheriff’s office and all concerns regarding the release of COVID-19 testing information for the safety and precaution of first responders have been addressed,” Middletown officials said in a statement. “Any positive COVID-19 test result in the city limits of Middletown was previously shared with the appropriate first responders and that practice will be continued. The safety of everyone in this community, including our dedicated first responders, is always the top priority.”

The sheriff’s office has the largest dispatch center in the county and dispatches for 15 fire and 12 EMS departments and eight police agencies, including Hamilton and Oxford. But it does not dispatch for Middletown.

“I cannot stand idly by watching my men and woman on the front line respond to a residence not having the knowledge they need to keep themselves and their family safe,” Jones said in a release Wednesday. “This is equivalent to knowing someone has a weapon and my deputies not given that information. It’s reckless and I won’t stand for it.”

Previously, Middletown Health Commissioner Jackie Phillips pointed to a directive from the Bureau of Infectious Diseases for the Ohio Department of Health stating the state's policy.

“Due to privacy concerns, we would not provide addresses for any confirmed case of COVID-19 in any county. You are correct that law enforcement and EMS should respond to respiratory events using appropriate precautions,” the bureau said in an email to Phillips. “Additionally, knowing the addresses of confirmed cases will not protect them from cases that we do not yet know about, or from visitors to their area who are cases.”

Phillips said the department does not release names and addresses for people with communicable diseases, including HIV, tuberculosis, or syphilis.

Months ago, when investigators first associated the virus with travelers to China, Phillips said Middletown provided a few addresses but no names.

“But once it became community spread, it is kind of like a false protection for us to say, ‘Don’t go to street A and B,’ when D may have the same threat and we don’t know yet,” Phillips said.

Phillips added if she responded to a home with a person under quarantine, she would tell officers or medics with her to don protective gear.

Butler County Health District Commissioner Jennifer Bailer cited home rule law for her decision to give addresses to the sheriff's office and said she consulted with the prosecutor’s office first.

“In the state of Ohio, each local health district has what is called home rule that means they make certain decisions on their own … this is one of those areas,” Bailer said.

Bailer said the county prosecutor ruled that release of the information did not violate any code or rules. But Bailer said other local health districts can make their own decision because they all have home rule.