Here's what to expect when the weather warms 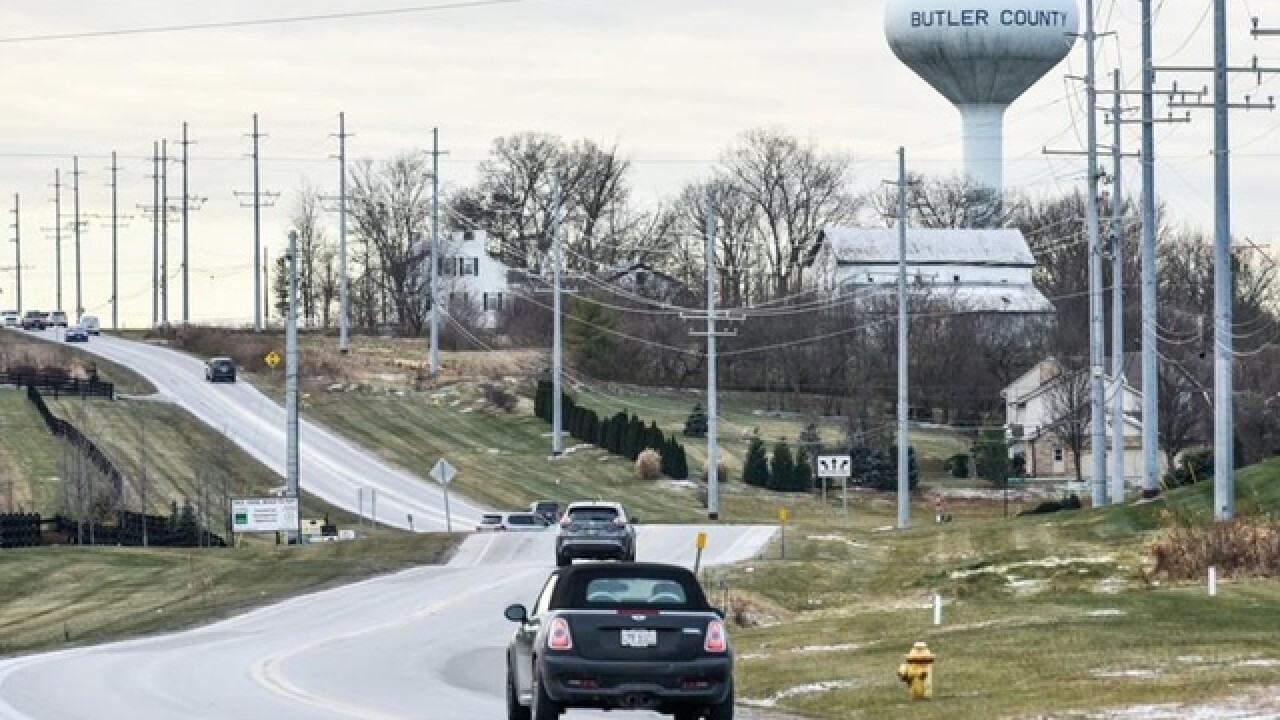 Copyright 2018 Scripps Media, Inc. All rights reserved. This material may not be published, broadcast, rewritten, or redistributed.
Journal-News
<p>The $7 million widening project for Ohio 747 wrapped up earlier this year. It was on Butler County Engineer Greg Wilkens’ $34.4 million project list for 2018. This is the section between Millikin Road and Princeton Road.</p>

BUTLER COUNTY, Ohio -- The orange barrels and detour signs are going into winter storage this week in Butler County as road construction comes to a close.

The first phase of the $1.9 million project to improve Princeton Road in Fairfield and Liberty townships was completed last week and the road reopened from Jayfield Drive to Liberty Fairfield Road. The second phase — that will take the improvement over to Ohio 747 in Liberty Township — was delayed because of inclement weather, according to Chief Deputy Engineer Dale Schwieterman.

“Basically just not enough time in the year, we have another couple months on it probably,” Schwieterman told WCPO media partner the Journal-News. “Going into this time of year we don’t have enough good weather to get it closed and opened back up, and we don’t want it closed all winter.”

The massive Cincinnati Dayton Road widening project in Olde West Chester will also go on a winter hiatus next week when Station Road reopens after the bridge replacement there.

The $7.8 million project includes widening the road to four lanes, new sidewalks and decorative lighting, two mid-block crosswalks, replacing one bridge and widening another and adding a pocket park at Station Road. Schwieterman said the project will resume in the spring and likely will last most of the year.

The on-and-off ramps at Tylersville Road and Interstate 75 in West Chester Township will also “get wintered” soon. Schwieterman said the southbound lanes are basically complete — final paving is still needed — so crews will be back on the northbound ramp in March or April.

Butler County Engineer Greg Wilkens had a $34.4 million to-do list for this year, widening and improving roads, replacing bridges and culverts and paving many miles of roads. There were two much needed projects that weren’t on the list and Wilkens told the commissioners they might never be.

Namely, the “mouse holes” at the railroad underpasses at Hamilton Mason Road and Kyles Station Road, that would cost about $12 to $13 million to widen.

“That’s a bottleneck every time you come to those and it’s scary when you drive through it,” Commissioner Cindy Carpenter said.

Wilkens said they spent around $250,000 engineering a way to fix those overpasses — with the least amount of railroad downtime — but the Norfolk Southern Railroad will not allow it.

“We thought on two separate occasions we had the railroad convinced to do that,” Wilkens said. “We spent the quarter of a million. We hired the consultants we thought had a rapport with NS and we were led to believe it was going along good, and then boom, no we’re not doing it.”

A couple major road improvements wrapped up earlier this year; the $4 million Yankee Road project that had people detouring for about a year and the $7 million widening project on Ohio 747.

New roundabouts at Hamilton Mason and LeSourdesville West Chester roads — that straddle Liberty and West Chester townships — and Millikin and Yankee roads in Liberty Township and at Beckett and Smith roads in West Chester Township were all completed this year and Schwieterman said all three have now been landscaped.

The long awaited Millikin Road drainage fix — it used to be a lake there when it rained — is also finished and apparently working.

“Everything is working good and we don’t anticipate any issues with that,” Schwieterman said.