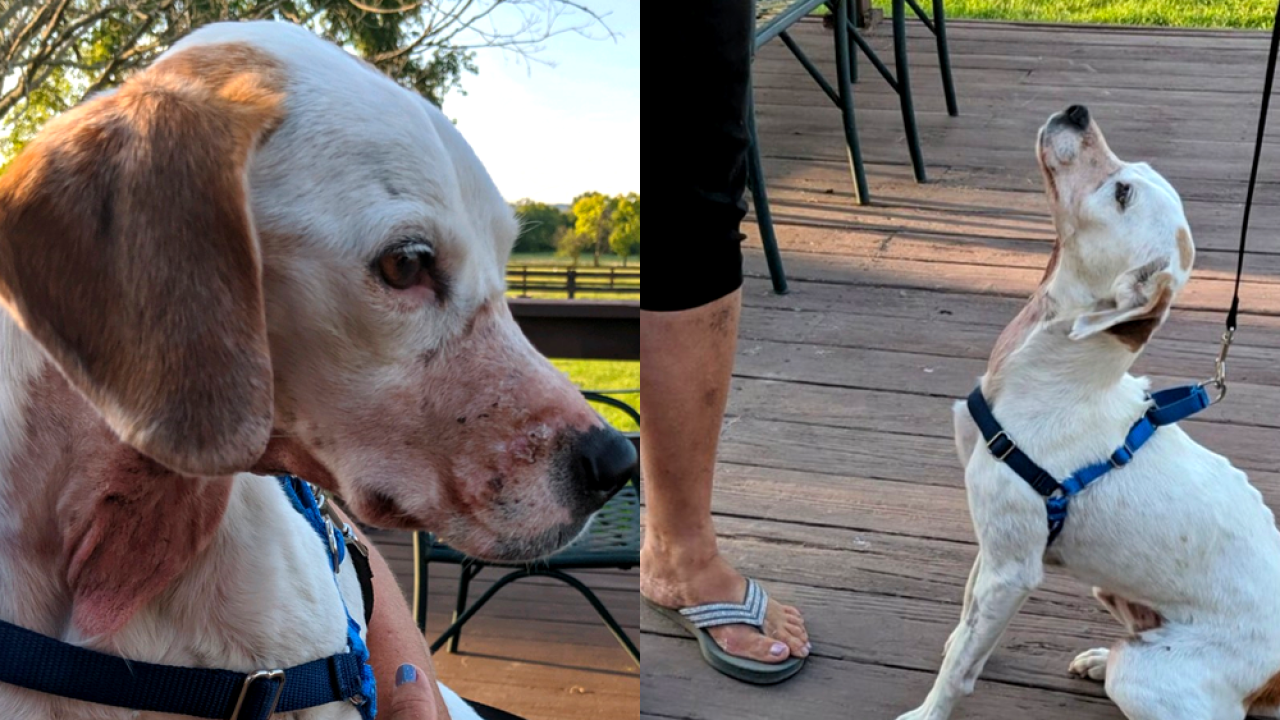 MIDDLETOWN, Ohio — Butler County officials are asking for the public's help to find the owner of a dog found severely abused.

The dog was found along Trenton-Franklin Road with its muzzle taped shut and throat cut.

After being taken to a veterinarian, a chip identified the dog as having been adopted out of Heart Rescue in Cincinnati in 2011.

"This is appalling, words cannot describe the disgust I'm feeling right now," Sheriff Richard Jones wrote in a news release. "We will work diligently to find who did this and seek justice."

Anyone with information about the dog or its former owner should call the Butler County Sheriff's Office at 513-785-1000.