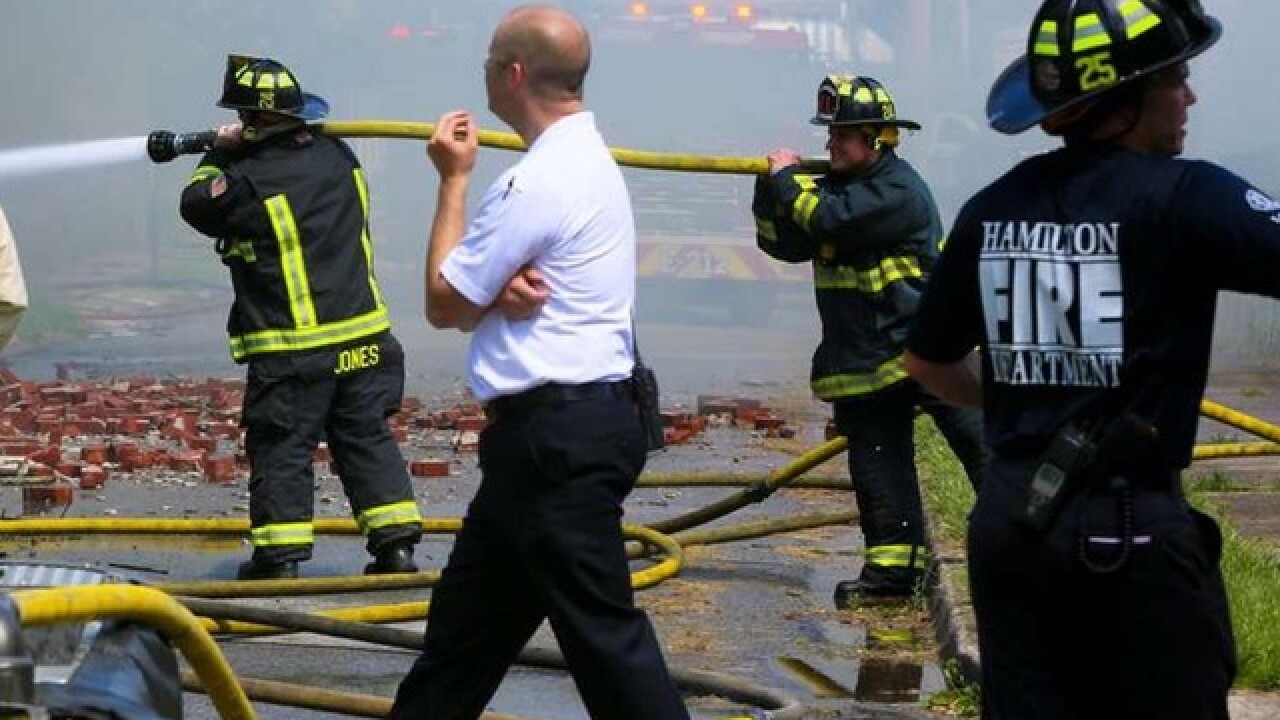 Greg Lynch | The Journal-News
<p><span style="color: rgb(68, 68, 68); font-family: Arial, Helvetica, sans-serif; font-size: 13.2013px; line-height: 15.8416px;">Hamilton firefighters responded to a house explosion near the corner of Hudson and Oak avenues in Hamilton on May 13. A man and woman were inside the house at the time of the explosion and were transported to a local hospital. GREG LYNCH</span></p>

BUTLER COUNTY, Ohio -- Most Butler County fire departments rely on part-time firefighters, but many struggle to recruit and retain these first responders, who often work at multiple departments.

It becomes a “revolving door” for fire chiefs who want to find qualified firefighters — ideally who have a paramedic certification. The part-timers often leave when a full-time opportunity arises at other area departments.

Complicating matters: the pool of candidates has declined because fewer people are seeking to become firefighters.

“We’re not seeing the recruits coming out of the (joint vocational school) and high school programs that we did several years ago,” Liberty Twp. fire Chief Paul Stumpf told The Journal-News.

Nearly a decade ago, Stumpf said would get 80 to 100 applications from potential candidates seeking a part-time firefighter position in Liberty Twp. In the last few years, he said the township may see 25 to 30 applications.

Until recently, Fairfield Twp. Fire Department had struggled to find qualified part-time firefighters, but now that trustees have increased the starting pay by several dollars per hour, they are looking to increase their part-time ranks.

And while it’s not directly related to recruiting and hiring part-time staff, both the city of Fairfield andLiberty Twp. are considering new levies to help fund their departments.

Fairfield’s request would be the first in 15 years. It would allow city leaders to increase minimum staffing at the city’s three departments and bring changes in the department’s executive staffing.

And those combination departments, such as Fairfield’s, periodically experience a hiring phase when other career opportunities arise due to retirements or expansion of staffing in area departments, said Fire Chief Don Bennett.

“When that occurs those individuals with the extensive training, paramedic certifications and experience are normally the ones who are hired to fill those positions,” he said. “This often leaves a department with individuals who may not be paramedics, or lack the same amount of training and experience as those who left for career opportunities.”

But that doesn’t limit a department’s ability to use the remaining staff in multiple roles in the department, such as a paramedic or apparatus operator, Bennett said. But because there are a number of departments that depend on part-time personnel, Bennett said fire departments “find themselves in a very competitive market attempting to encourage individuals to seek employment within their department.”

That was where Fairfield Twp. was sitting. They couldn’t compete because they were offering an $11.30 an hour starting wage for part-time firefighters. It’s been bumped to $15.50 an hour for firefighter/EMTs and $16.80 for firefighter/paramedics.

“Many area departments have by necessity added staffing, and it is typically done with part-time staff,” said Fairfield Twp. Fire Chief Timothy Thomas. “This, along with the recent improvement in the economy, has allowed area departments to replace or in some cases even add additional full-time staff.”

Having a primarily part-time staff does not allow the combination departments to use overtime and mandatory scheduling to maintain desired coverage levels, said Thomas. And the Affordable Care Act has reduced the number of hours a part-time employee may work before it is required to offer health care.

“With all of these factors, we are having some turnover issues and are also seeing an increase in costs as we continue to hire replacement staff members,” Thomas said.