Butler County could be closer to knocking down old, dangerous buildings 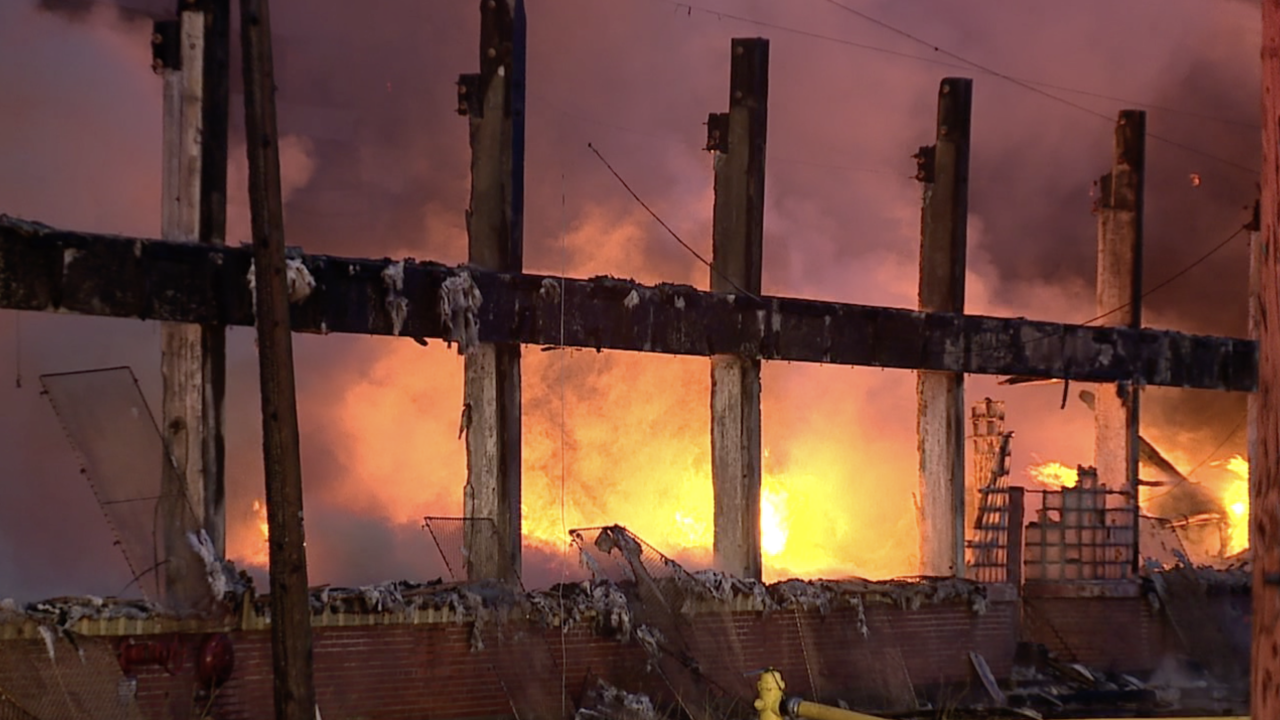 BUTLER COUNTY — A massive Hamilton fire that destroyed a block-long warehouse in July is a prime example why Butler County jurisdictions need to target razing dangerous commercial eyesores, and the state legislature might be part of a $100 million statewide solution, officials said.

House Bill 252 would provide $100 million over two years for demolitions, including commercial structures. Federal and state grant funding has previously been restricted to residential demolitions.

The Butler County Land Reutilization Corporation, more commonly known as the land bank, was created in 2012 after the state provided $2.7 million in Moving Ohio Forward funds. The land bank acquires foreclosed or blighted properties and pays for demolition. The Butler County land bank is governed by a seven-member board and has one employee.

Moving Ohio Forward was created by Gov. Mike DeWine when he was the state’s attorney general using Ohio’s share of the National Mortgage Settlement for foreclosure abuse reached in 2012 with the nation’s largest mortgage servicers. The attorney general’s office diverted $75 million from the mortgage settlement to the property demolition grant program to combat blight left by the housing crisis.

The new house bill was introduced in May and currently resides in the House Finance Committee. Several local officials have testified in support of the bill, including Tom Vanderhorst, Hamilton’s executive director of External Services. He told the House Economic and Workforce Development Committee there are about 120 vacant commercial structures in the city that need attention, but more funds are needed.

He testified prior to the July 25 fire at the warehouse on Laurel Avenue in Hamilton and used the warehouse in his pitch to get legislators to lessen the 50 percent local match.

“The property listed at 999 Laurel Avenue alone would cost the City $750,000 to demolish making even a 50 percent match almost insurmountable,” he said. “Eliminating the match for commercial properties or reducing it to a maximum amount would allow us a greater opportunity to address some of these more impactful derelict properties.”

Vanderhorst told the Journal-News the contract for the emergency demolition — the structure had to come down immediately for safety reasons — was for up to $200,000, but Vickers Demolition has said it can probably keep the cost closer to $150,000. Because the property wasn’t in foreclosure — it was purchased two days before the fire — county land bank funds aren’t available.

A 500% leap from about 500 to 3,000 foreclosures between 1999 and 2010 prompted the establishment of the land bank in Butler County. In the beginning only the two largest cities, Hamilton and Middletown were members of the land bank because they provided $1.1 million each in order to collect the Moving Ohio Forward monies.

Since then, millions more has come available through the federal Hardest Hit Fund, Neighborhood Initiative Program and a 1 percent slice of delinquent tax and assessment collection funds (DTAC). The commissioners agreed to siphon 1 percent of DTAC funds, which are late payment penalties on real estate taxes, in 2014, which opened up land bank services to the rest of the county. So far the land bank has received $791,850 in DTAC funding.

Vanderhorst is hoping the county commissioners will consider increasing land bank’s cut of DTAC to help jurisdictions come up with the 50 percent local match if HB 252 passes. Most if not all of the 54 land banks in the state get a 5 percent cut.

“Either make everybody charge 5 percent and make it happen at the state level, or take this money and say you don’t have to provide a match for it,” Vanderhorst told the Journal-News. “Make it more powerful, by raising the DTAC fees here, but we have to be sensitive to the schools.”

Increasing the percentage takes funding away from the schools and treasurer and prosecutor’s offices — they collect the delinquent taxes — that also share the DTAC pie. Lakota Schools gets the largest share of DTAC and lost about $28,000 when the 1 percent was moved to the land bank. If the land bank’s share went to 5 percent the loss would increase to about $140,000.

Land Bank President Kathy Dudley said she will only consider asking the commissioners for a boost if HB 252 becomes law, and even then there are other considerations, such as whether interested communities have resources to put toward a grant and the “likelihood of any grant application being successful with those resources.”

County Treasurer Nancy Nix, who is largely responsible for the land bank’s creation, said there is a “severe need” for commercial blight eradication funding.

She said that next year, when the county’s general fund debt drops to zero, commissioners will make helping other jurisdictions with economic development projects a priority.

“I think there is a sense in Butler County to let the market take care of a lot of private property concerns, but there comes a time when the government has to step in and help if it can, using tools like the land bank or the port authority,” she said.

“And with the commissioners paying off the general fund debt, they might have a pot of money to look into special projects throughout the county. So we’re hopeful.”

Commissioner Don Dixon has said he’ll “look at anything,” including increasing the percentage of DTAC, to raze the old abandoned commercial buildings that pepper the county.

Commissioner T.C. Rogers said he’ll consider it too, but it has to make sense financially.

“If DTAC money were be increased, it would have to follow a formula that as a result it would demonstrate raising the values of the location around there, which would offset the loss to the schools, and see what the net effect would be,” he said. “It’s just doing the math and measuring the benefit.”

Middletown City Manager Doug Adkins said the land bank has been instrumental in his city’s effort to overhaul its housing stock. For two years officials have been working on plans to redevelop housing stock to make it more competitive so they can also attract businesses.

“It’s not only the removal of blight and/or the increase in property values in nearby surrounding homes,” Adkins said. “But it is also the creation of opportunities for private investment in neighborhoods that previously were not deemed viable for new housing.”

Deborah Flora, executive director of the Ohio Land Bank Association, said splitting the possible $100 million wouldn’t make any individual jurisdiction flush, but “it would be a starting point.” She noted her land bank in Mahoning County, home of Youngstown, started with $4.2 million in Neighborhood Improvement Initiative funds and is ending with more than $14.8 million in demolition reimbursements.

“We do believe the need far exceeds what we’re asking for, but I think this would be very similar to NIP,” she said. “There was an initial pot of money and land banks demonstrated what they could do with the resources available. The pot of money grew.”

Thank you for reading the Journal-News and for supporting local journalism. Subscribers: log in for access to your daily ePaper and premium newsletters.

*Some DTAC funds are used for administrative purposes