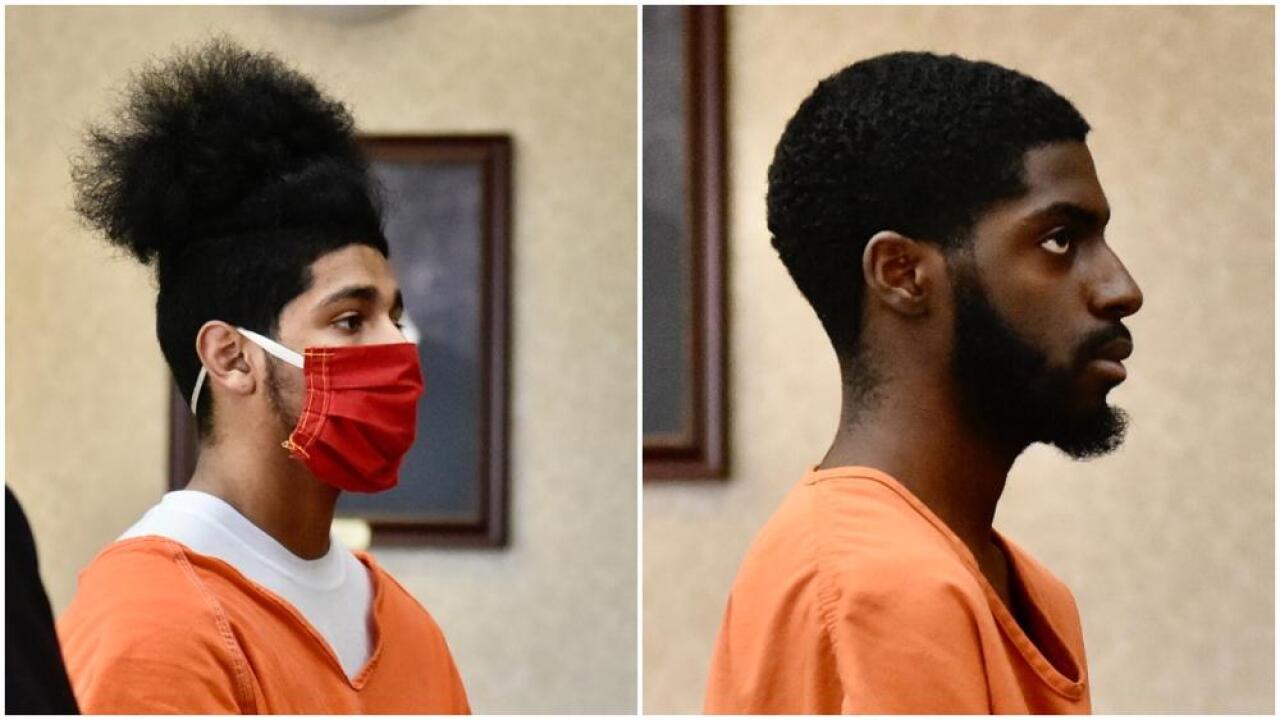 Bonds were set this morning for two men allegedly involved in a fatal shooting June 10 in Liberty Park, according to the Journal-News.

Bond was set at $1 million for Zyquon Moody, 18, of Hamilton, who allegedly shot and killed Antaun Hill Jr., 18, a 2020 Fairfield High School graduate.

Butler County Common Pleas Court Judge Jennifer McElfresh set bond at $500,000 for Romel Velasquez, 18, who originally was charged with murder but later was charged with felonious assault. His bond was lowered from $750,000.

After McElfresh set the bond attorney David Washington told her the $500,000 was “a very high bond” considering the charge.

She said Velasquez was a “danger to the public” and a flight risk.

Moody and Velasquez are scheduled to appear for their next hearings at 1 p.m. July 9.

Butler County Sheriff Richard Jones said the incident began with a previous theft and two groups meeting to fight in the park. Jones said Velasquez began firing into the crowd, striking Hill and injuring two others. But further investigation revealed another gun was fired during the incident that happened about 10 p.m., according to the sheriff’s office.

In addition to the fatal shooting of Hill, Zyshaun Johnson, 19, of Cincinnati, was shot.

On Friday, the murder charge was dismissed against Velasquez in Butler County Area II Court.

Hill was a recent graduate of Fairfield High School, where he played football, and he planned to play at Independence Community College in Kansas.