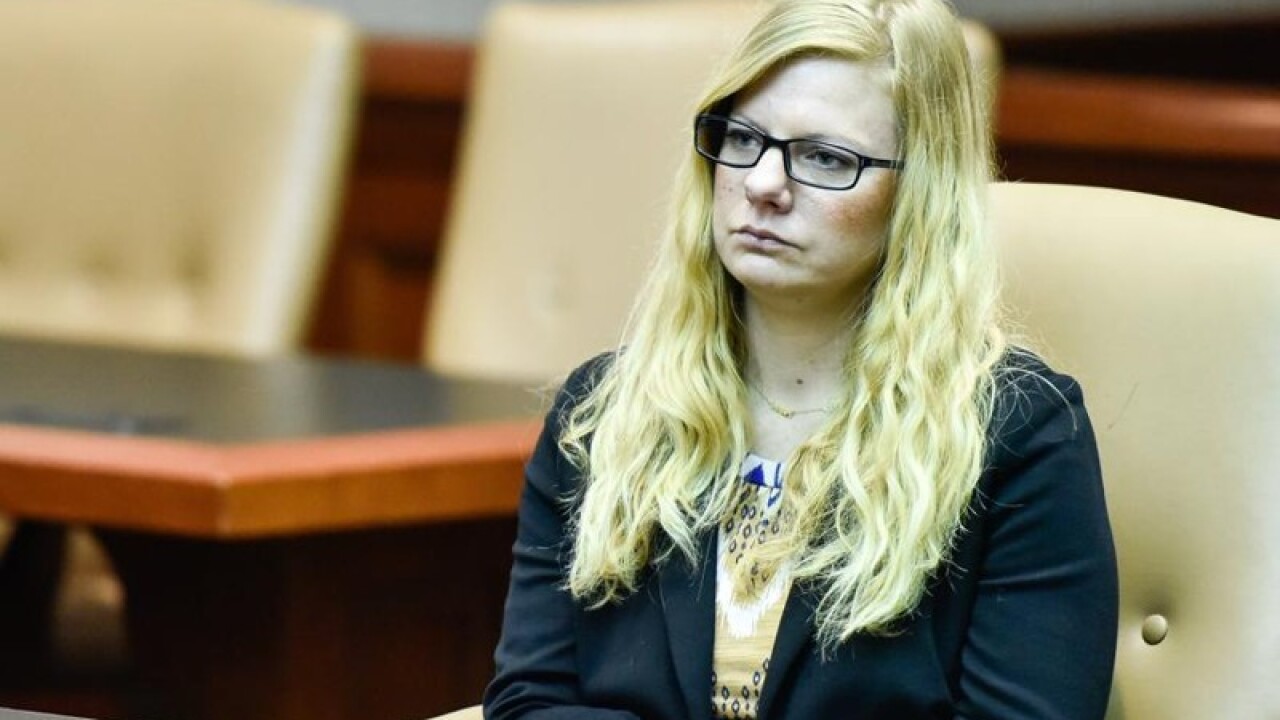 Nick Graham
An April trial date has been set for Lindsay Partin of Hanover Twp. who is charged with involuntary manslaughter and child endangering in addition to murder for the death of a 3-year-old Hannah Wesche she babysat. (Photo by The Journal-News)

A Hanover Twp. woman convicted in April of killing a 3-year old toddler she was babysitting has filed an appeal citing several errors in Butler County trial.

The jury deliberated 12 hours before finding Partin guilty on all charges. She was sentenced to life in prison with the possibility of parole after 18 years.

The 20-page appeal motion filed last month at the 12th District Court of Appeals outlines a number of alleged legal errors, including Partin’s case was prejudiced when the prosecution failed to disclose some facts in the case and she received constitutionally ineffective assistance of counsel.

During seven days full days of testimony, the jury heard Partin’s confession to slapping and hitting the toddler in the days leading up to March 8, then shaking her on that day. She also said the 3-year-old had a couple of falls that cause the bruising observed by the doctors, coroner and EMTs.

Dueling doctors gave testimony about how long the child could have been walking, talking and acting normally after the fatal head injury. Doctors who treated and observed Hannah at Cincinnati Children’s Hospital said she would not have been able to function within seconds or minutes.

The forensic pathologist who performed Hannah’s autopsy, said the child suffered deep bruising to the back of her head, some of which was revealed only after the skin was peeled away from the skull. She also had a hemorrhage to the optic nerve and “tremendous brain damage.”

The prosecution’s witness said Hannah’s death was a homicide and the toddler would not have been normal within “a couple moments” of receiving the injury.

Hannah was with Partin for a matter of seconds or minutes on March 8, 2018, before she collapsed, and the defense said the child’s father, Jason Wesche, who dropped her of that morning, could have caused her injury, or it could have been a fall.

At trial, the defense pointed out the inconsistencies in Jason Wesche’s testimony when he took the stand.

The appeal argues the Partin’s counsel was ineffective by not filing a motion to suppress her interrogation statements to investigators and failed to object, or even ask for a continuance, when counsel were surprised by undisclosed information by the state concerning Jason Wesche’s “lies” to investigators and that his friend was a the residence hours before Hannah Wesche collapsed.

The appeal also states, “Reviewing the entire record, weighing the evidence and all reasonable inferences and considering the credibility of witnesses leads to the finding that the jury lost its way and the convictions must be reversed.”

Oral arguments have been requested in the appeal. As of Tuesday the prosecution has been yet responded.