A hidden surprise, to some: Butler County among state leaders in suicides

4th highest in number of suicides in Ohio 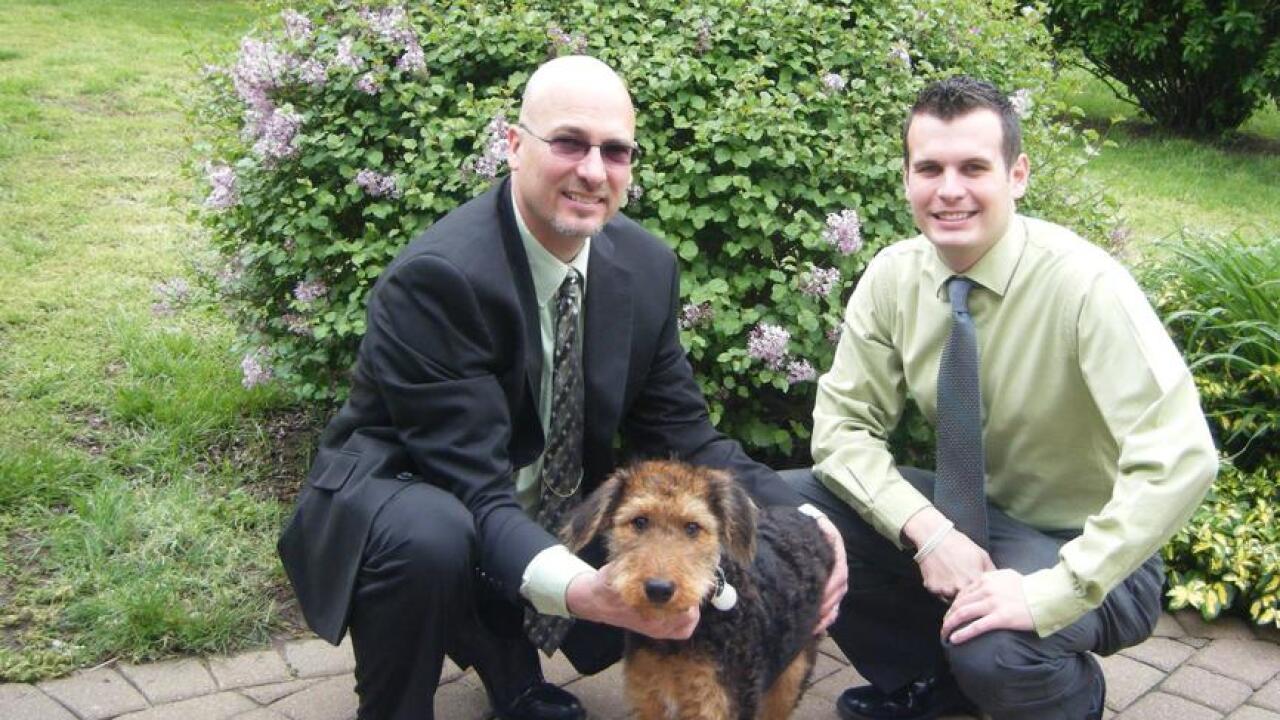 Provided
Scott Bradshaw, left, of Fairfield Township committed suicide at age 50 in 2013. His son, Tyler, began blogging about it three years ago and speaks to Fairfield Freshman School students about suicide each year. Scott’s blog is at seeyabub.com.

HAMILTON, Ohio — When Dr. Lisa Mannix, the Butler County coroner, speaks to groups, people are surprised to learn how many suicides happen each year in Butler County.

“The community just doesn’t realize the number of people who take their own lives,” Mannix said. “As hard as it is to talk about, we have to talk about it. It’s a reality. It happens.”

Last year, 41 suicides occurred in Butler County. In recent years, it has ranked fourth highest in Ohio in number of suicides, according to the county’s suicide prevention coalition.

Tyler Bradshaw of Fairfield Twp. was hit so hard by his father’s 2013 suicide at age 50 that he has been writing a blog about it for the past three years and visits the Fairfield Freshman School, speaking with about 700 students in health classes each year about suicide.

His father, Scott Bradshaw, was a jovial man with a successful career at Matandy Steel in Hamilton. He was a good athlete who still played softball and had a loving, long-time marriage, but with ongoing bouts with depression and mental illness.

Looking back, Bradshaw says his father reminded him a bit of comedian Robin Williams, who killed himself in 2014, at age 63. Scott Bradshaw sometimes took medicine for his illness, but like many who have brain sicknesses, he often would stop taking the medications when he started feeling better.

“The one thing that, God, if I could go back and change right now, I would have done everything in my power to get my dad to talk to someone,” Bradshaw said. “Because that was the one thing he could never bring himself to do, and it breaks my heart to this day that he felt that level of shame, because he shouldn’t have.”

Bradshaw has been horrified by what some of the students have told him about their thoughts about taking their lives.

“There’s nothing more troubling than than a young kid who has got a really bright future in front of them coming up and saying they’ve contemplated suicide or attempted,” Bradshaw said. “The first day I spoke, I had a young girl who came up to me and said she was 10 years old the first time she thought about taking her own life.”

He and others have hope that with more people discussing suicide these days, more people will find help they need.

She and others hope a new technique called QPR, which stands for Question, Persuade, Refer, can reduce suicides. People learn to Question others about whether they have suicidal thoughts, Persuade them to get professional help, and Refer them to such help. Much like CPR, there are life-saving techniques to that can be learned in 90 minutes.

Nearly 1,000 showed up at Scott Bradshaw’s 2013 visitation, and “the thing we heard from people more than anything else was, ‘We had no idea,’” Tyler Bradshaw said. Coworkers, friends and church members had no clue, because he was so good at hiring his depression.

Bradshaw, who is associate director of Miami University’s admissions office and was 26 when his father died, likes the fact rgar some in the medical community are starting to call mental illness “brain illness,” because it helps convey the idea that just like a broken arm, brain maladies can be repaired.

In looking at 2018 suicide data, Latta-Landefeld was struck by one troubling local statistic. Although countywide suicides dropped by 6.8 percent, “Middletown suicide numbers doubled in one year from six to 12,” she said.

For every suicide, there are about 25 unsuccessful attempts. Two factors in the ones that are deadly are guns and hangings.

“I think you’ve got to drill down to how folks tend to commit suicide,” said Scott Rasmus, executive director of the Butler County Mental Health and Addiction Recovery Services Board. “A lot of them are men, a lot of them use lethal means, like guns, which may be more readily available to adults.”

“When you look at women, in a lot of ways, it’s more pills and less lethal means, so you’re going to see a trend towards men” who succeed in killing themselves, Rasmus said.

Bradshaw’s blog is at seeyabub.com, which is named after the expression his father used to say goodbye to him. He is getting married in two weeks to his fiancee, Paige, and is saddened that his father never met her, because they would have been “two peas in a pod,” with similar senses of humor.

“The one thing that weighs on me more than anything else,” Bradshaw said, “is at a certain point I know I’m going to look down from the front of that church and I’m going to see an empty seat in that front pew, and it eats me alive, because my Dad should be here for that.”

People can bring QPR training to their workplace, school, church or civic group by calling Kristen Smith at 513-407-2028 or ksmith@envisionpartnerships.com.

Here are some Butler County suicide statistics, advice to those wanting to help depressed friends or family, and a number to call for life-saving help:

People considering suicide, or wanting help fighting any type of drug or alcohol addiction, can call the Butler County Crisis and Heroin Hope Line at 844-427-4747.