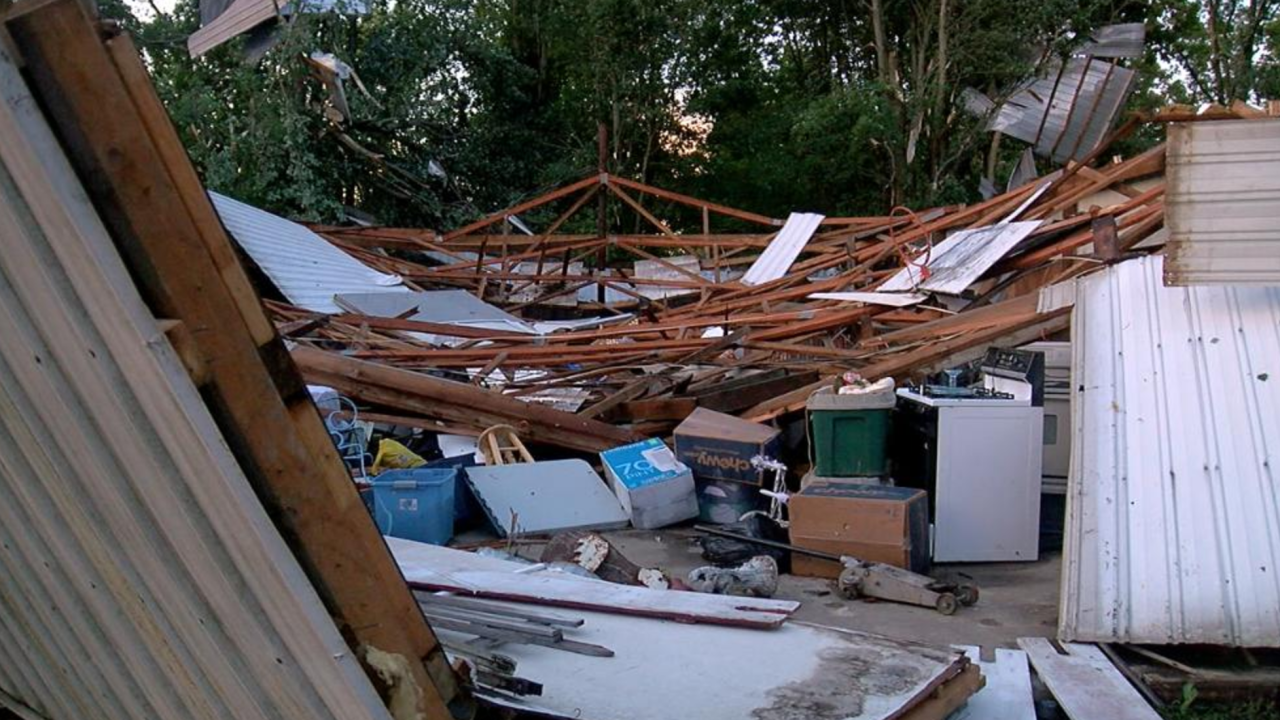 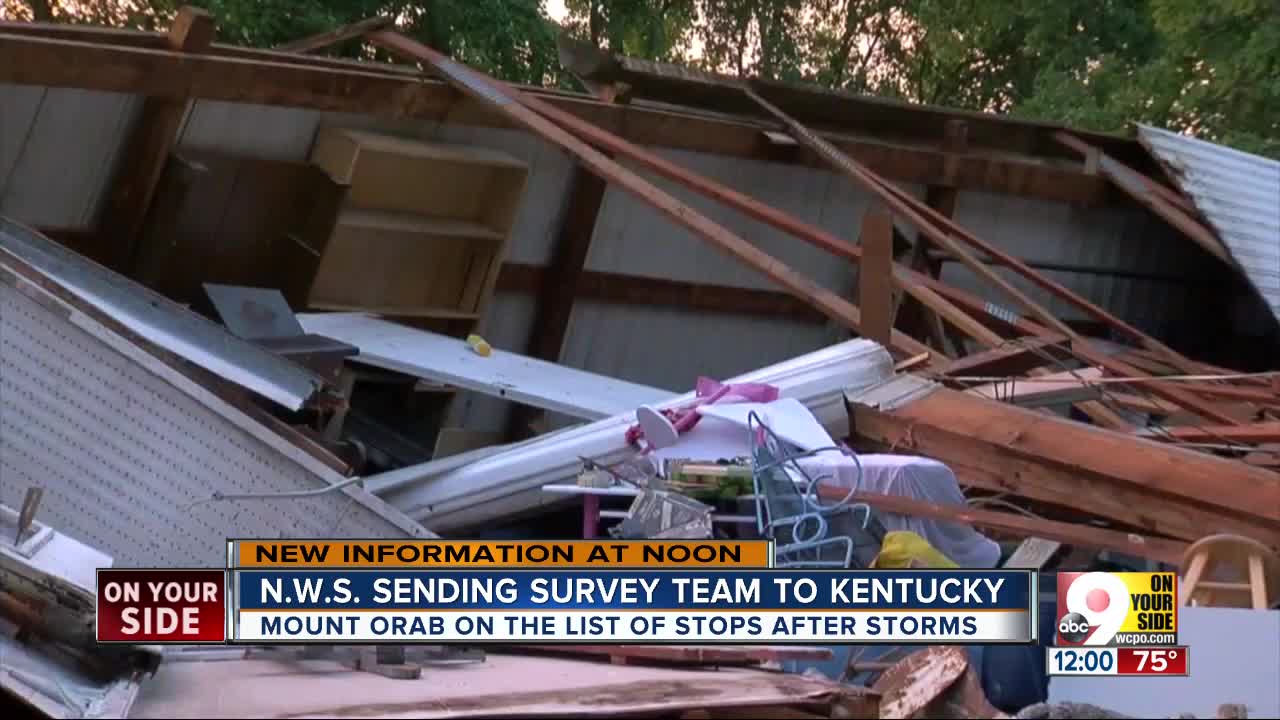 However, its preliminary analysis determined that the damage in Mount Orab was caused by straight line winds with speeds of 60-70 mph.

The storm caused a garage in Mount Orab to collapse and sent pieces of its siding into nearby trees.

Norsie Short made sure her nine cats were all safe inside when the garage collapsed, but the storm destroyed items she and her sister had collected for a yard sale benefiting the Brown County Humane Society.

According to the NWS, the tornado touched down shortly after 5 p.m. and followed a path from Minerva, Kentucky in Mason County to Ripley, Ohio in Brown County.

An EF-0 tornado is the weakest on the Enhanced Fujita Scale, with winds of 65-85 mph.

The weather service sent teams to do storm surveys in Brown County and Mason County on Tuesday. Here's a look at WCPO Meteorologist Jennifer Ketchmark's analysis of the radar:

Image 1
First let's look at the rotation as seen on radar using the storm relative velocity. When you see areas of red and green, this represents an area of rotation, commonly called a "couplet" in the weather community. You can see a brief couplet of red/green close together just northwest of Mount Orab where the garage was destroyed.

Image 2
This image is the shear analysis on our radar. Basically, what you are seeing here is sustained rotation in the atmosphere. The rotation started right around Mount Orab (darker red color) and continued to move northeast into Highland County. A line is drawn on the map to follow this rotation.

Image 3
This final image shows the radar but this is where things get a bit more muggy. There isn't a discernible "hook" in the radar but maybe a small inflow notch at times. But tornadoes don't always form in those hook echos. You can get rain wrapped tornadoes inside lines of storms like this and also along the front edge of a storm line too.