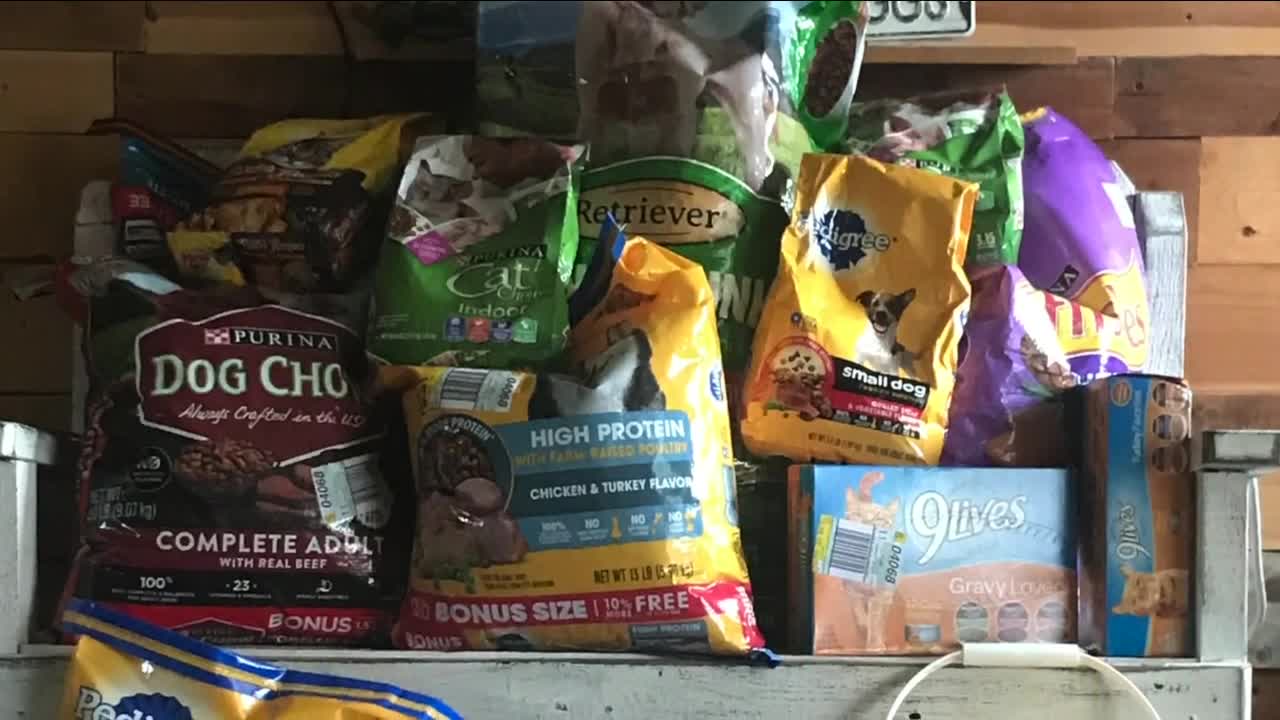 When money is tight and things are so uncertain, families in Brown County are faced with a difficult decision: how am I going to afford to feed my pet? 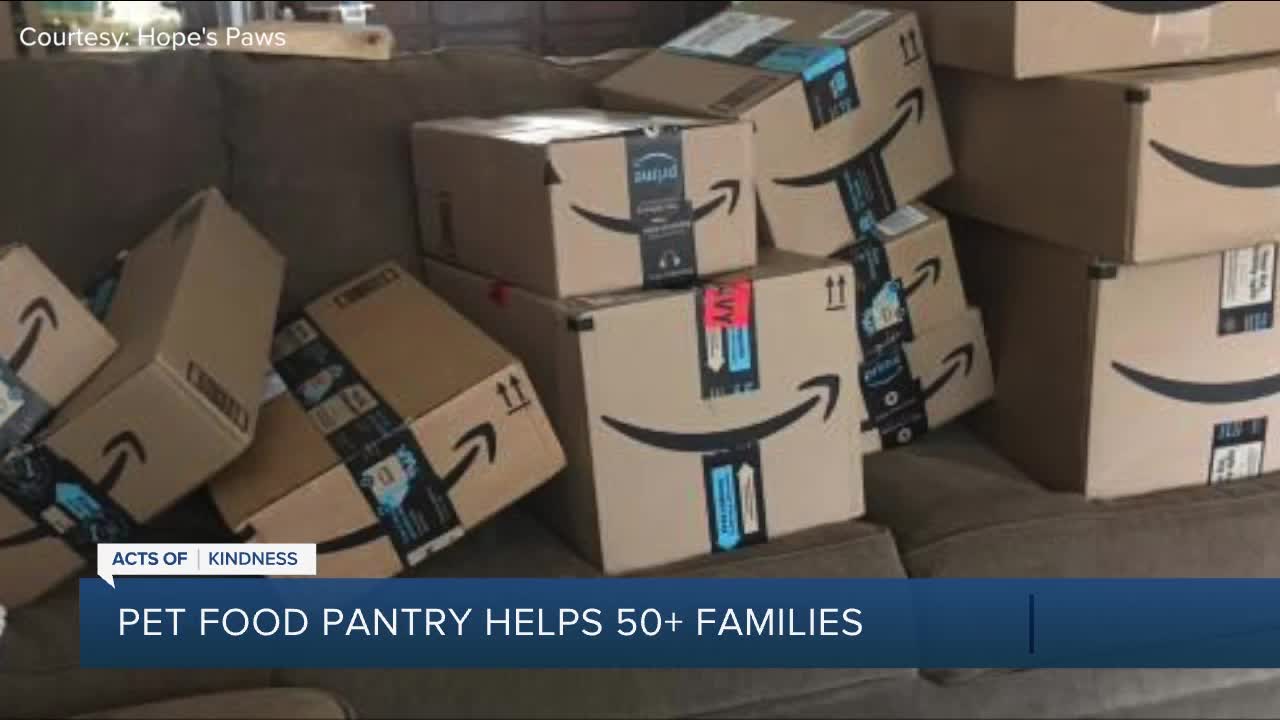 BROWN COUNTY, Ohio — When money is tight and things are so uncertain, families in Brown County are faced with a difficult decision: how am I going to afford to feed my pet?

Chasity Cecil with the animal rescue Hope's Paws has been helping people facing that decision.

"A lot of people have gotten laid off, so people are getting really nervous, thinking, ‘How am I going to feed myself, my family, provide for everything and then my animals?’ I've had four people ask me in the last three days if we would be able to take their animals if it came down to it, or if we could place them in rescues,” Cecil said.

Cecil doesn't want people to lose their animals, and local rescues are already full, so she stepped up and created a pet food pantry.

Donations started coming in right away. Soon, Cecil had to go to the post office to start helping the mail carriers get the donations back to her home.

In addition to people sending her items, people also called Tractor Supply Co. and made monetary donations, and two local businesses made nice donations according to Cecil.

Chasity Cecil with Hope's Paws started a pet food pantry out in Brown County when people started calling to surrender the pets. The feared they wouldn't be able to afford to feed them. In the last 2 weeks, she's seen donations soar. @WCPO pic.twitter.com/Egv93EUHQR

Since Cecil delivers the pet supplies herself, she makes connections with the people she is helping.

"She just said she was going to bring me a big thing of litter, and she did," Susan Edens, a pet owner, said. "Really I was so impressed, but not surprised because Chasity does so much for the community and I'm just so happy that everyone is seeing that now."

Sometimes Cecil gets a chance to meet the animals. One day, she met an elderly man and his 12-year-old rabbit. The man wasn't able to leave the house, so Cecil delivered the supplies for the bunny and some essentials for him, too.

She knows the calls are going to keep coming in -- you can help by donating to her Go Fund Me, purchasing items from her Amazon wish list or placing a purchased pickup order to Tractor Supply Co. in Sardinia.